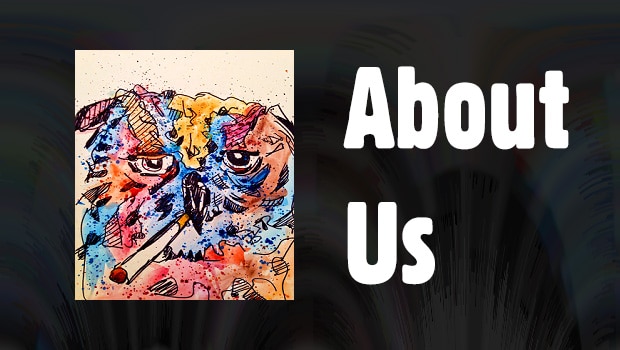 ‘Crack Macs’ is a nickname that Calgarians have used since the 1980s when referencing a 24/7 Mac’s Convenience store located at 7th Ave & 8th ST SW. Mac’s has since been re-branded to Circle K, however, we still call it Mac’s.

Because we live beside it, Crackmacs is the username we used when creating the @Crackmacs Twitter account, back in 2009, and then the Facebook/Instagram accounts.

Two Calgarians, but who we are isn’t important. We’re nobody special, just 2 ordinary people, and have no desire for fame, so we prefer to remain anonymous.

After moving into an apartment building on 8th street, we noticed it was .. a little nuts outside sometimes. Thought it would be an interesting thing to document it, what life is like living in downtown Calgary. Like a journal. Twitter had just started taking off at the time and it seemed perfect for what I needed. Facebook, Instagram, and even this blog were created several years later.

Hello world! I live on 8th st, right beside crack mac's in downtown Calgary. I will tweet about stuff that I see and hear from living here.

It was the nearest landmark we could think of that people would know the location of.

Doesn’t the name @Crackmacs make fun of people dealing with addiction? Or Homeless people? Or both?

No, of course not, see above. This name was picked simply because people would know where it was just by hearing the name.

What’s with the profile picture/avatar?

It’s an owl! Painted by Mandy Stobo. Her painting is based on our previous profile picture, an owl smoking a cigarette. Neither of us smokes cigarettes, it just seemed appropriate for some reason. We went with an owl because of the Mac’s owl. 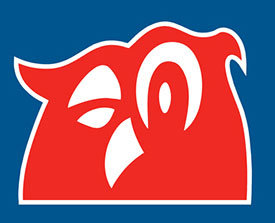 Mac’s owl logo. We had originally used this, their logo without the text, for about 7 days.

After the first week or so we switched our profile picture to this. The ‘not going to get us sued’ version of the Mac’s owl, but not actually being the Mac’s owl. Neither of us smoke cigarettes but it seemed like an appropriate thing.

One day this wonderful local artist by the name of Mandy Stobo created this version of the previous owl picture. This is a photograph of her painting. We’ve been using it ever since. We made an agreement with her as well, in that, anytime we make money using this logo (merch), 10% will be donated to the Calgary Food Bank.

We paid another artist to create this digital version which was used for enamel pins. Turned out pretty good! We ordered our pins through https://www.mrpinman.net which is based out of Alberta.

We run several of the biggest Facebook groups in Calgary.

Events and things to do in Calgary

Looking for something to do in Calgary? We have a page for that too.

Are you looking to donate?

Thank you very much!