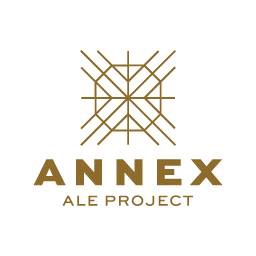 Overall how do you find their brewery?

Annex Ale Project is a medium sized brewery known for both their beer, and their non-alcoholic sodas. They’re located within the Barley Belt and only a 5 minute walk from 39th Avenue c-train station. The brewery seats up to 100 people, and it’s often packed, so making conversation is easy. There is also a patio if you’d prefer to sit outside, and there’s bike racks out front. Annex Ale Project is a nice space, often full of nice people. They have 3x core beers, but also brew all sorts of experiments. You can now find Lil Empire Burger and Annex Ale Soda Shop located within the brewery as well.

Also, there are absolutely no TVs. 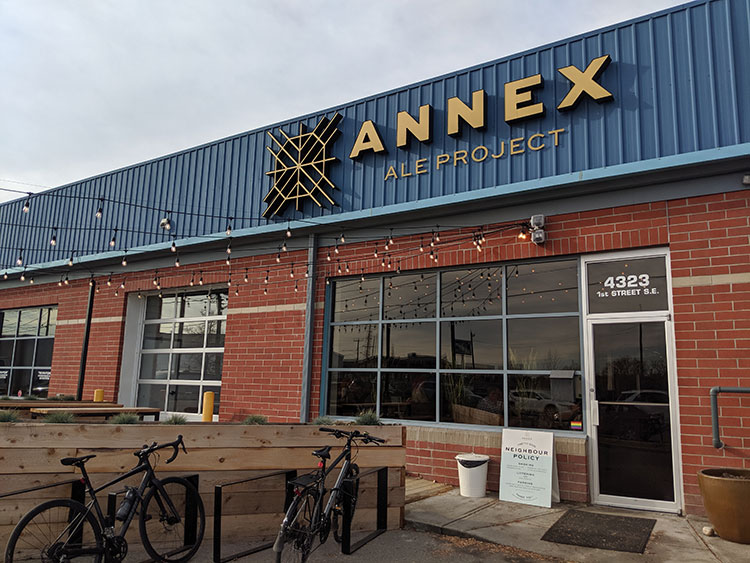 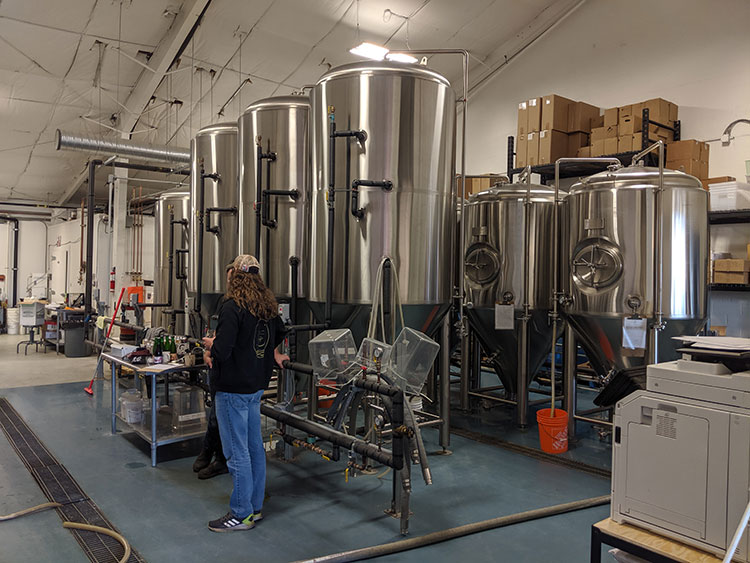 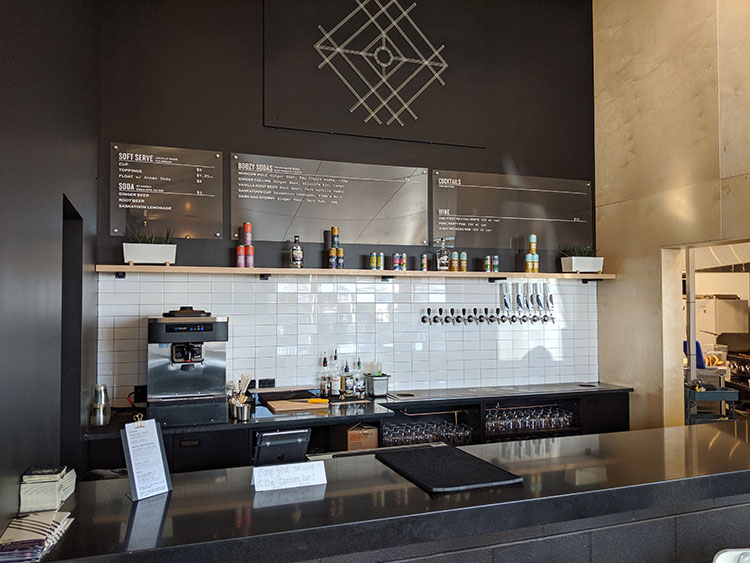 In their soda shop you can get soft serve ice cream, and/or make boozy floats! 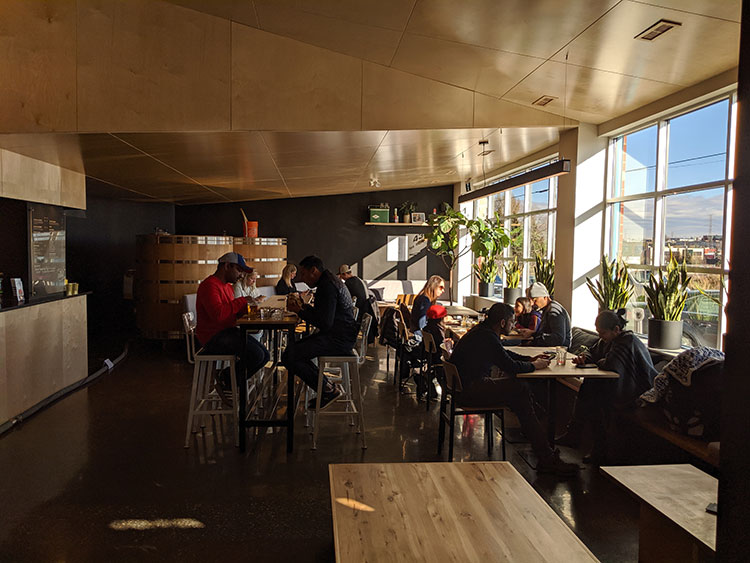 They’ve got lots of room to sit and stand. 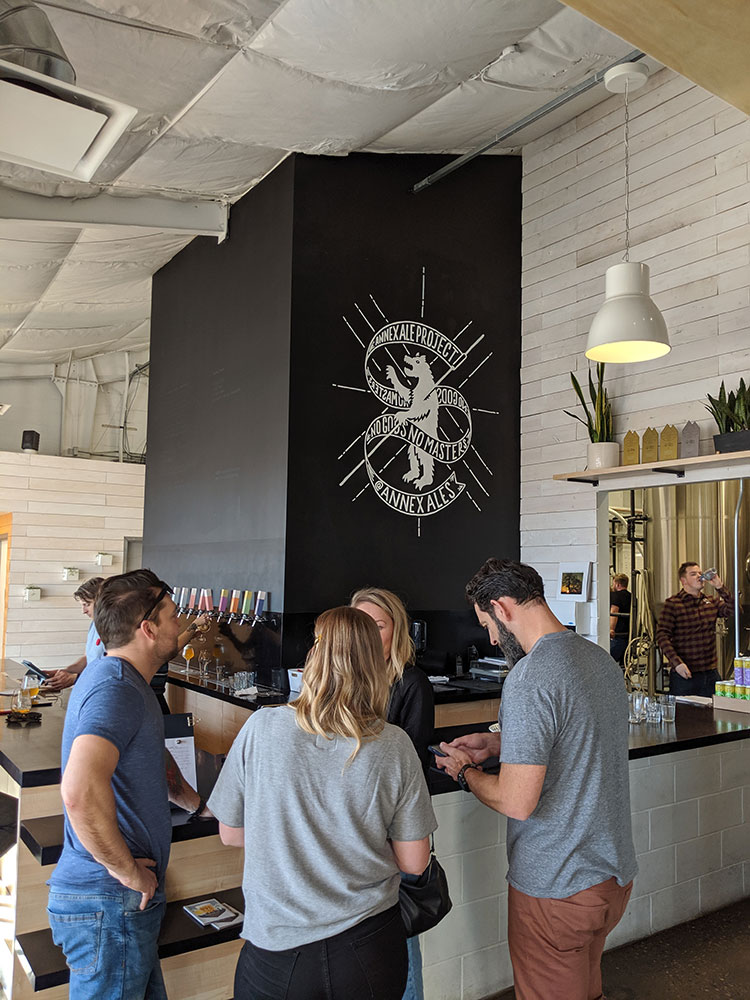 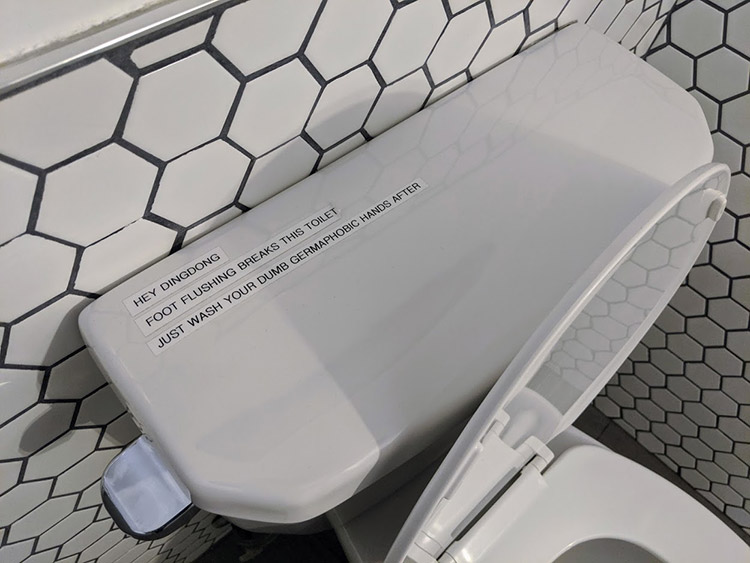 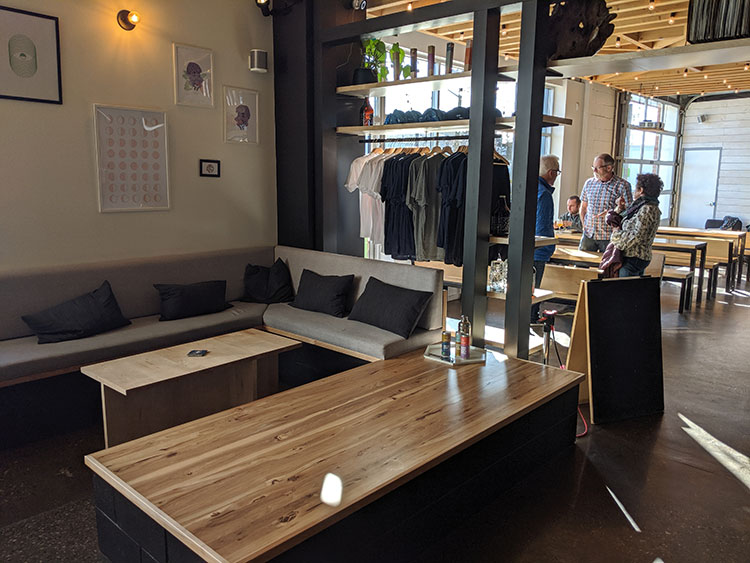 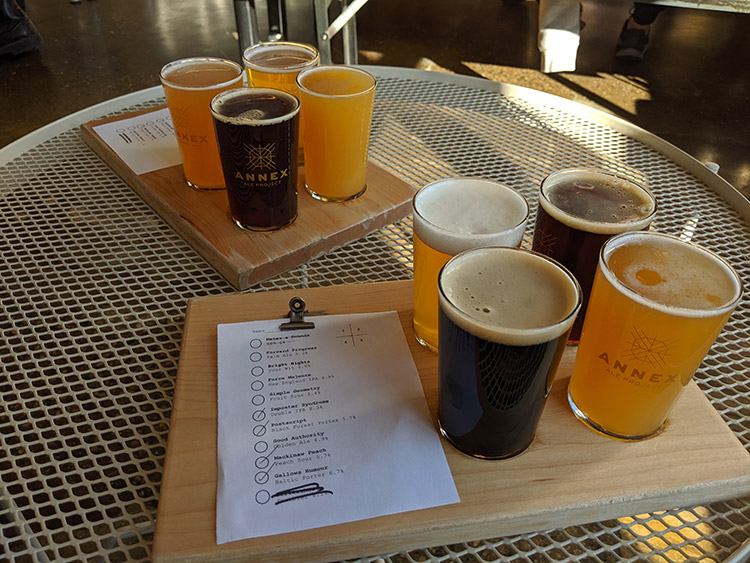 Grab a flight of beer!

What is a core beer? It’s a beer that the brewery sells that it will always sell. It’s what they’re known for. Small batches come and go but core beers are eternal.

Our XPA walks the boundary between and unmistakably aromatic IPA and a finely balanced Pale Ale. And it doesn’t walk alone: peach and apricot hop essence are backed by warm caramel and biscuit malts.

An aroma-forward Pale Ale, hopped with Citra and Mosaic varietals. It’s our take on the classic North American Pale Ale, with a hoppy bouquet and a long, harmonious finish: progressive, sessionable, and full of flavour. 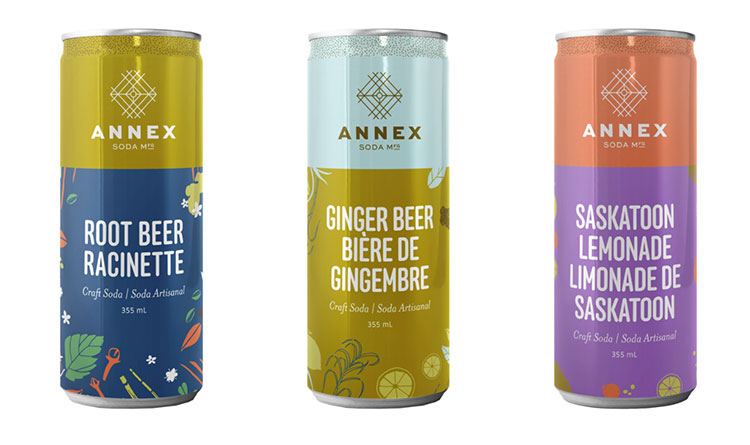 In addition to beer, Annex Ale Project also makes pop, although call it soda 😛 It began as an experiment back in 2016 while they were waiting for their brewery license, and they’ve been killing it ever since. Annex Soda Shop beverages can be purchased from within the tap room. The Soda Shop hours are the same as the brewery. 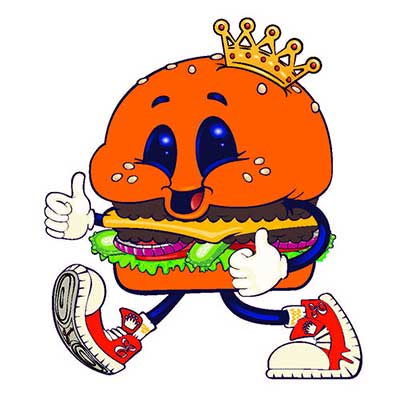 Lil Empire Burger servers up a variety of food from a takeout window located inside Annex Ale brewery. Everything is made in-house, no pre-made packages, and they only use high quality ingredients. You order your food, they give you a beeper, once it’s ready you go collect and enjoy. Lil Empire Burger is run by Karen Kho and Dave Sturies, the legends behind Empire Provisions. 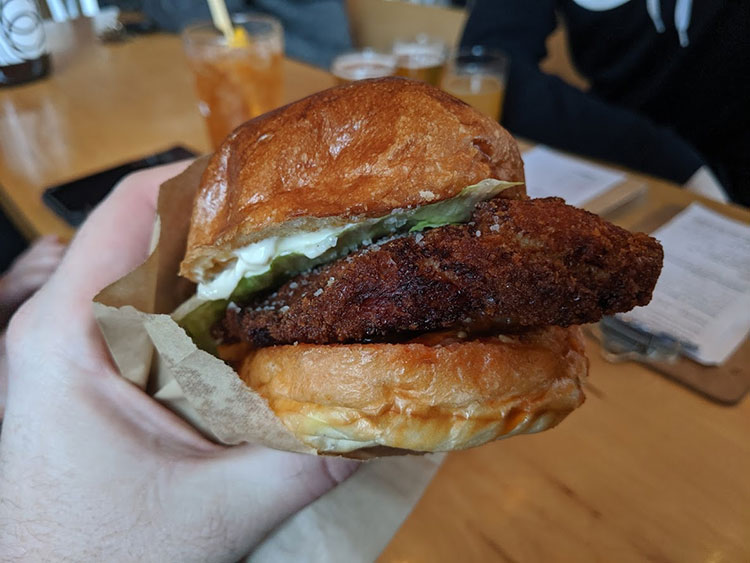