Circle K’s Rock Paper Prizes Game Is Back For 2020!

Circle K is fighting back against 2020 with a new version of their Rock Paper Prizes game, with more prizes and a better experience too. You’ve played rock paper scissors before, right? Probably to decide who wins something? The Circle K game is the same idea here except it’s web based and you can win a whole bunch of free stuff! They’ve increased their daily instant win prizes from 10,000 to 15,000 too! Plus, each entry puts you into a draw for the weekly and grand prizes. You can win BOGO coupons, free pop, chocolate bars, Frosters, bags of candy, energy drinks, nuts, real hot dogs, Lays poppables, chips, coffee, water + more.

You can see the full list of available within the official game rules.

(reply w/ any codes you won’t use!) pic.twitter.com/J4d6ULnzwb

Put together a quick video on how to play @circlekwestcan Rock Paper Prizes. It’s much faster now! You can play up to 3x per day, get entered into the weekly/grand prize draws!

Circle K Rock Paper Prizes – What You Can Win!

Each time you play the game, you’re entered to win one of the weekly prizes or one of the grand prizes. Our followers in the past have won these! Free gas for a year, and weekly prizes. Enter daily! 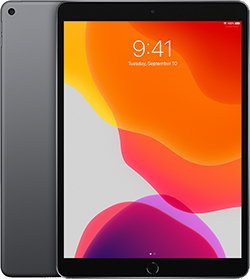 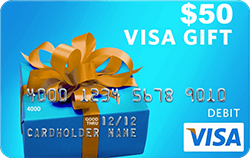 Free Gas for a Year 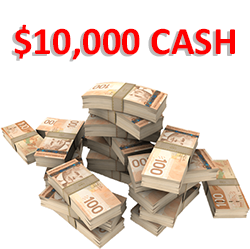 Each day visit https://circlekgames.ca, around the same time of day if you can (you can only play the game once every 24hrs, up to 3 rounds per game). Enter your phone number in the field, agree to the terms and off you go. 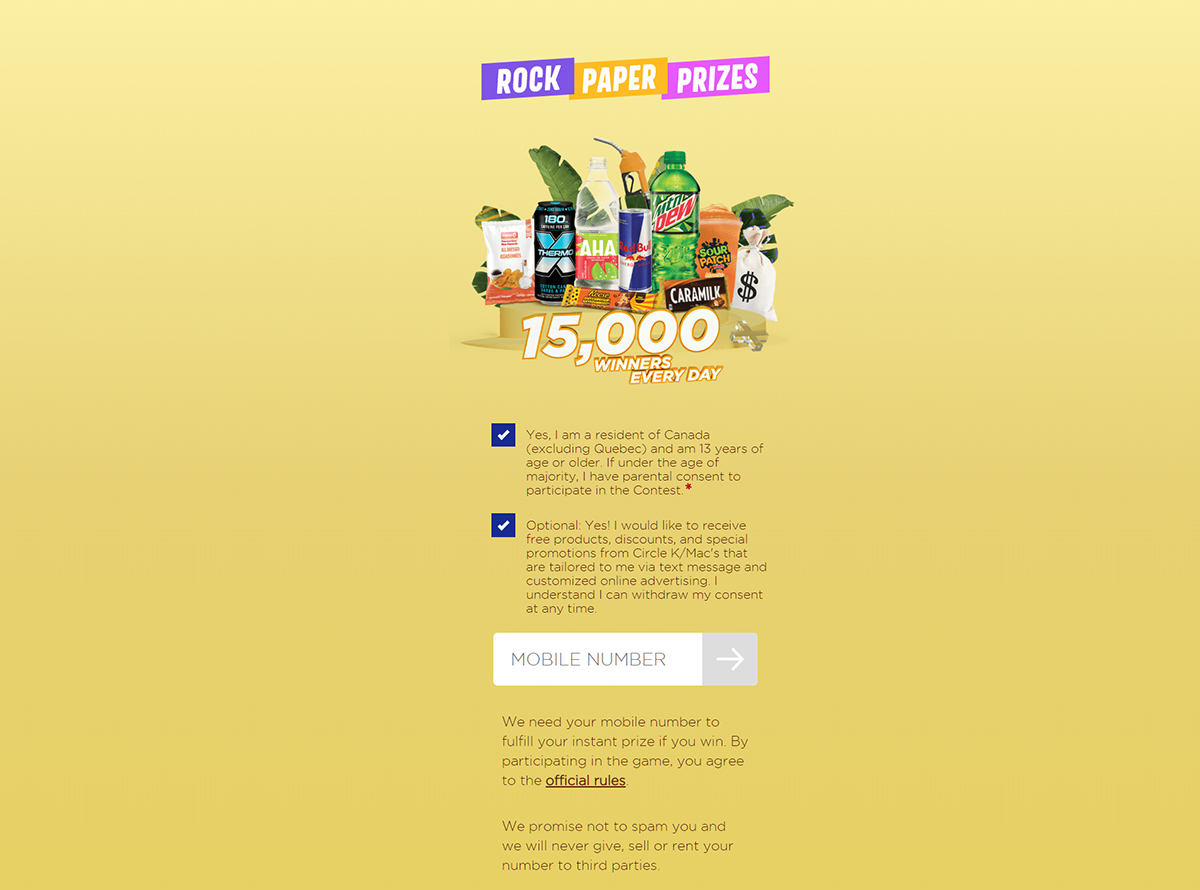 You’ll be presented with a screen that has one of several actual-Circle K employees waiting to compete against you in a traditional game of rock paper scissors. Best 2/3 wins! Even though it’s random, some people swear that certain employees do better with rock, paper or scissors, but I haven’t discovered any such pattern yet. That said, I usually start with rock, because rock is the best. It’s a rock.

The animation is super fast. You’re on the bottom, the computer player on the top.

If you win (yay, grats) you’ll see a screen like this, and it’ll send you a text with a link to your prize. You can share this gift prize with a friend if you don’t want to use it. Copy/paste it to them.

You’ll have 15 days to use the prize gift link you’re texted.

You can play up to 3 rounds each day, so you have 3 chances to win best 2/3. Pretty good odds! If you don’t win, make sure to hit that play again button until it disappears.

If you’re lucky enough to win one of the weekly prizes, you’ll see a different screen depending on what you’ve won. See below for some examples from previous things our followers have won playing Rock Paper Prizes.

What Our Followers Have Won

One of our followers won one of the previous grand prizes of free gas for a year! Pretty exciting. 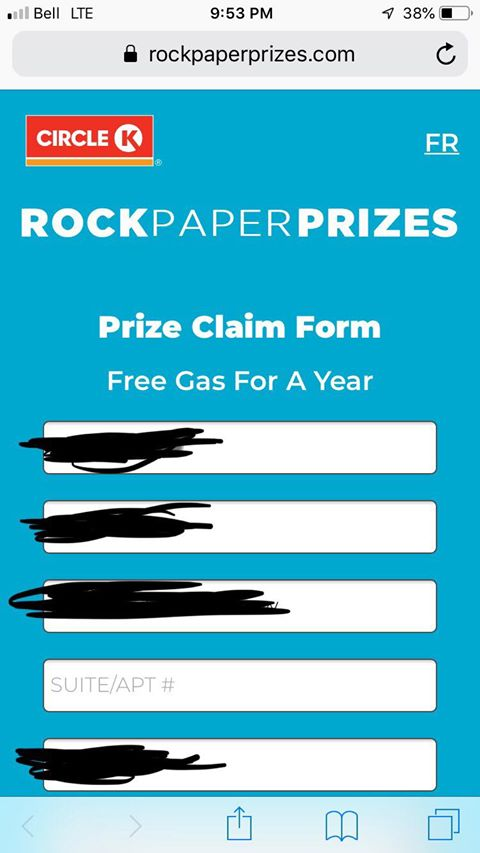 Kelly was one of a few people that won a Nintendo Switch! 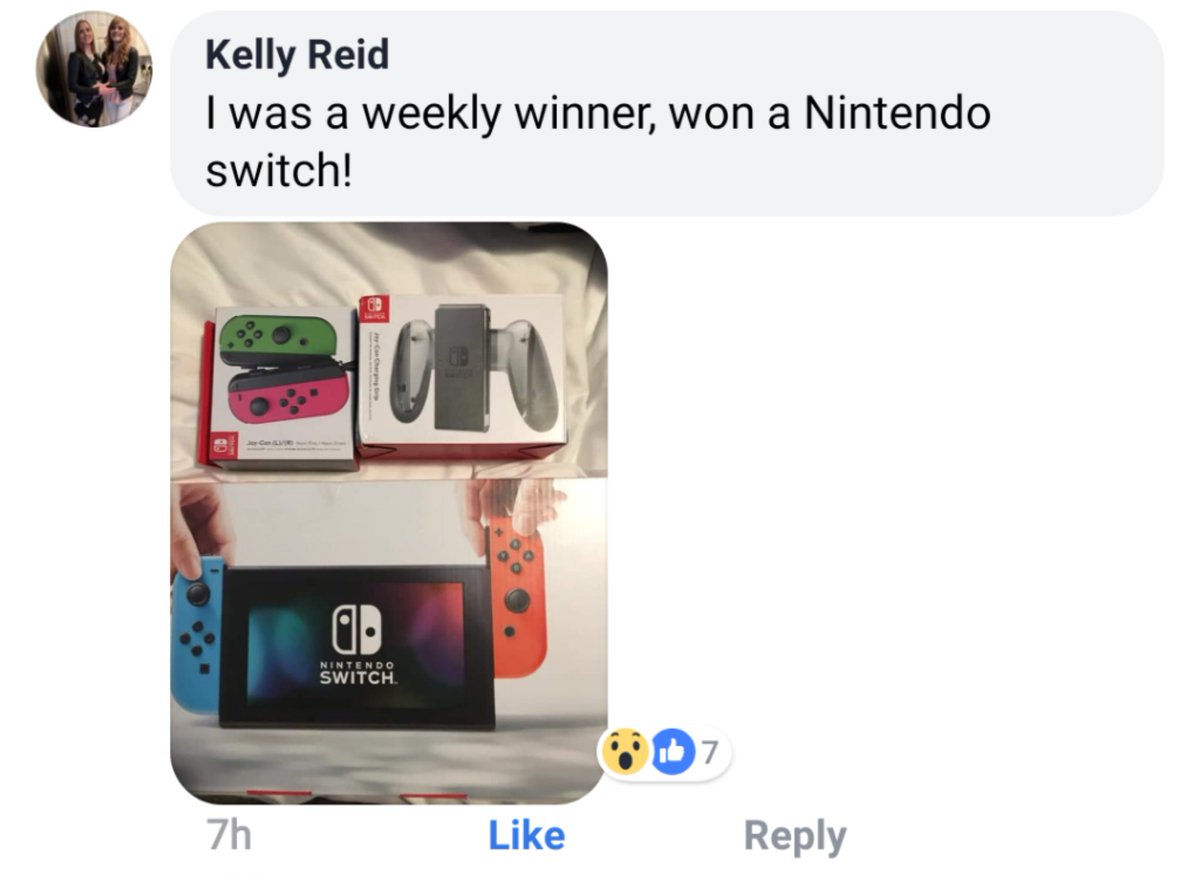 In one of the previous years @thelifeofbreezy won a PS4 Pro! 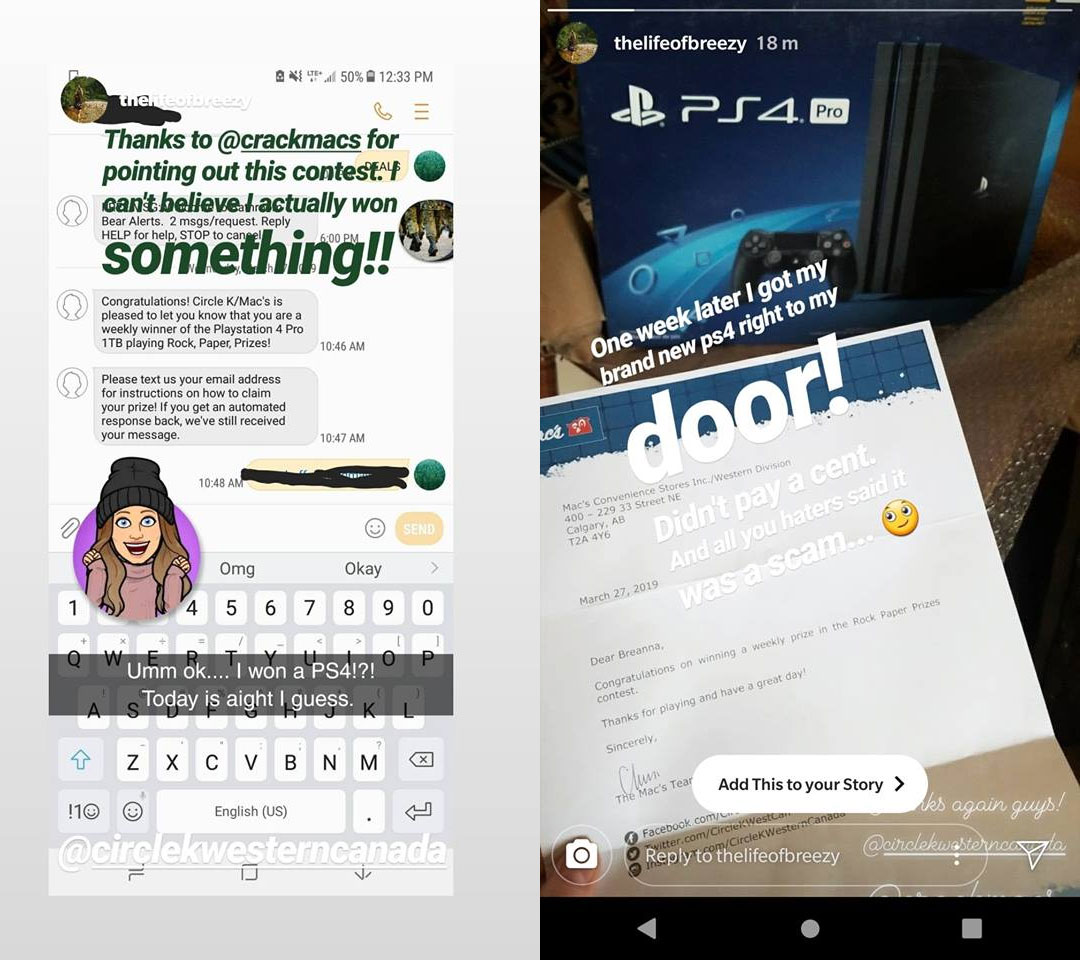 Rock Paper Prizes is as easy to play as rock paper scissors, which really is one of the best methods of determining the winner of anything, and it’s just fun. Go play, enjoy, win stuff! Goodluck.