Facebook discussion groups had been around for years before I started using them, as Facebook pages (@Crackmacs) were never able to take part in them. One day I noticed I can create a Facebook group, as a Facebook page! I really wanted to create my first group, but didn’t want take this opportunity lightly. I had an idea but first needed to do some research as this was new to me. Also, I didn’t want to try and make something that was already established. Why bother?

My idea was to create a group where Calgarians could share real-time updates on important things happening around the city, which is something I’ve more or less been doing myself for the past few years. Not events or concerts or anything, but things to do with emergency services. Floods, fires, police responses, SWAT, k9, EMS, anything like that. I spent 3 weeks researching and looking through other Facebook groups which were kind of similar, but for bigger cities around the globe. I was looking to see what worked for them, or what didn’t work. I quickly learned that in order to do this properly, I needed to run the group with an iron fist. Off topic posts deleted, spammers blocked instantly (no second chances).

Something large Facebooks suffer from is a lack of direction and moderation. Without it they kind of turn into a wasteland of spam posts and off topic noise. I didn’t want that to happen with this group, so I set some ground rules from the start and brought on some good friends to help me moderate it. I created the group and called it “What’s happening in Calgary“. At present time, What’s happening in Calgary has just under 15,000 members. It’s been over a year now since I created it. In that time I’ve made several other groups to help promote local discussion! So many groups that I decided to create a new Facebook page for them entirely.

With the launch (and success?) of What’s happening in Calgary, I decided to branch out into other group topics that already hadn’t had an established community for Calgary. Rather than create these groups under /Crackmacs, I created a new Facebook page for them: https://www.facebook.com/CalgaryGroups

It makes sense to house them under one profile. Also the username is more relevant. Right? I think so.

Below are some of the Facebook groups I’ve created and their descriptions. A big thank you to the people that help moderate these groups!

Do you have a question for Calgarians? Ask it here. 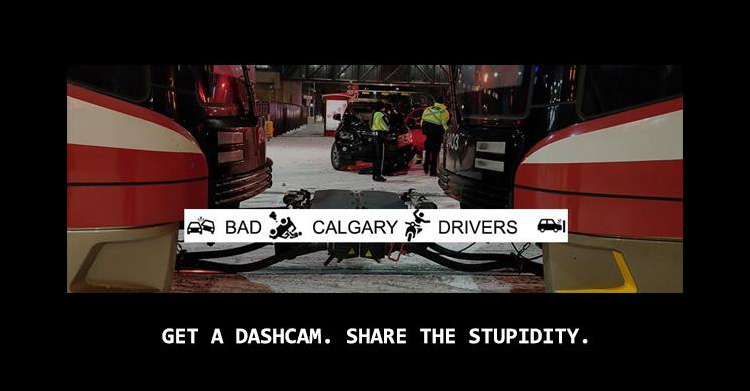 When I created this group, there was already a “Bad Calgary Drivers” group in existence, however it was shut down due to drama. It opened up sometime later, and has way more members. There’s over 500 people in mine, so I decided to keep it going. Share your dashcam videos of Calgarians behaving badly, stories, pictures, rants, raves, or anything else relevant to driving in or around Calgary. 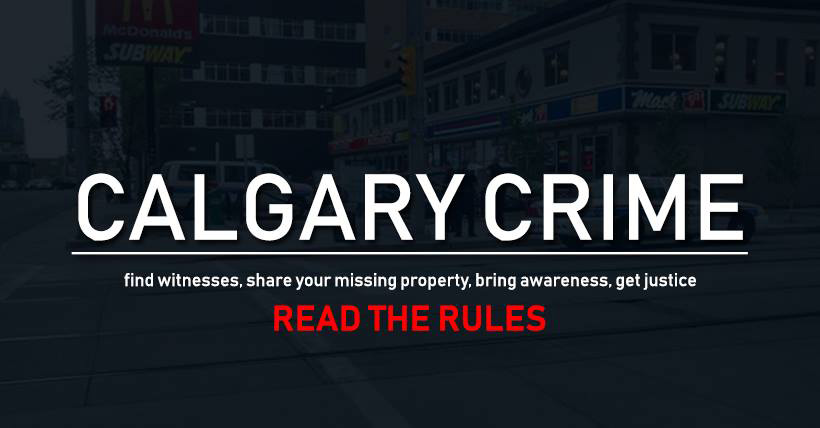 A group for Calgarians to share pictures/video/information related to crime in Calgary. Did someone steal your car? Steal from your business? Hit and run? Vandalism? This group is intended to help you spread the word and see if anyone else can help. This group is NOT for finding people, including missing people or people with warrants.

Important: All posts must include a police case number. No exceptions.

This group exists for Calgarians to share experiences they’ve had at restaurants, at foodie events or other dining experiences. 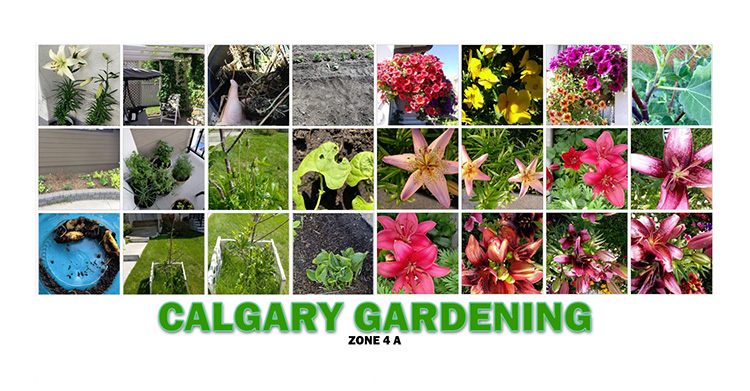 Calgary is located in zone 4a, which has certain requirements you’ll want to follow when gardening here, if you want the best results. Questions about growing indoors? outdoors? How to save your dying plants? Which vegetables are the best to grow? General growing tips, suggestions or questions. 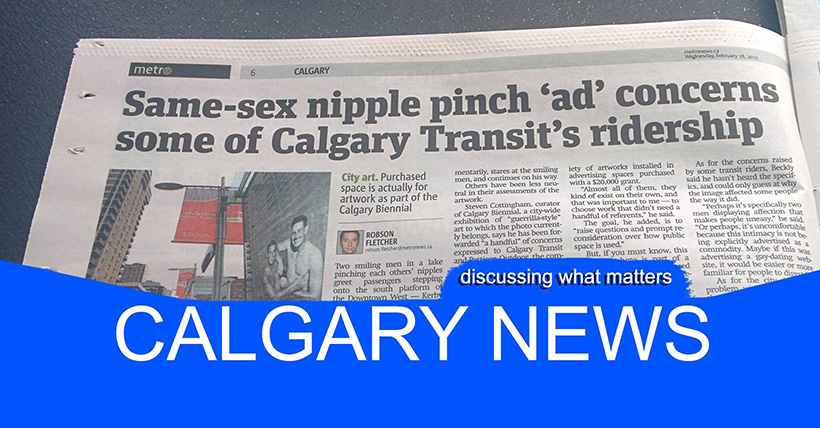 A place for Calgarians to share and discuss local news and articles of any flavour. Anything south of Red Deer is fine, however we want to keep focus on Calgary and the surrounding area. 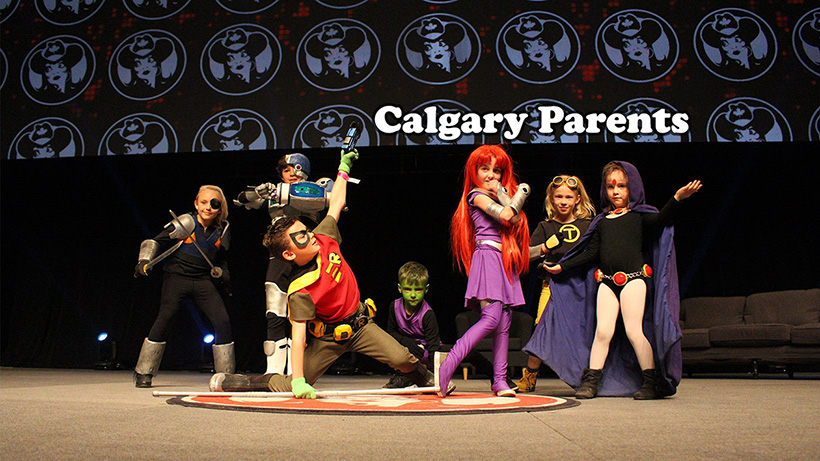 This group is for parents in the Calgary and surrounding area. This is NOT a buy/sell group (there are lots of those). We invite both moms and dads to join. 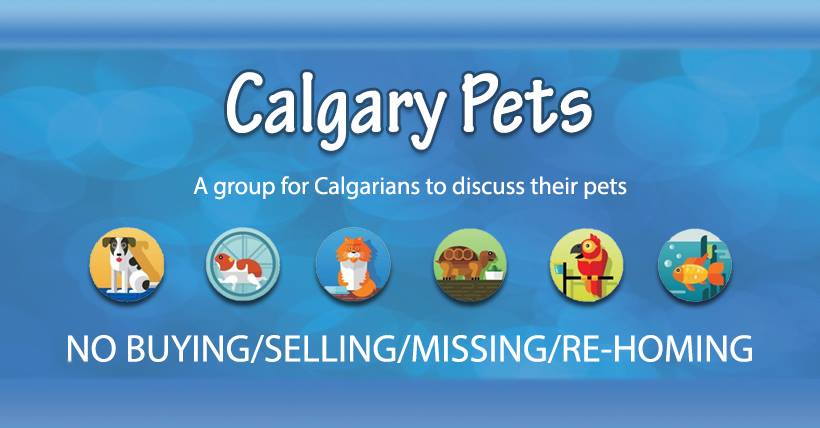 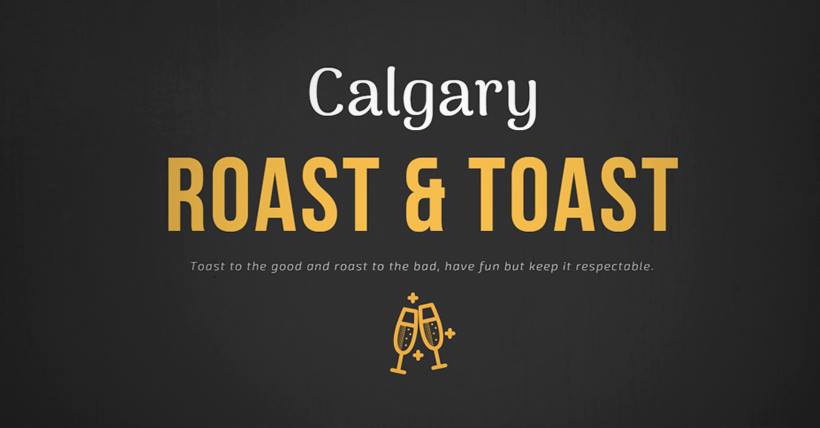 “Toast to the good and roast to the bad, have fun but keep it respectable.” This group was inspired by the Lethbridge and Area Roast and Toast group. Link: https://goo.gl/LDbgXY Do you have a story worth telling? Post away! 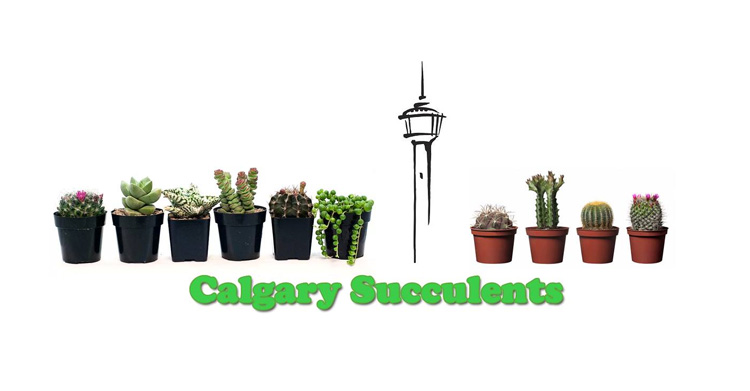 This is a group for Calgarians who love succulents! Share your experiences, fun ideas, or succulent resources. What is a succulent? https://en.wikipedia.org/wiki/Succulent_plant “succulent plants, also known as succulents, are plants that have some parts that are more than normally thickened and fleshy, usually to retain water in arid climates or soil conditions” 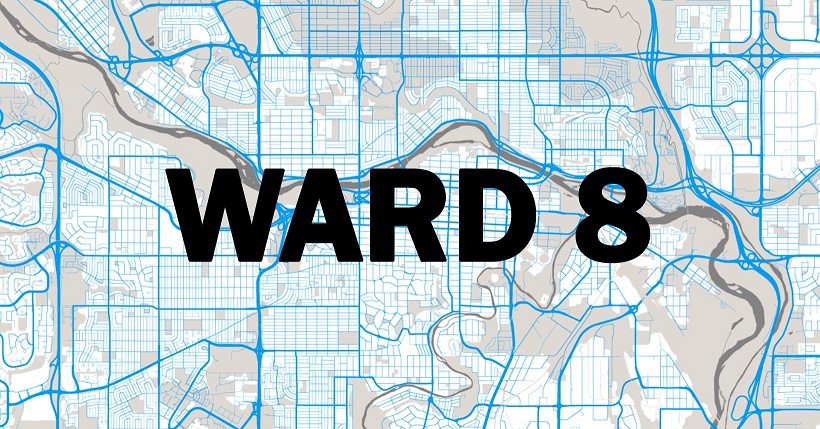 Calgary wards 1 through 14, a group has been set up for each. Each group contains a list of it’s communities and who the current Councillor representing them is. If you don’t know which ward you live in, Calgary.ca has a tool that you can enter your address in to find out. 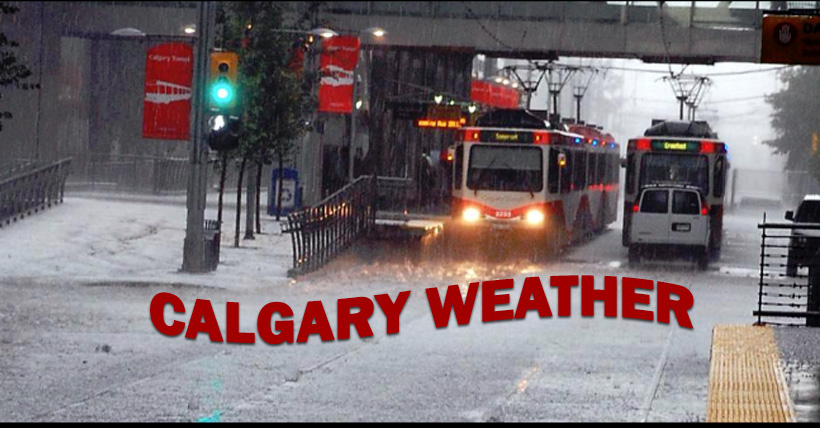 The weather in Calgary can be pretty crazy. Floods, wind damage, destructive hail, torrential rains and amazing thunderstorms, epic blizzards, Chinooks and even forest fire smoke are regular occurrences. It’s been long said that if you don’t like the weather in Calgary, wait 5 minutes. This group is meant for your weather photos, videos and updates in Calgary and the surrounding area. 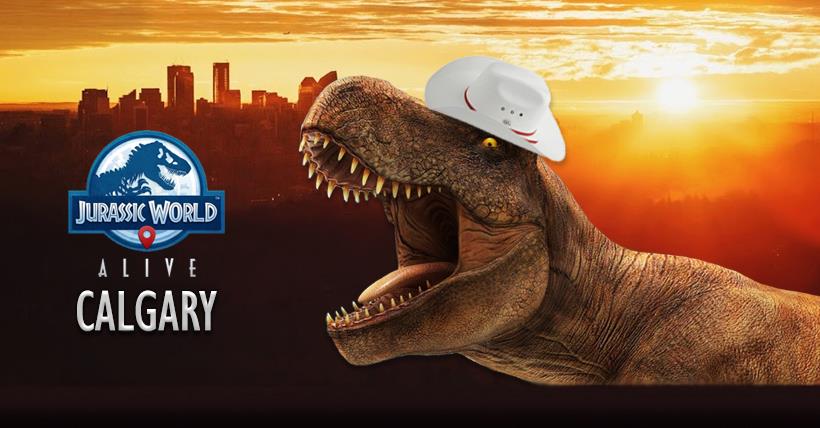 A group for Calgarians interested in hunting dino d-n-a! Jurassic World: Alive is free game on Android/iOS. You collect DNA, battle, find new dinosaurs, etc. If you’ve played Ingress or Pokemon GO, it’s like that but with dinosaurs – and it’s actually fun! 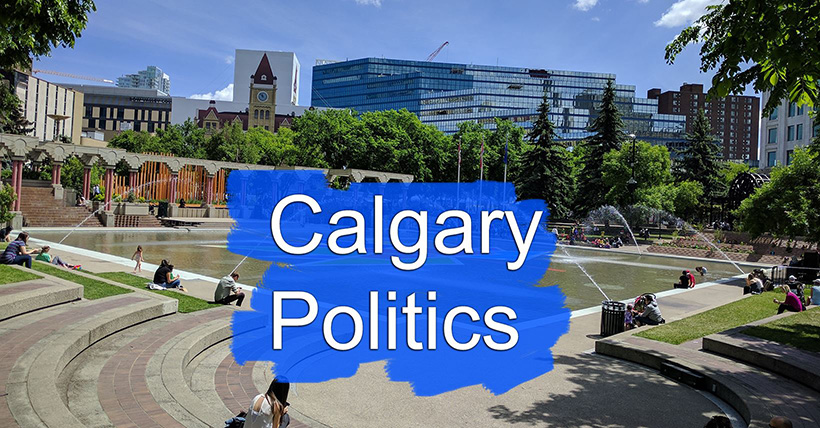 This group is for Calgarians to discuss municipal politics. Elections, agendas, meeting notes and anything else under the sun relevant to politics in Calgary. Please, no provincial political discussions. 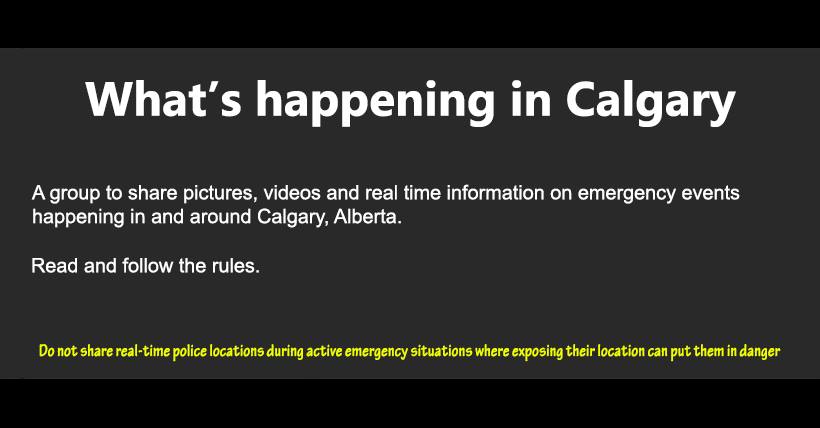 This group exists to share information regarding incidents and events of an urgent nature happening in and around Calgary, as they unfold. Think of it as a neighborhood watch, but online, and for the whole city. A group where people can ask questions or share real-time information as it happens around them. A way for Calgarians to keep each other informed as to what’s happening in our city. We have -very strict- rules on what kind of content can be posted to the group.

We get a lot of spam posted to this group due to the size of it (currently about 15,000 members), so admin post-approval is turned on. This means that in order for your post to make it to the group, one of us has to view and approve it. There’s always several mods/admins online (except sometimes in the middle of the night), so no worries about things being missed. We’re not perfect, however, we are trying haha 😛

I really need to get a better banner image for this group.

What Happened in Calgary 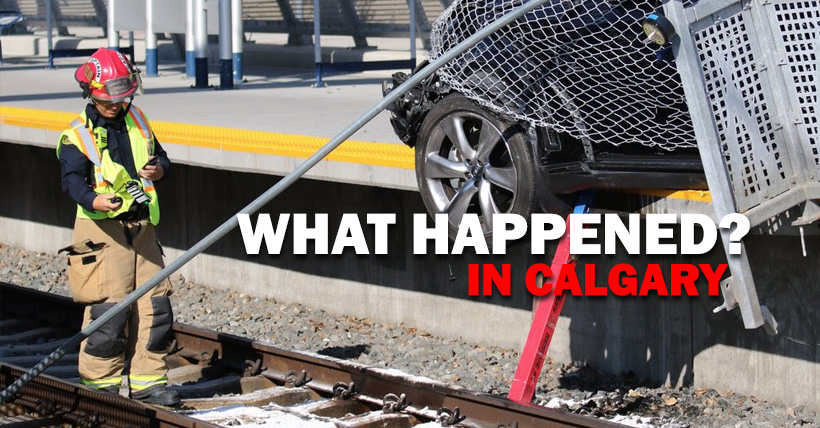 This is a sub-group of another group called “What’s happening in Calgary”, which is for sharing information on real-time emergencies in/around Calgary. https://www.facebook.com/groups/whatsupyyc/

That group is very focused on ‘real time’ incidents and other criteria. Anything that doesn’t meet our criteria is deleted, which sucks, but it is necessary to keep the group focused. This group, What happened in Calgary, is for discussion and sharing of information on things that happened in Calgary, but aren’t real time. Anything to do with crime, accidents, severe weather, vandalism, something that happened in your neighborhood, missing people, fights, theft, crazy shit you see walking down the street, or other topics of interest that fall into that realm are fine.

Always looking for more ideas on new Facebook groups for Calgary. Sure, anyone can run one, but I have experience with this, a dedicated mod team and a social media network I can blast them to. Drop a comment below!

How To Keep Your Weed Glass Pipes Clean

My Review: Using Shaw Cable in Calgary for Internet