The Huawei Mate 30 Pro and the Huawei P40 Pro have both finally come to Canada! Both phones include some impressive hardware, from long lasting battery life and quick charge capabilities, to their top of the line mobile cameras and processing, plus some other new features. These phones can chew through anything thrown at them, however they do have one big difference from most other phones on the market (other than having way better cameras, shaaade) — they do not come with Google Mobile Services, meaning they not equipped with the Google Play Store, but instead use Huawei’s own Android app store, which is called AppGallery. In addition to AppGallery are several other ‘store’ apps which allow you to search out and install pretty much any app you’re interested in.

Full disclosure: Huawei sent me a Huawei Mate 30 Pro to check out, so this is a sponsored post.

Being forced out of my app comfort zone was hard to take at first, but once I got over not having Google Services, everything was cake. For the Google apps I still want to keep using, simply visiting the web-based versions works great, like YouTube.com, plus there are alternative apps for everything out on the market. In addition to AppGallery, Huawei has other solutions of installing apps – Phone Clone and Petal Search. Millions of apps the click of a button, basically.

On this page you’ll find a list of different places and sources to find, search and install apps on the Huawei Mate 30 Pro and Huawei P40 Pro phones.

How To Install Apps Without Google Services

With Android you can simply download an APK and install it, without using a ‘store’ to do it. An APK is the Android ‘app’, usually with a file name such as ‘Twitter.apk’. Installing APK files directly is referred to as side-loading. In some cases you can download the latest version of apps directly from the developers website. Facebook is a good example:

If you’ve never heard of these, you’ve just never been looking. Google is not the be-all-end-all of apps and services out there.

Fun fact: Google existed before the term ‘app’ even existed. Google has web based version for all of their apps and they’re entirely accessible via your browser. You are able to login and everything you normally can via the apps and if you create shortcuts on your home screen directly to these sites it’ll save you a lot of time, and function just the same as the app anyway.

AppGallery has been around for over 5 years now and is quite similar to both the Google Play Store or Apple’s App Store, and it works as you would expect it to. It lists apps and games you can install for free or purchase that developers have added to the AppGallery store. Because Huawei is a global company, some things aren’t in English, though you can totally install whatever you like. Also, thousands of new apps are added to AppGallery each day.

It has categories, lists, top and trending apps, and even in-game rewards and gifts for some of the games. AppGallery should be your first stop to install apps on a new phone from scratch. AppGallery doesn’t have everything though – such as Facebook or Twitter. If you’re looking for apps that aren’t in the app, there’s some very easy alternative ways to install them, such as Petal Search, MoreApps, or other ways.

For anything installed using AppGallery, it can also handle any app updates. You can also set updates to happen automatically over WI-FI. 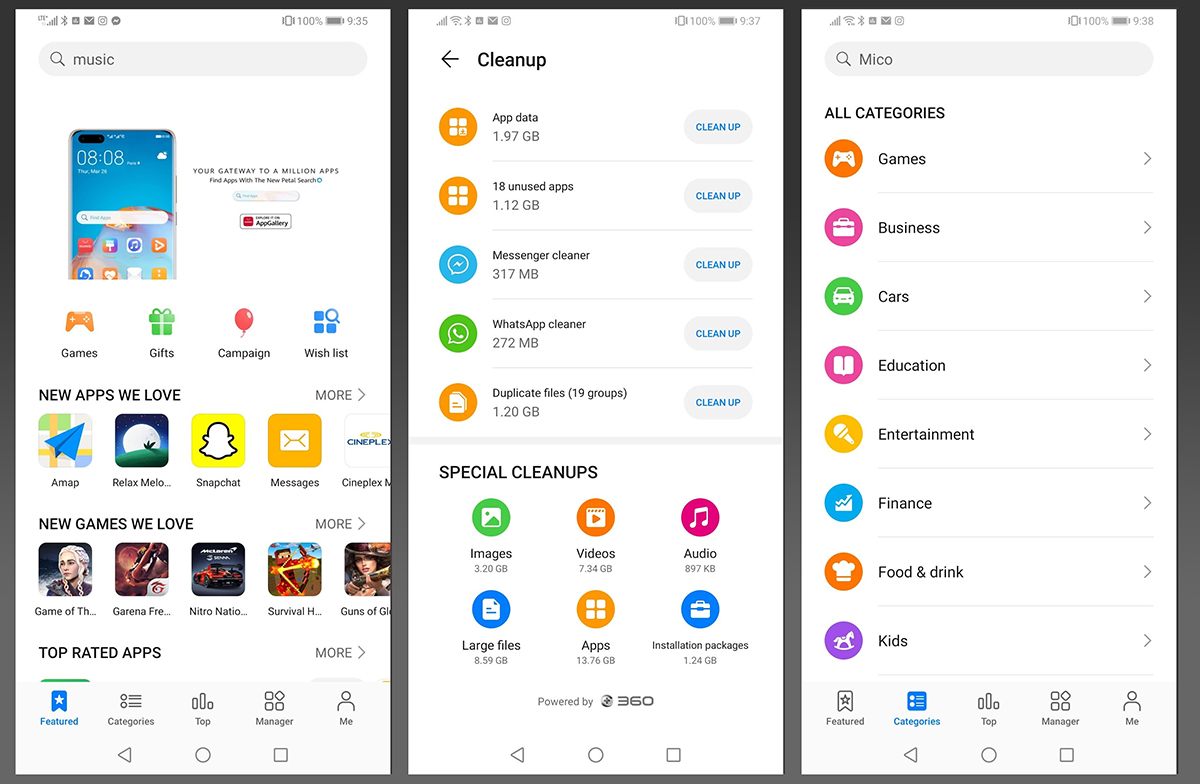 Phone Clone works by copying over and installing apps from an existing phone, to a Huawei device. It actually works extremely well and is very easy to use. You can download Phone Clone from within AppGallery. It will copy over and install apps like Facebook, Twitter, Instagram, and others you may not find in AppGallery. It’s done using a mini Wi-Fi network, so there’s no cables to connect, you just put the phones near each other and hit copy. Once everything is finished copying and installing, it’ll give you a summary of everything it did. Some apps do not copy over, like Google Calendar or some banking apps, but I found 99% of everything I copied worked just fine. 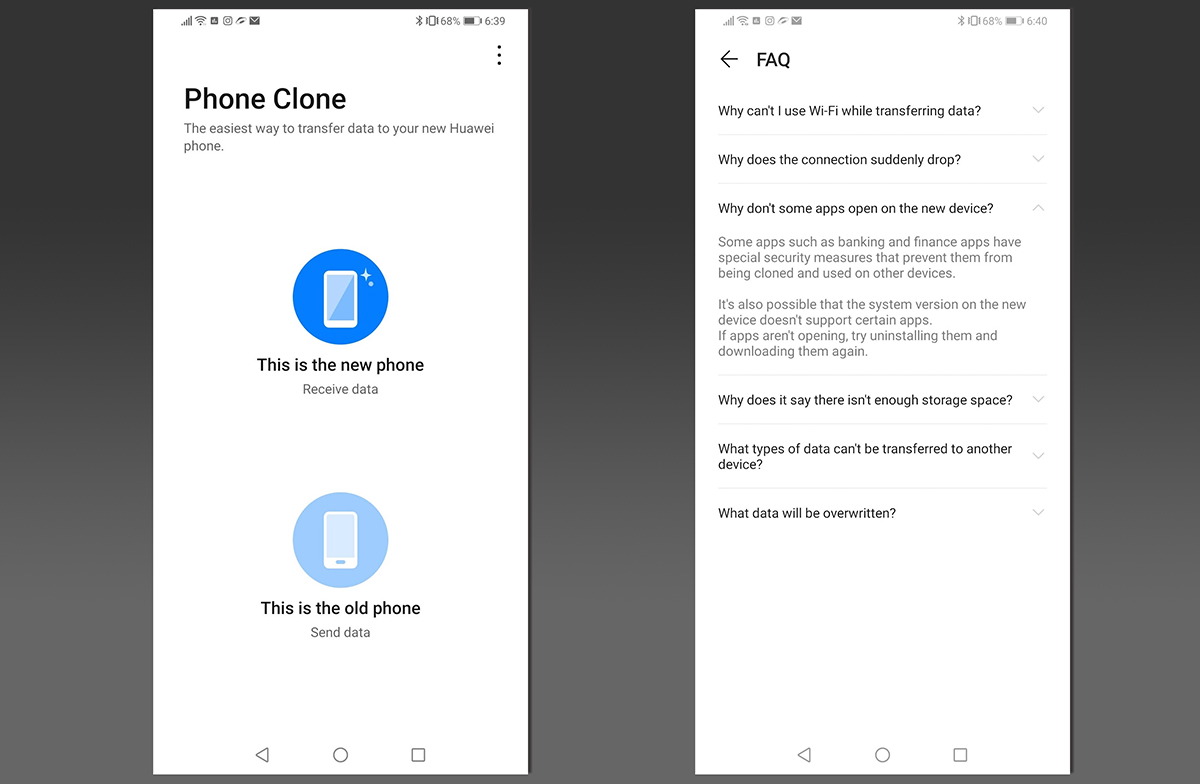 For apps that aren’t available in AppGallery, Petal Search is an app designed to fill in those gaps. It’s an app aggregator, lists apps you can install from sources like AppGallery, APKPure, APK Monk or directly from a companies website, similar to how a search engine works. Want to install Facebook? Open Petal Search, type Facebook, hit install. Super straight forward and works as you would expect. Petal Search will also keep your apps updated! Open it, tap”me”, tap updates. Future Huawei devices will have this pre-installed as a Petal Search Widget for ease of use for its customers.

In addition to installing apps on your phone directly, Petal Search can set up shortcuts on your home screen to app websites, where you’ll get similar if not identical versions of the apps you’re used to. For example, you cannot install and use YouTube but you can create a shortcut to http://m.youtube.com on your home screen that will open in your browser. The same with Google Maps and lots of other websites that have both, a mobile experience and an app. Of course, if you prefer not using shortcuts there are alternatives.

Petal Search can be downloaded from AppGallery. 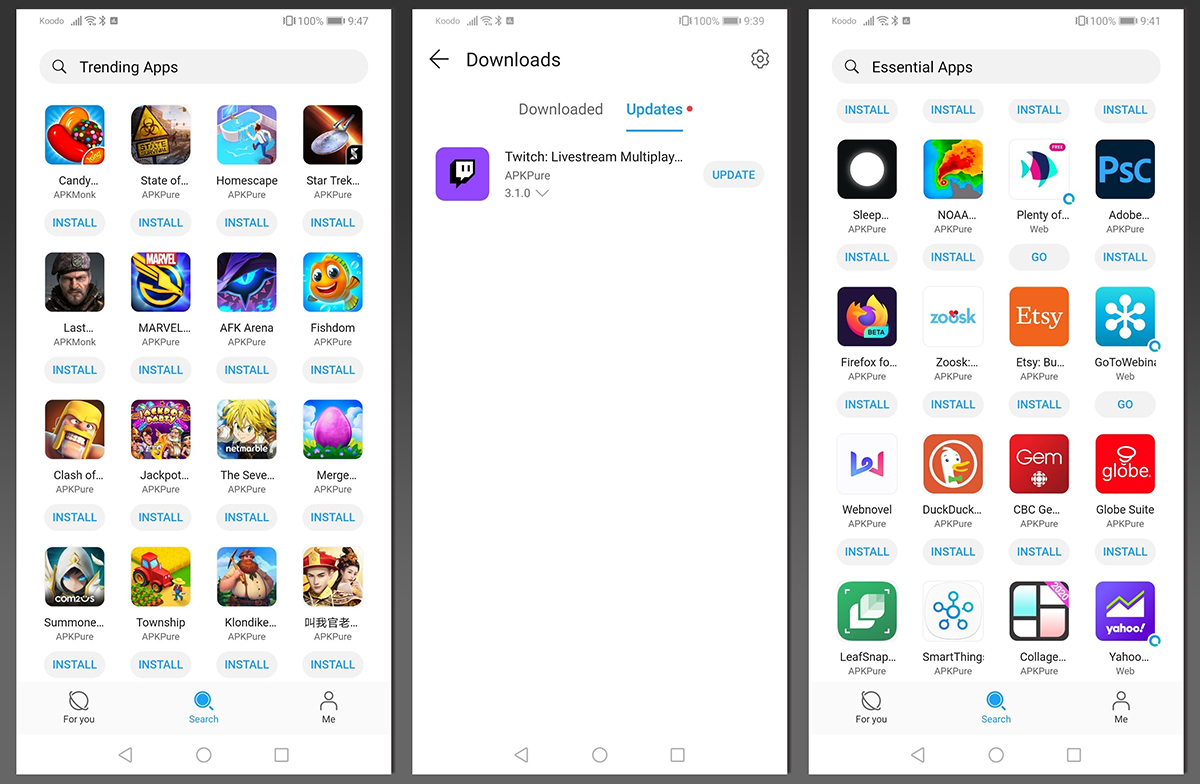 MoreApps is a pretty bad name for an app store, but MoreApps is an app store you can download more apps from. It’s actually a really decent app! It doesn’t host any files itself, but offers download links to other hosting sites, like APKPure. You can search for apps or use their categories listing. There are no bells nor whistles to this app but it works great for it’s intended purpose of helping you find the apps you need.

MoreApps can be downloaded from AppGallery. 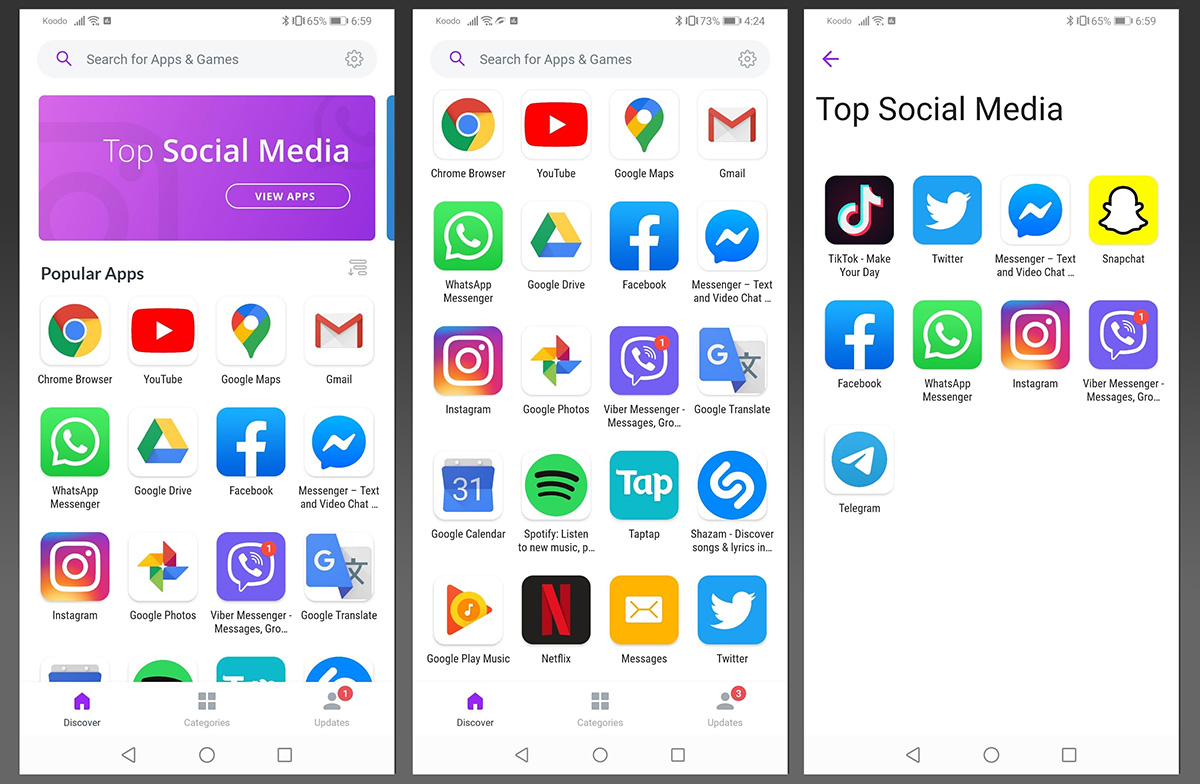 I’m personally not the biggest fan of the Amazon App Store, but it’s absolutely an option to download apps from! It is not tied to Google in any way, and there’s a large selection of popular apps to choose from. You only need to sign up for a free Amazon account to use it, but there are paid app options too. The app is very fast, well organized and allows you to update apps you’ve installed from the Amazon store.

The Amazon App Store can be downloaded from their website. 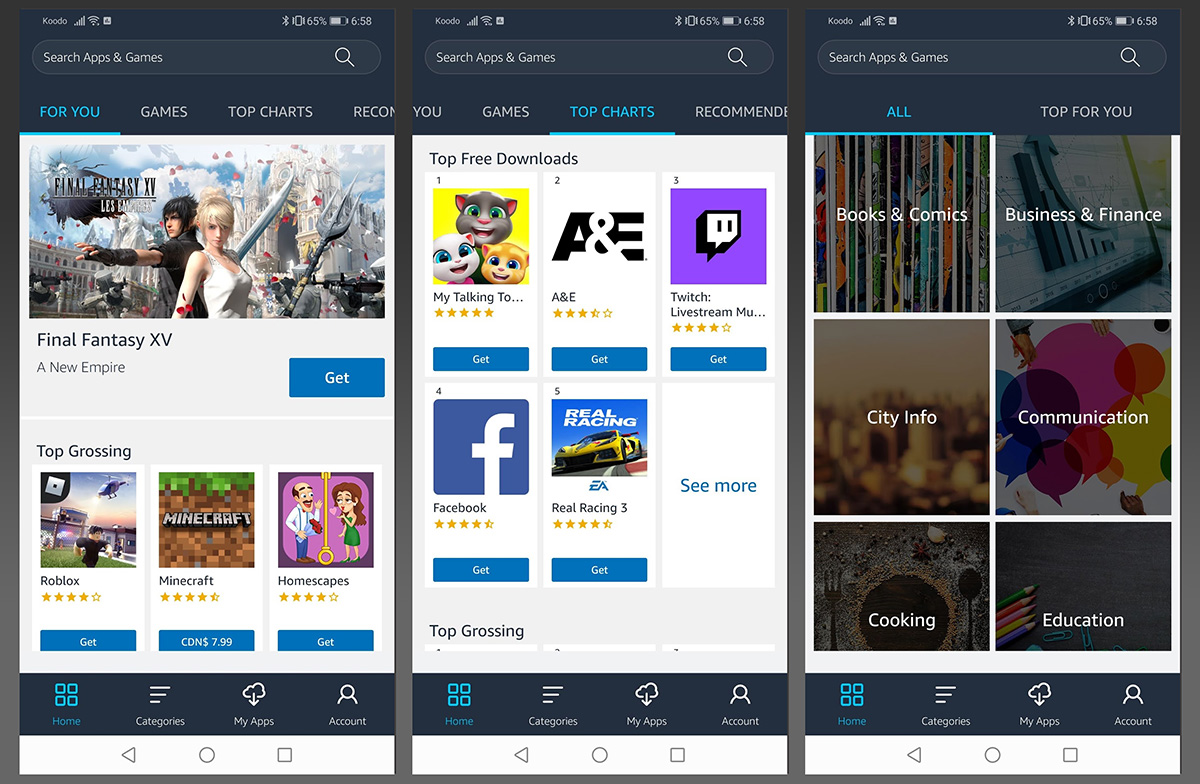 Similar to the other app store apps, F-droid operates in the same way, however they only list FOSS (Free and Open Source Software) apps for Android. This means it mostly has home-brew apps made by independent developers, which means varying levels of quality. There are some great apps, but I find you really need to know what you’re looking for. The F-droid interface is easy to use, the categories are well maintained and the app overall is very slick, however for some reason their list of categories does not contain photography apps, which is what I’m interested in most — maybe there aren’t many FOSS camera apps out there?

Any apps installed via F-droid can be updated easily 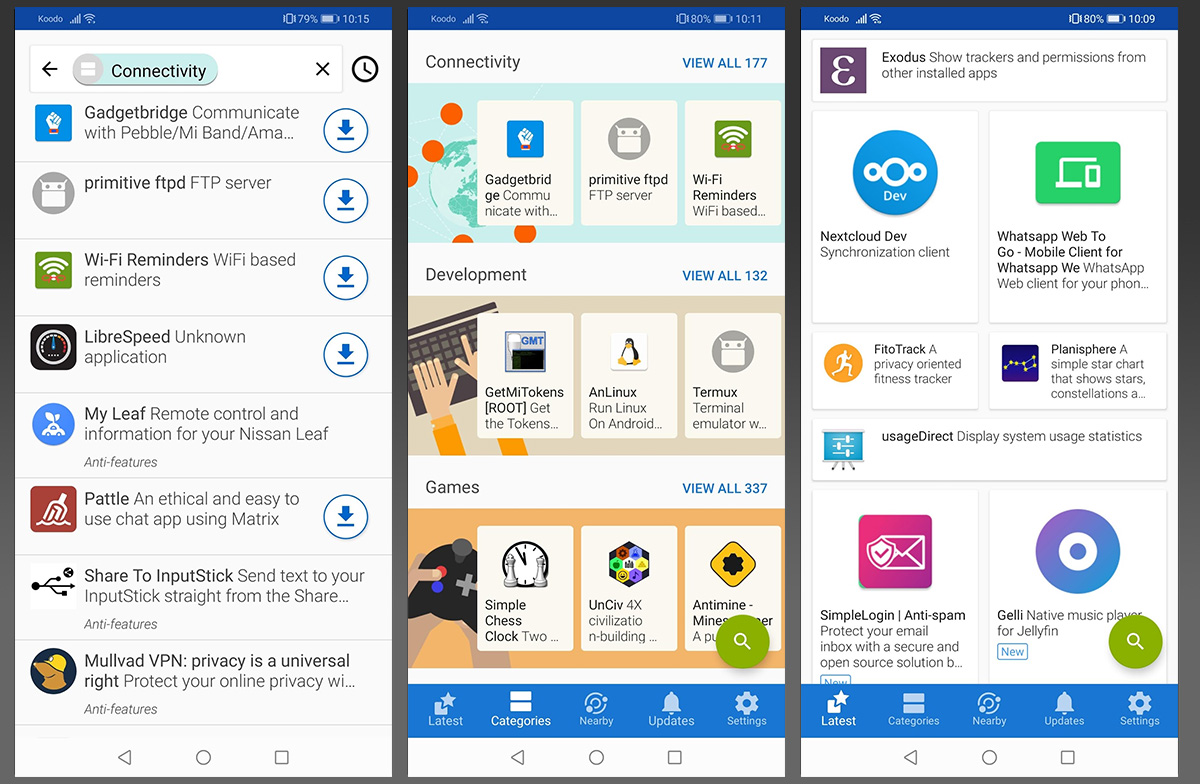 Aurora Store is an alternative Google Play store created by Rahul Kumar Patel and it features a lot of commonly used apps most people might want to download. Aurora Store allows you to login anonymously to download and install apps, though you can login if you prefer.

You can download Aurora Store via f-droid or the XDA Forums. 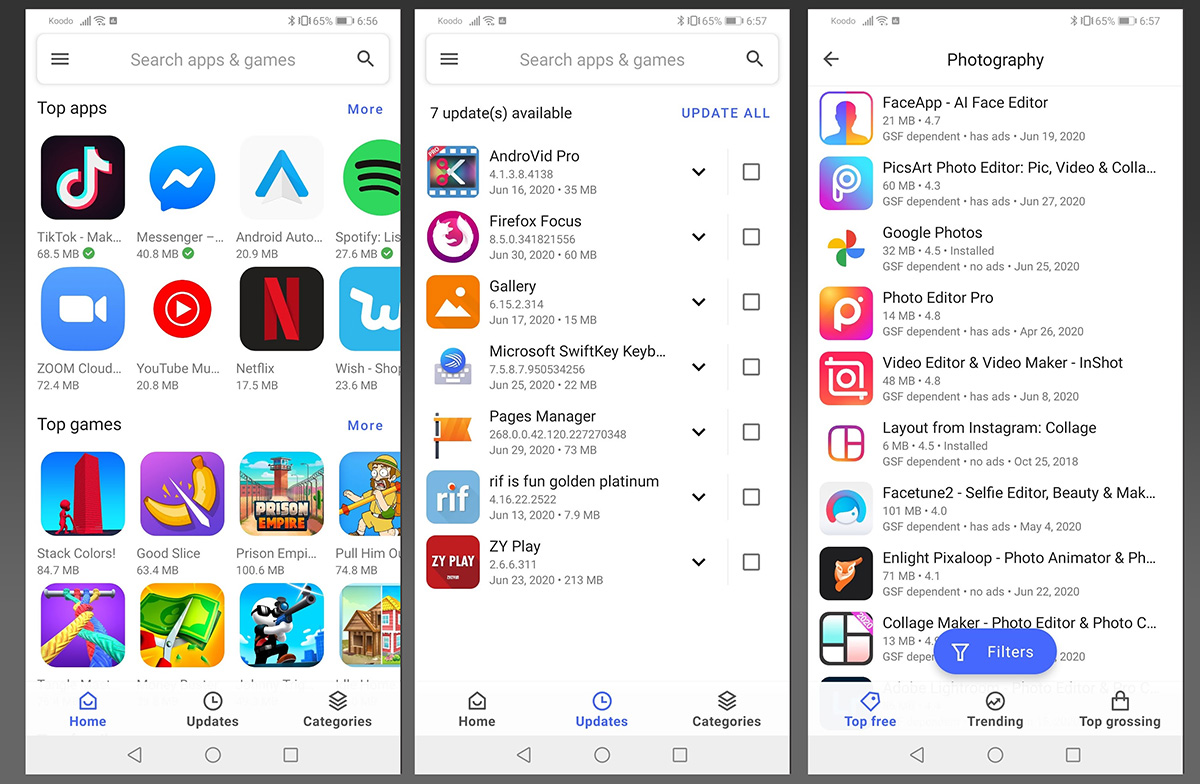 APKPure is a website which hosts APK files (Android apps) that anyone can download directly and install on their Android devices. In addition to hosting the APK files, they have their own free app full of APK (apps) to download, aptly named APKPure. Their app makes it super simple to download whatever apps you need, including sorting by categories, featured apps and a ranking of popular apps. In addition to downloading apps, APKPure can keep them updated.

To update your apps using APKPure: 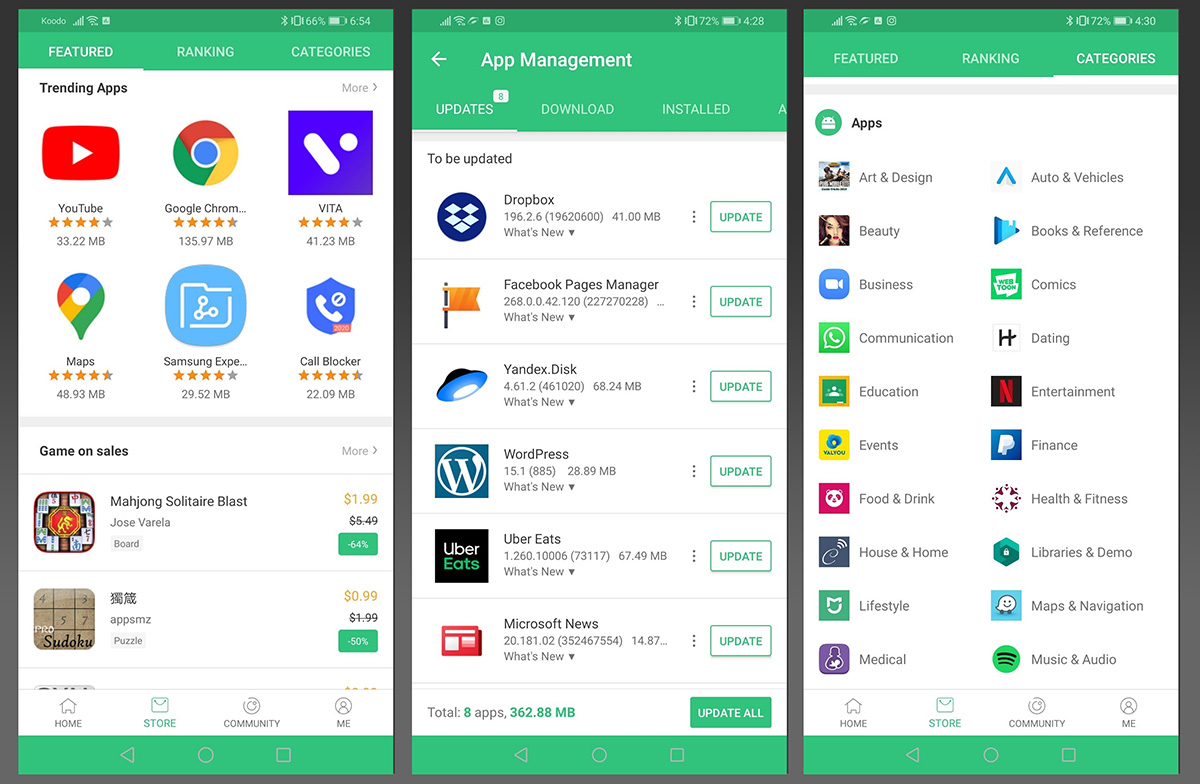 How To Install Apps Without Google Video

Here’s a video from YouTuber Red Skull on how to use some of the above mentioned apps.

The hardware in these devices is among the best in the world right now for cell phones. The picture quality, battery life, charging time and capabilities are great! Switching from Google Mobile Services over to Huawei Mobile Services is a small adjustment, but I had no problem getting and using my favourite apps and actually really enjoyed the experience. I didn’t even know there were alternatives to Google Maps before starting this journey. Thank you Huawei for the opportunity.

Comprehensive Guide – Getting Started With Fishing In Alberta