It’s pretty .. decent, actually. That is, I enjoy it – maybe other people don’t. Living in downtown Calgary can be entertaining, yet stressful. Fun, yet frustrating. Thought it might be a larf to share some thoughts on it.

This isn’t all encompassing, and I’m not speaking for everyone down here, just some random thoughts.

We don’t drive, we take Calgary Transit everywhere. We don’t own a vehicle, or drivers licenses either (well, we do each have a learners license). Plus, it’s like almost $200/mo just to park in our own building. F-that. I suppose we should get full licenses eventually as using something like Car2Go or renting a car would be pretty helpful, but we manage.

Living in downtown Calgary and using public transit is great. The train is like a 30 second walk from our front door, and only a 15? minute wait at most. The LRT system takes us where we need to usually go, often without having to take a bus.

Safeway and Co-op are only a few minutes walk from our haunt on the west end of downtown. Superstore’s are located beside McKnight Westwinds and Shawnessy stations, as well as there are Wal-marts a plenty. Typically we hit up Westbrook Mall Wal-mart as it’s the closest to downtown. Granted you can only carry half a dozen bags or whatever. Easy peasy to get to by train and it’s fast.

Public transit certainly isn’t for everyone, though. There’s some people that dry heave at the thought of having to share a vehicle with someone else. Know what? It’s actually not that bad. You get a lot of social media time in, or you can read those old technology things. Or take your pants off and entertain people, whatever you’re in the mood for. But seriously, you get a lot of extra free time to think or catch up on the news. In addition, you don’t ever need to pay attention to the road. And you can catch Pokemon!

Restaurants and dining out

There are so many different places to eat! Mexican, Vietnamese, Italian, you name it, it exists downtown. There are even multiple breweries now, and more popping up all the time. It’s pretty awesome being able to head out to meet friends somewhere without needing to cross town. Also, when you’re done? It’s only a short walk/ride/drive home. As your co-workers and friends are risking their lives on Deerfoot, you’re already getting in the door and unequipping pants.

If you’re too lazy to head out, you can call one of those food delivery places too. Skip the Dishes or Just Eat are the ones I’m aware of. We’ve only used Skip The Dishes which went great. Ordering sushi has been a total miss every time.. but whatever, the option is there. Do they even deliver to the rest of the city? If it’s booze you’re after, Drizly exists. When they launched, they created a code for us to share that’ll save you $10 off your first order. “CRACKMACS”. Does it still work? Probably. We don’t get anything from it FYI, you just save some bucks.

The only downside I can think of for food downtown is that some places close after regular business daytime hours. Places in office towers or +15’s for example. They’re also closed on weekends, however they’re mostly just fast food joints anyway. Lots of other food bags to visit.

We put a blog post together on some places to eat downtown, check it out.

If food isn’t your thing, there’s always a ton of events goin’ on. Plays, concerts, weird and crazy movies at The Globe, marathons, etc. The Saddledome is close, and if they build that silly new arena, that’ll be even closer to where we are. Beakerhead, Folk Fest, the Calgary Entertainment and Comic Expo, Beerfest/Oktoberfest, Stampede, all just a stones throw away. Living in downtown Calgary is pretty awesome if that’s the kind of thing you’re into. Also, if you live down here and you do drive? You won’t have to drive to any of those things – just walk or take the train. I have never paid for parking in my entire life. Think about that. That’s money that can be spent on beer.

Plenty to see, the city, the sights

Eau Claire is really close, as are the river and it’s pathways. You into biking? You’ll love it. Traffic can be a pain, though, if you’re cycling through downtown. Hopefully the city decides to make the cycle tracks permanent. Eau Claire is a nice place to chill out with friends, take the kid to the park, go fishing, catch the pokemans, sleep in some bushes, and it’s all free and easily accessible.

If you’re into architecture for some reason, there’s sure a lot of that. Great for photography actually. So many nooks and cranny’s to explore.

There’s also a skatepark. Train yards. Unique and interesting stores. Too many festivals to list. Artwork, including the peace bridge. History. Lots of history. If you haven’t been to the Glenbow in a while, it’s still there – and mostly still the same from when you were a kid, but it gets more interesting the older you get, the more you age.

Taking a walk through downtown in Calgary is never the same twice. Yes, there are homeless people, and yes, there are scary people sometimes, but if you leave them alone, they’ll leave you alone. That’s been my mantra thus far, and it’s worked fine for us.

Remember the floods? wind storms? massive blackout for a week in 2014? All quite interesting to experience front and center.

In addition there are protests and rally’s, night markets, Guinness world record attempts and fund raisers, even Zombie Walks. Living in downtown Calgary is unpredictable.

Even though I touched on it, parking. Paying for a parking stall in a building you already drop large stacks of money to every month, sucks. You can rent it out to a local businessman kind of thing, but that might be a hassle.

It’s loud. You get used to that. Soon you’ll be able to tell if it’s Police or fire or EMS just by the type of siren. Great skill for your resume.

Pet’s aren’t welcome in a lot of places. No dogs in our building for example, but cats are okay.

Construction is louder. 4am jackhammers when they fix the c-train rails over long weekends. Yeah, 4 am fucking jackhammers. They’re exempt from the noise bylaws. This was one of the biggest shocks living in downtown Calgary. DRDRDRDRDRDRDRDRDR echo’s really well throughout the buildings too.

Sometimes you see poo smeared on things. This could be good or bad I guess, depending what you’re into. I don’t particularly enjoy it. Also there’s quite often puke puddles, or, trifecta, drunk dudes with poo on them laying in a puke puddle. It happens to the best of us.

The kid has sure grown up fast living in it all. We actually like it this way. She’s quite smart and well adjusted to city life and it’s craziness.

Oh, one last thing. Laundry. A lot of apartment buildings have a laundry floor, instead of units in your suites. This. Sucks. It’s expensive and not very fun to do.

I’d recommend trying it at least for a year, if you’re able to. 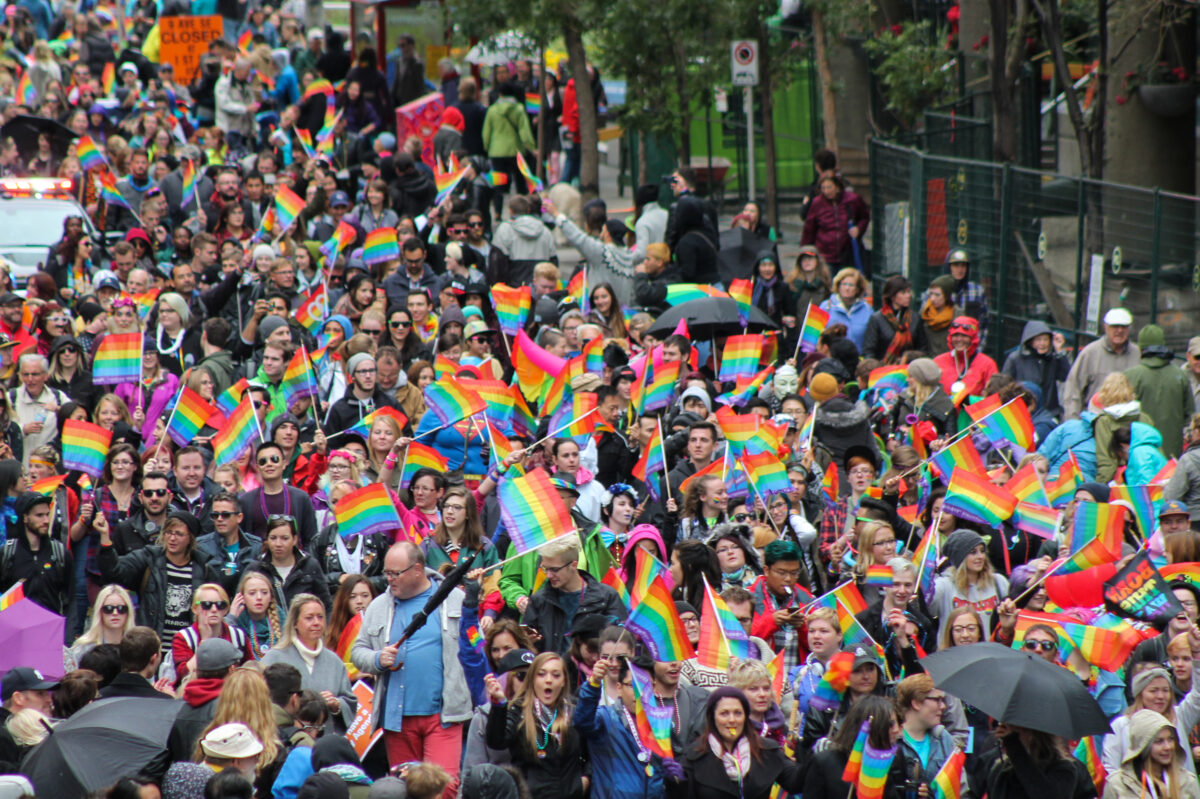 Check out LiveWire Calgary for rad news in Calgary. They’re indie and telling all sorts of interesting stories, including a lot of stuff about downtown.

The Nutcracker Twirls Into Calgary

3 thoughts on “What is it like living in downtown Calgary?”