Built Into A Tree For All To See

Tucked away in the bottom of an old (magical) tree in Riley Park is a miniature tree house, though nobody knows who built it, or when, or who lives there now. Some people think a family of mice, or perhaps a group of fairies live there. Maybe it’s a geocache? Whatever the case, it’s really cool. The Riley Park tree house is a hidden gem in Calgary, and although me telling you about it ‘exposes’ it, it’s not much of a secret. It’s fun though. You like fun right.

What makes it so cool? Every time I see it, it’s different. The home owners really go to town making sure the decorations don’t ever get boring. Sometimes they go missing in mere minutes after being placed!

Here are some of my photos of the house. I never touch anything. 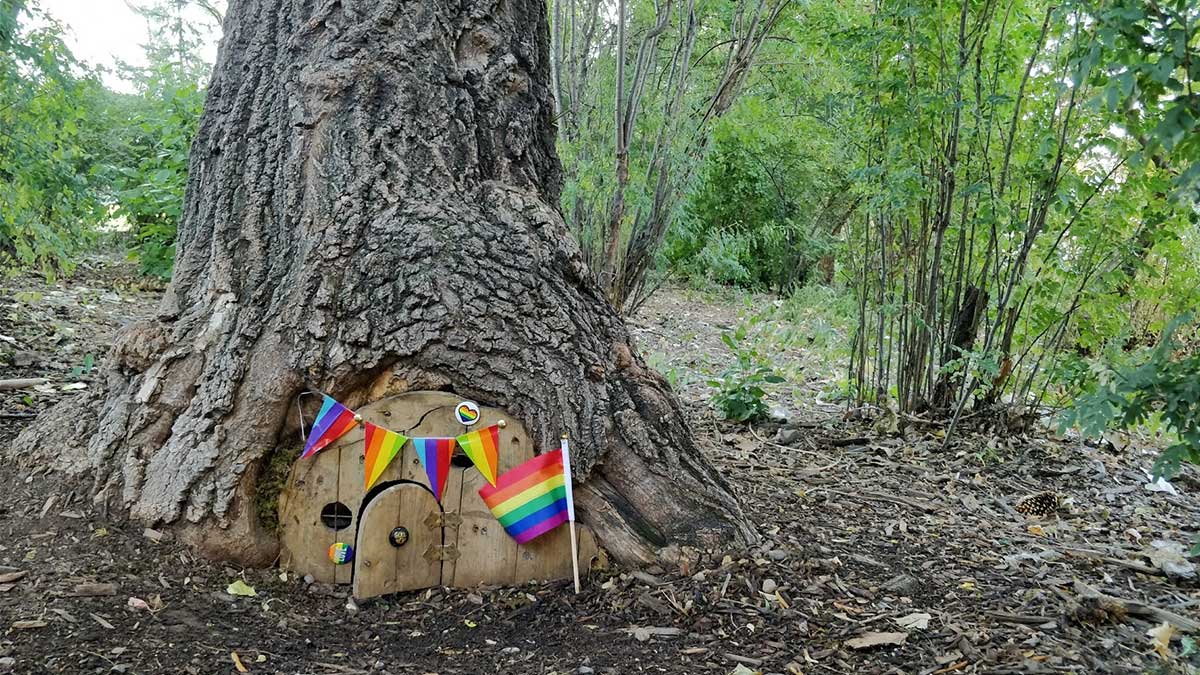 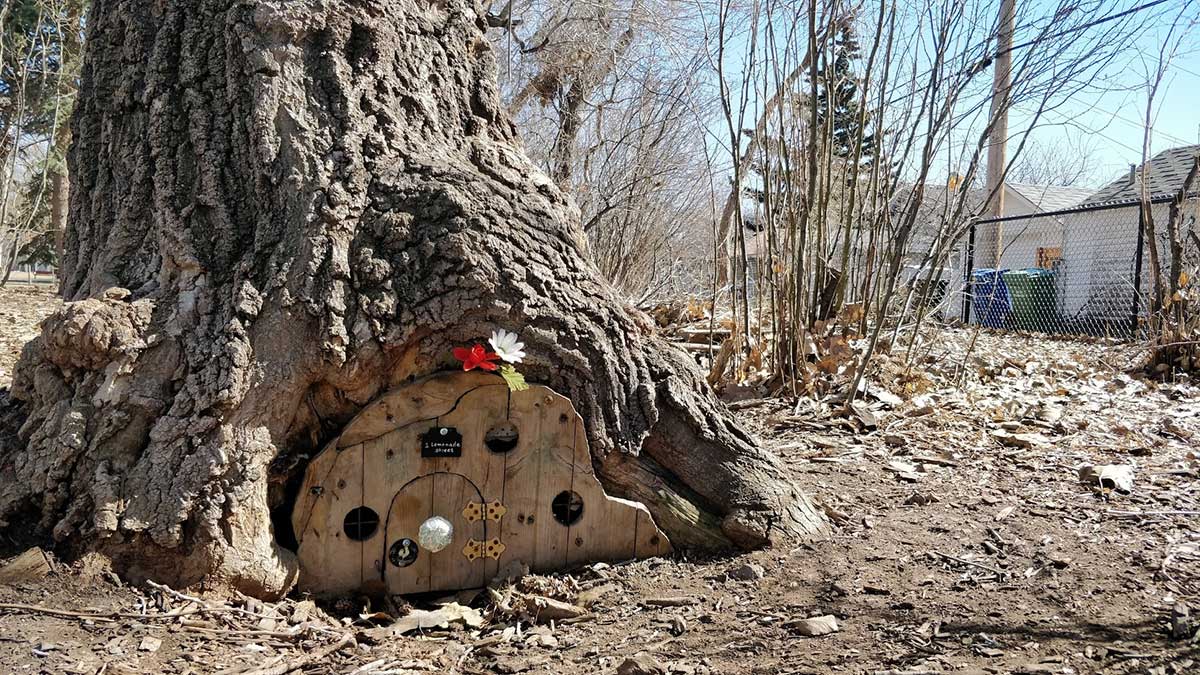 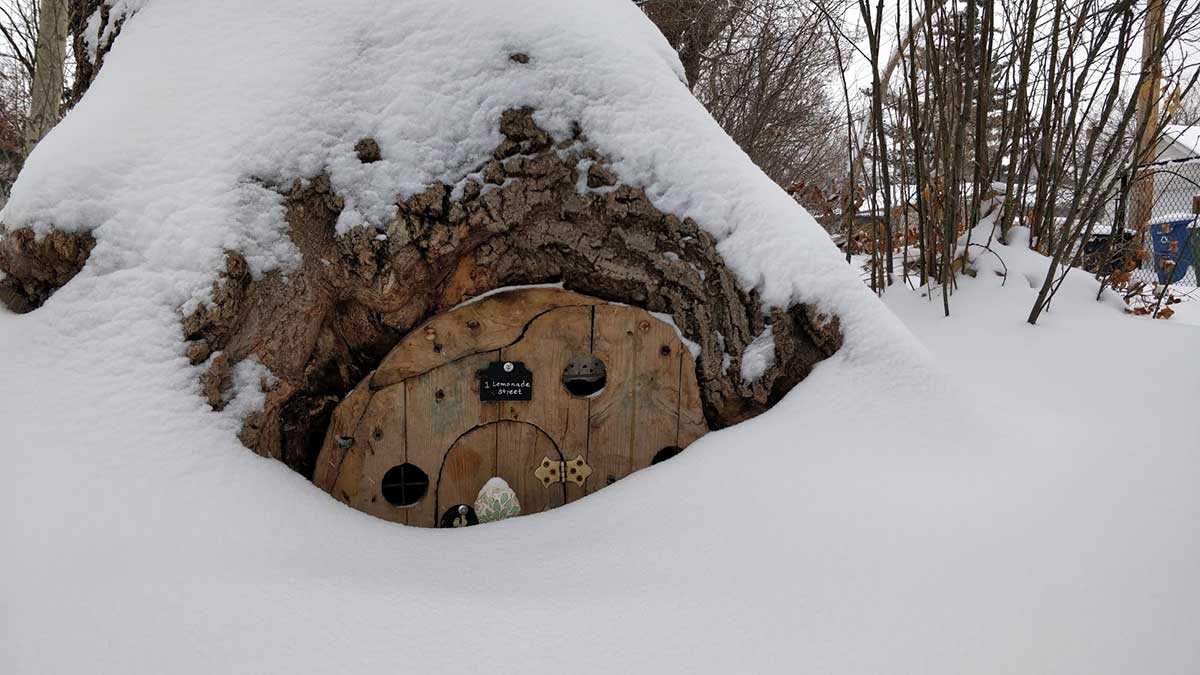 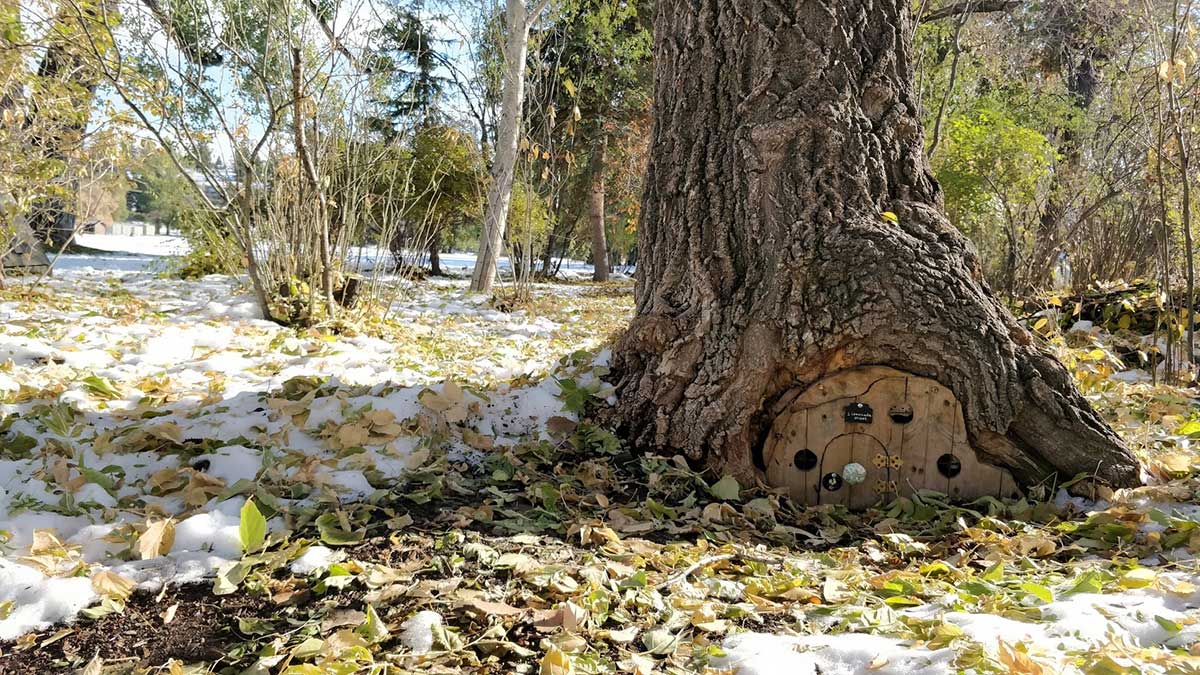 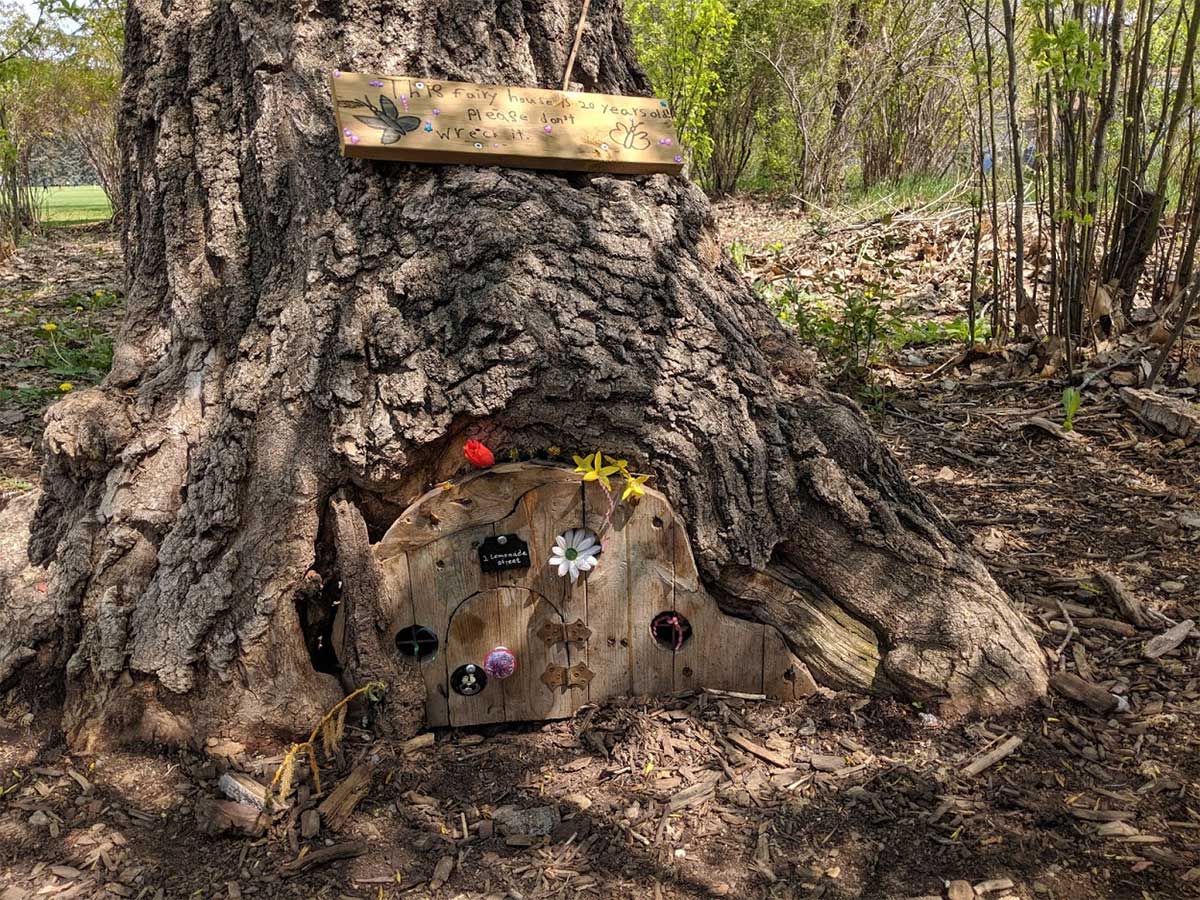 One day this sign showed up on the tree house saying it’s over 20 years old, and if in fact, a fairy house. 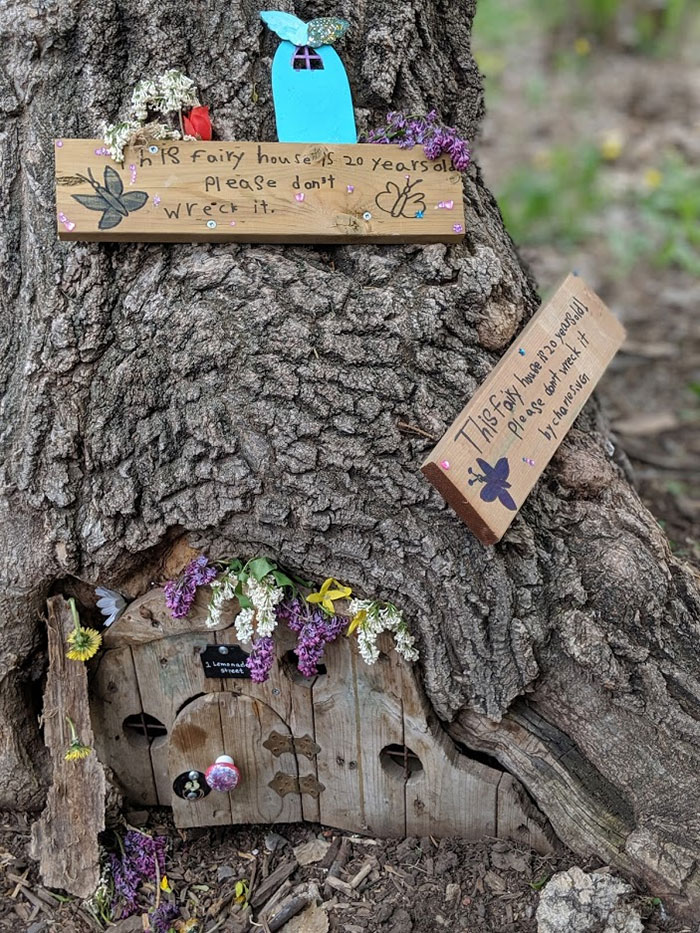 Then someone else added another sign saying the same thing for some reason. 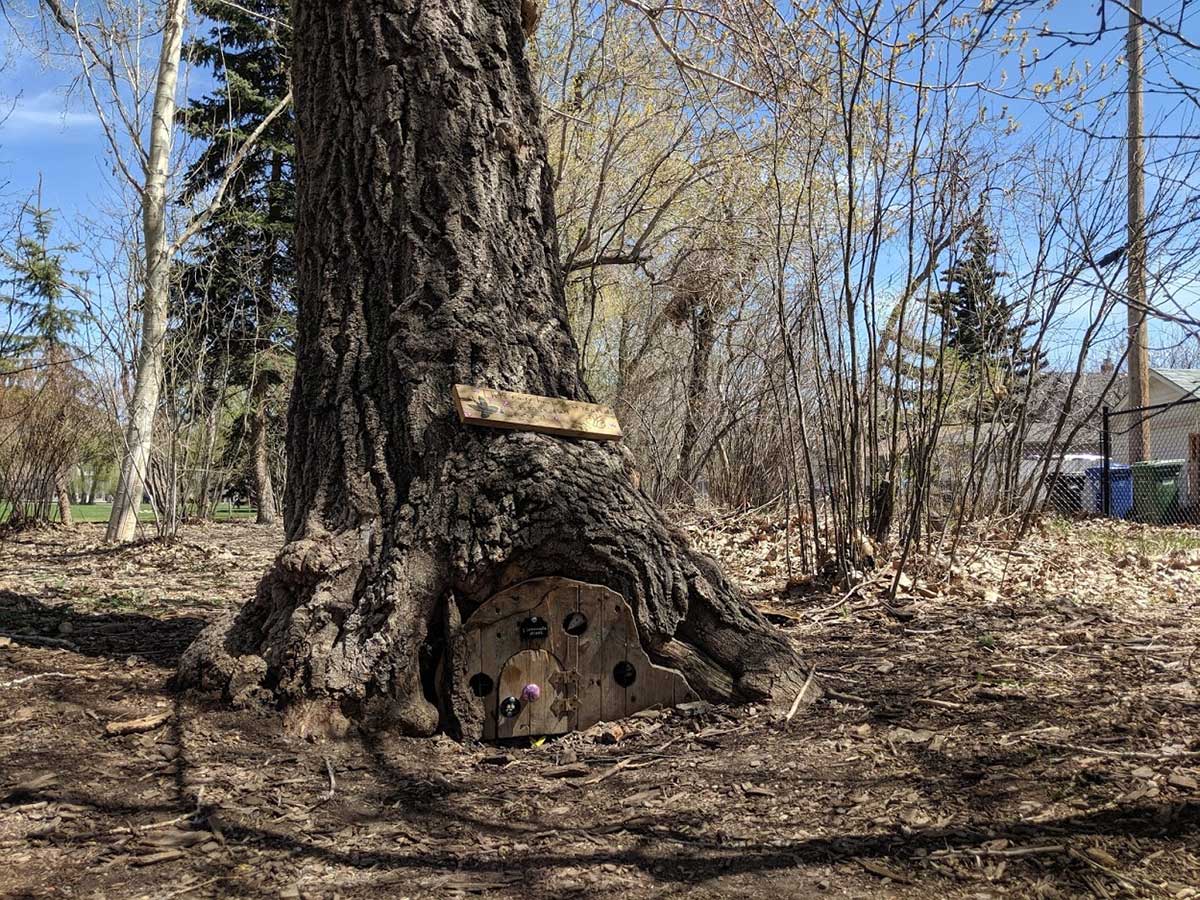 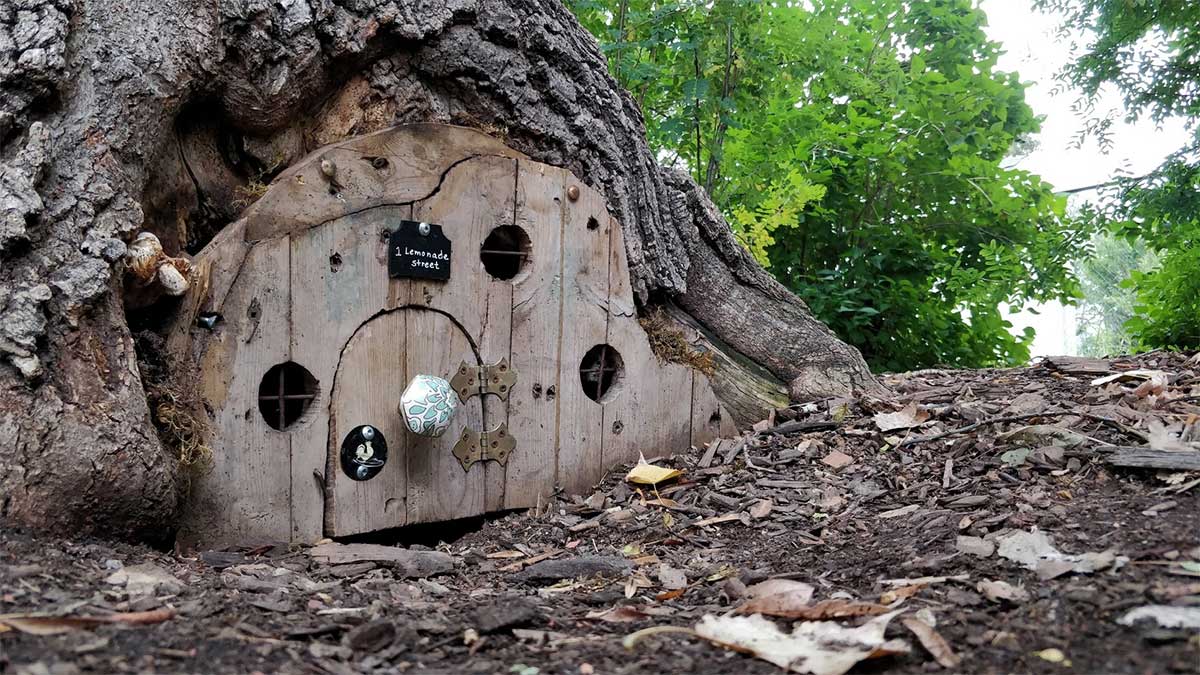 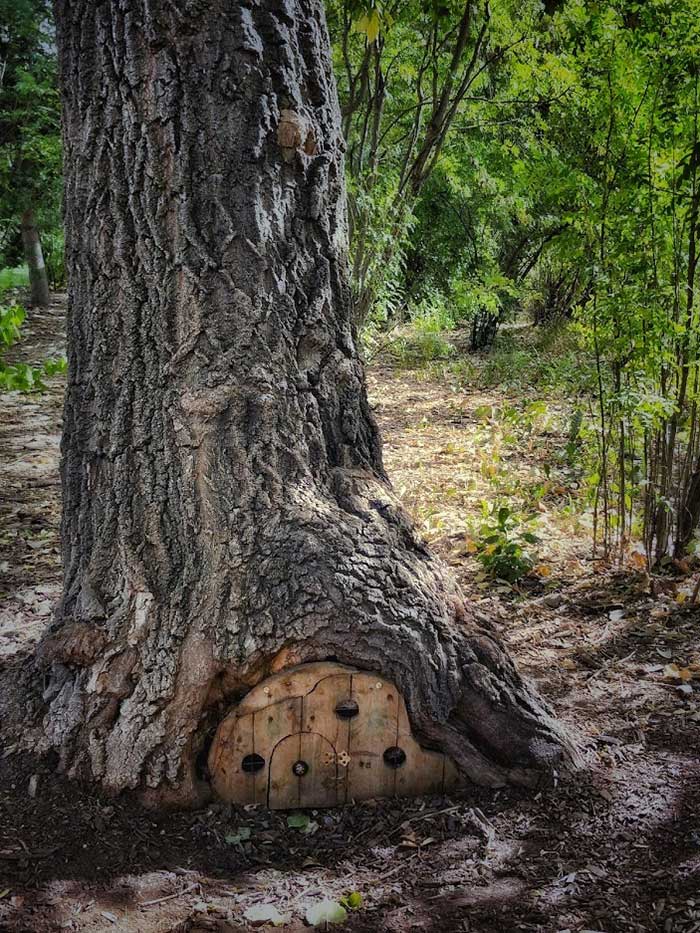 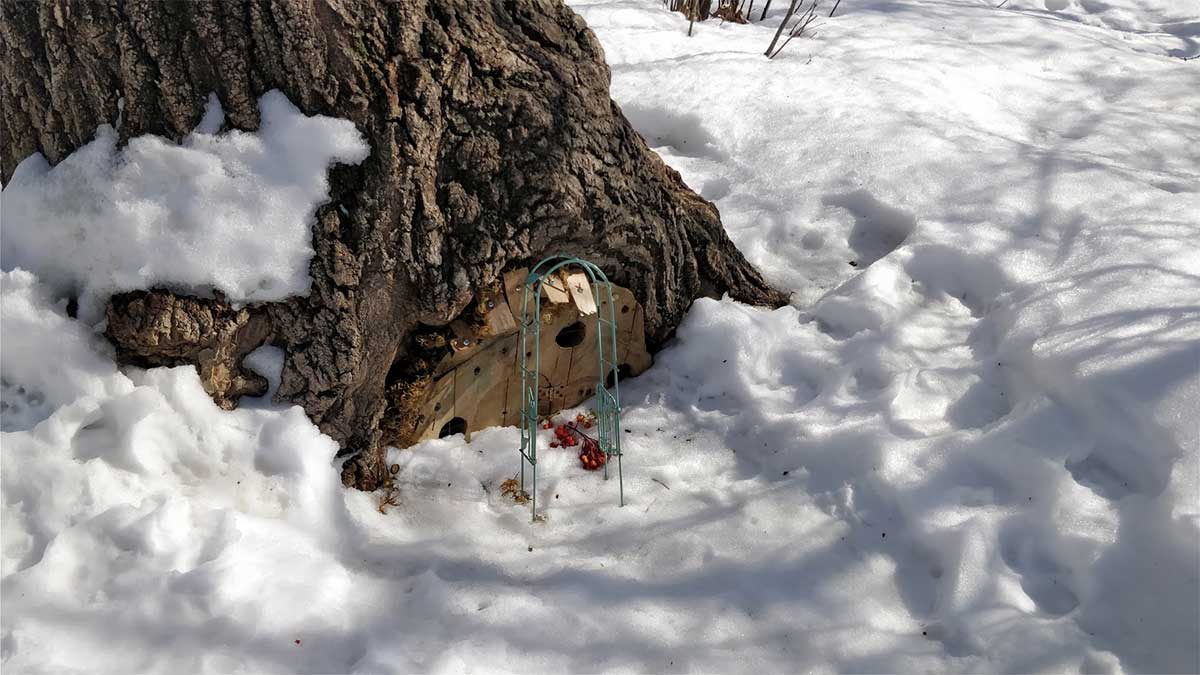 Someone got married maybe? 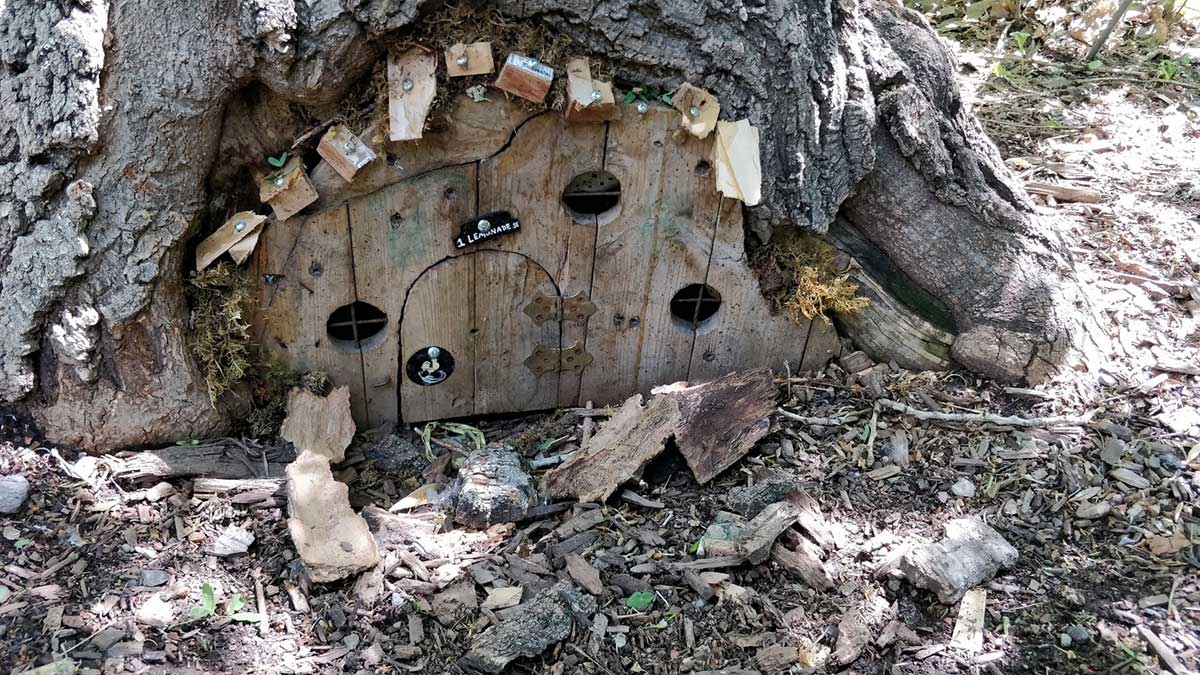 How Long Has It Been There?

At least since 2016. The current Google Street View is from 2014 and it hadn’t yet been built. 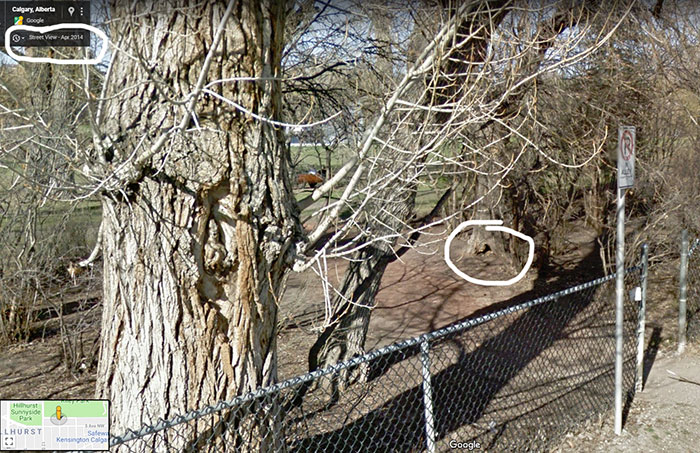 This thread from /r/Calgary on reddit is from 2016 and it was presumably built shortly before they noticed it.

My son and I have always pass this tree at Riley Park and joke how the hole in it looked like a house for a mouse. Today, we were pleasantly surprised to see this. Whoever did it, you are awesome and made my son’s day. from Calgary

How To Find The Riley Park Tree House

First, you have to promise not to wreck it. PROMISE? Okay good.

On the west end of Riley Park is a playground. See the playground over there? See the garbage can in relation to that? That’s where you’ll find the fairy house. 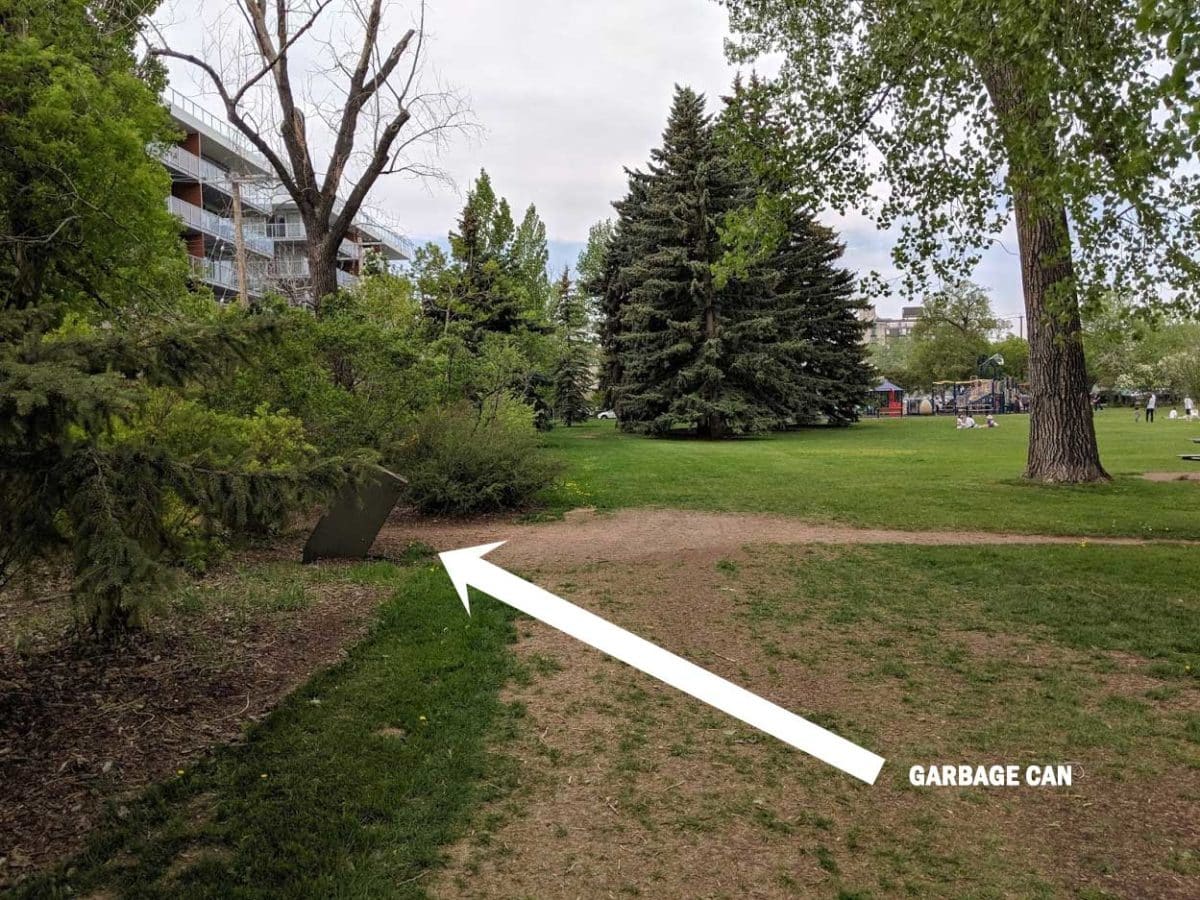 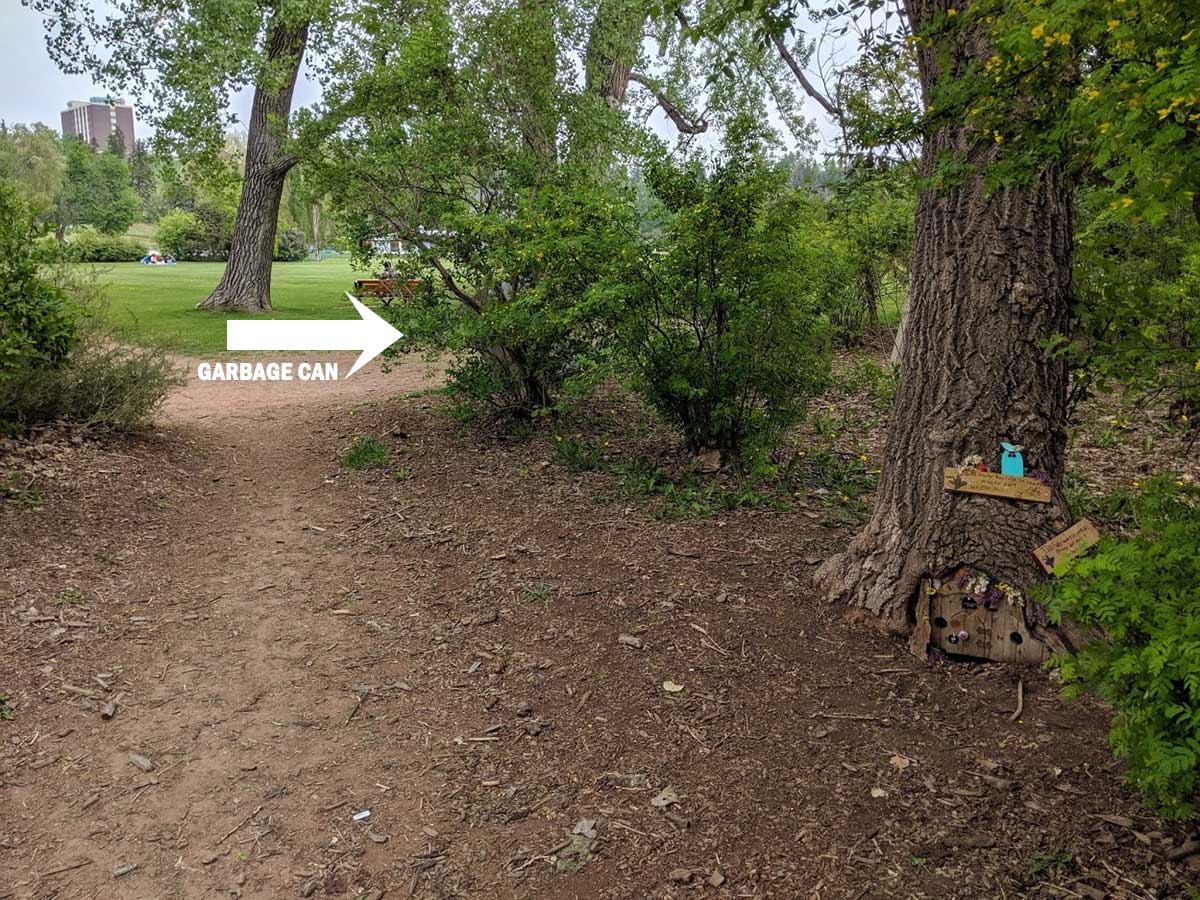