Back on April 23rd of 2009 we were at home just watching TV, when we heard an incredibly loud SMASH noise outside. Not entirely uncommon living in downtown Calgary, but it was louder than usual. We looked down towards 5th ave and saw a Blacktop cab inside Taste Buds Cafe. This happened at 5th avenue and 8th street SW.

I equipped a set of pants and headed down to find out what happened and to take a few photos and videos before the scene was taped off by first-responders. Thankfully nobody was hurt! If this had been during the day time hours, the sidewalk and cafe would have likely had numerous people out and about.

Though I am not sure what happened to the driver after everything was over. Probably taken to hospital for evaluation. It turns out that the driver was suffering from some kind of diabetic shock episode and lost control or passed out.

Through The Looking Glass, and Wall, and Door

Living downtown, you get pretty used to the usual bangs and cracks and screaming and drunk people, but this was more of a very loud boom/smash. Even fender benders make a pretty unique sound. This was like something out of a movie. As I arrived, the Blacktop cab was well inside the restaurant, having driven through the front wall and windows. I’m not sure who the driver was or where he was. Some other random people were kind of checking it out and walking around too. 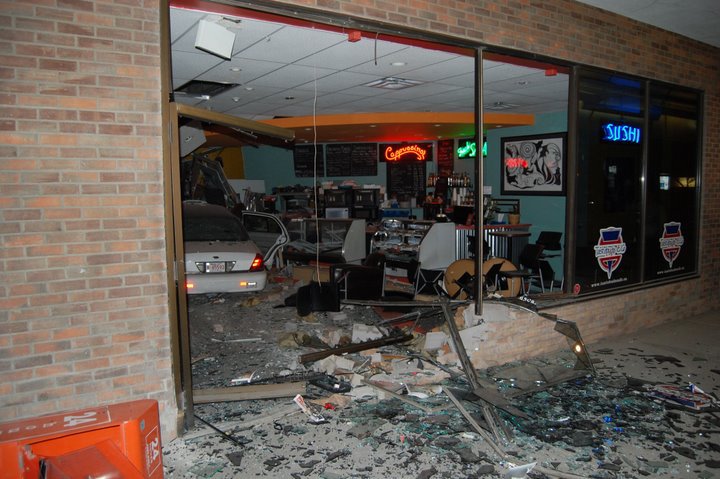 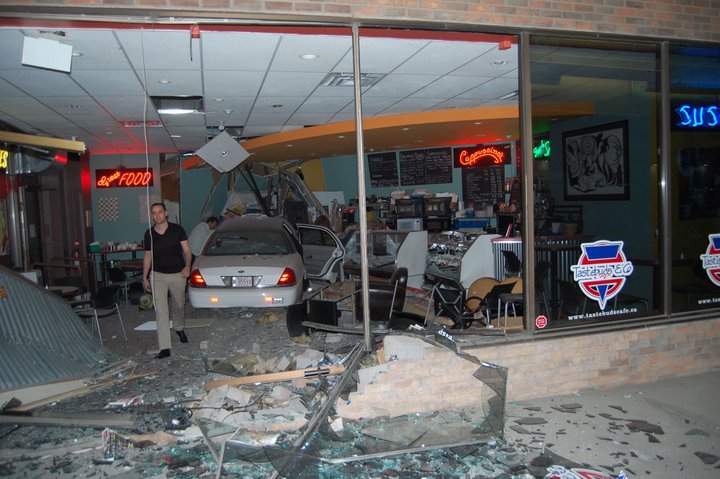 The area the Blacktop cab drove through was where the door and front window were. He went straight through that and then ended up inside a food counter cabinet. This is what it looked like before the accident (credit: from their Yelp page) 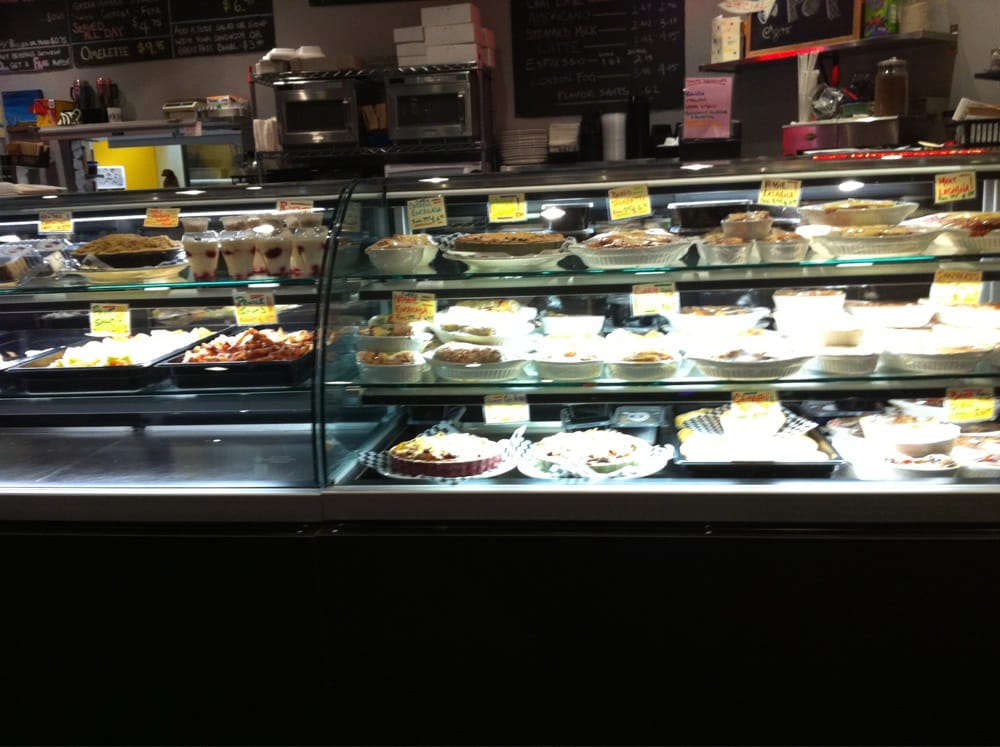 Tastebuds Cafe was obviously closed for a period of time after the Blacktop cab incident. They did end up reopening, but only for a short time before closing up for shop permanently. 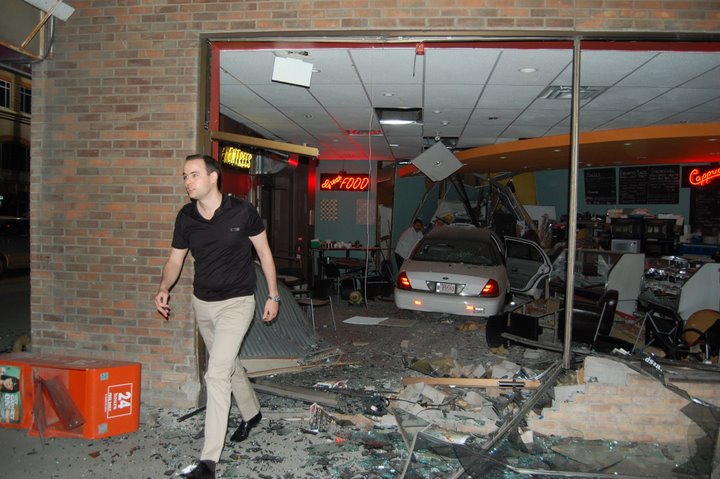 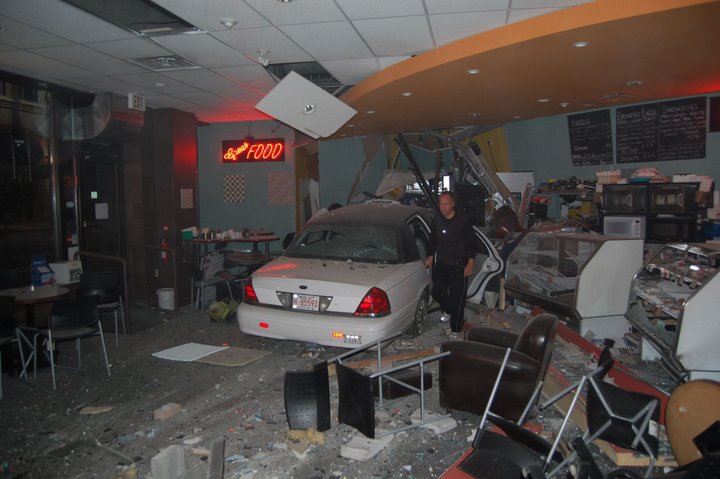 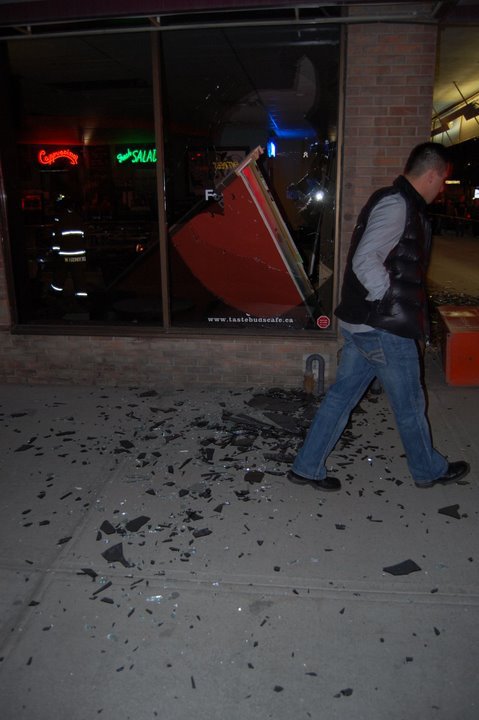 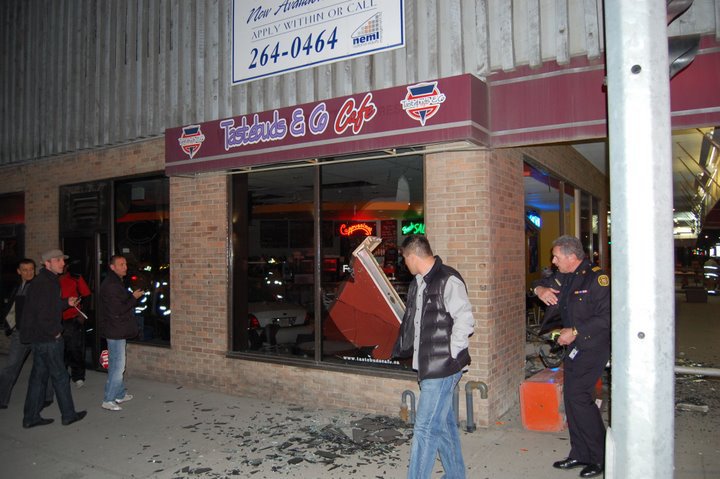 What Did It Look Like Without The Blacktop Cab?

Here’s a photo I grabbed from their old Yelp page. It was a pretty typical cafe setting store front. 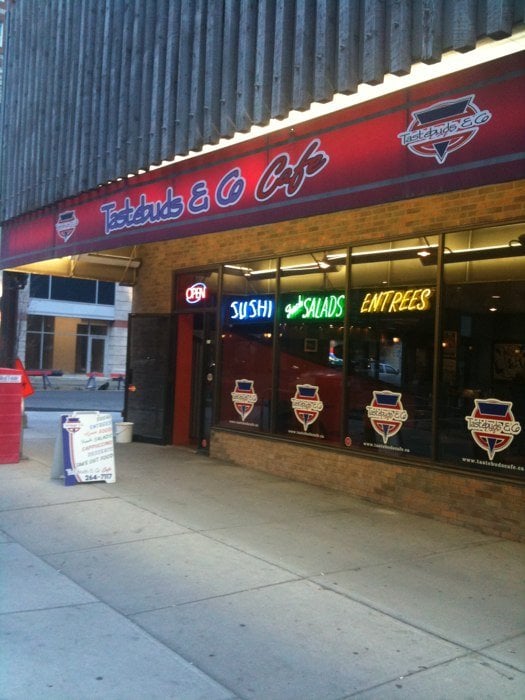 As of November 2016, a new restaurant has opened in their place. It’s called Donair Station and they serve the usual food you’d expect alongside Donairs. Their food is so-so. Dropped by once on their opening day, found it kind of small and lacking.

Glad nobody was seriously hurt!