Prepare To Be A/Mazed by Cabaret Voltaire Escape Room

Thank you Cabaret Voltaire Escape Room for the invite! I’ve never been to an escape room before, but I have seen and heard a lot about them popping up around Calgary. Hell, even a smaller town like Banff had one when I was there for Mother’s Day! Super curious as I’ve been about them, an opportunity to go just hasn’t presented itself – until recently. I jumped at the chance to check out Cabaret Voltaire at A/Maze Calgary, a high tech room in the downtown area that is set to open up shortly. I’m really glad that I did because it was super fun, even more so because I brought a few Twitter friends with me to check it out.

Cabaret Voltaire is the famed Zurich nightclub that was one of the earliest homes of Dada. Given its namesake, it’s no surprise that this escape room is set in 1916 and revolves around art and logic.

What Is an Escape Room?

I don’t want to give too much away, because it’s something you should really experience for yourself, but I can give you some basics! An escape room is basically a giant room-based puzzle that consists of clues that get you into to (and out of) locked or unseen areas and rooms. Sometimes things are in plain sight, some require clues and pieces, and all of them require thinking outside of the box (so to speak). In this one, your team has one hour to figure out how to solve the big mystery, and you can have up to 6 people on a team. Generally the more people the better, right? Not with these! Space in an escape room is limited and too many people make it cramped and hard to navigate. It sure is nice to have the help of your fellow escape artists though! 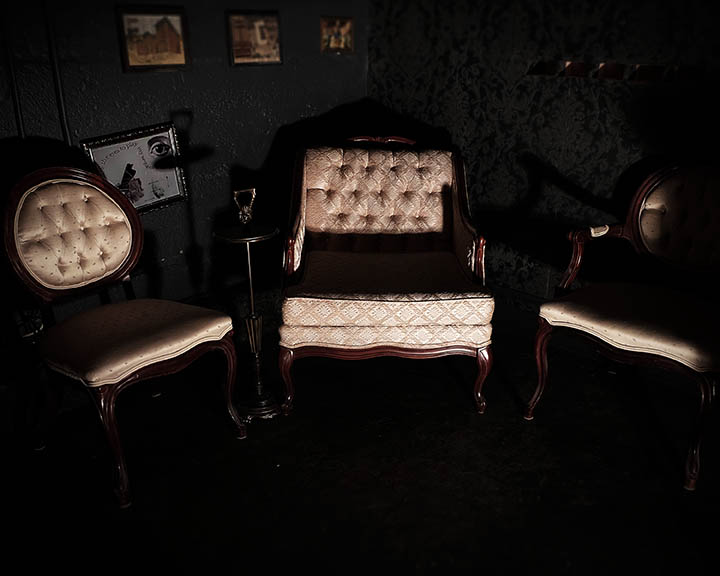 Our group had 5 people and we finished with just 10 minutes to spare. I am told we are the only group to have finished so far out of people who got a sneak peek, so that’s pretty awesome!

You’re not totally on your own to figure it out, thankfully, as there is some interesting help along the way! We were all extremely impressed with the experience, and our group ranged from rookies like me to others having gone to everyone in Calgary, and beyond. We all enjoyed the story and the tech behind it was really cool. Because we all worked on different parts of the problem, we all missed things that the other people in our group experienced, and we are eager to go back. For those who don’t like to repeat the past, two more escape rooms are coming to A/Maze!

Check out their official trailer:

A/Maze Calgary is located in the basement of 206 11th Avenue SE. For more information, and to book your seat at the Cabaret Voltaire, visit their website: A/Maze Calgary

We’re really looking forward to trying other escape rooms in Calgary. There’s apparently quite a variety of them, all sorts of themes and difficulty levels. 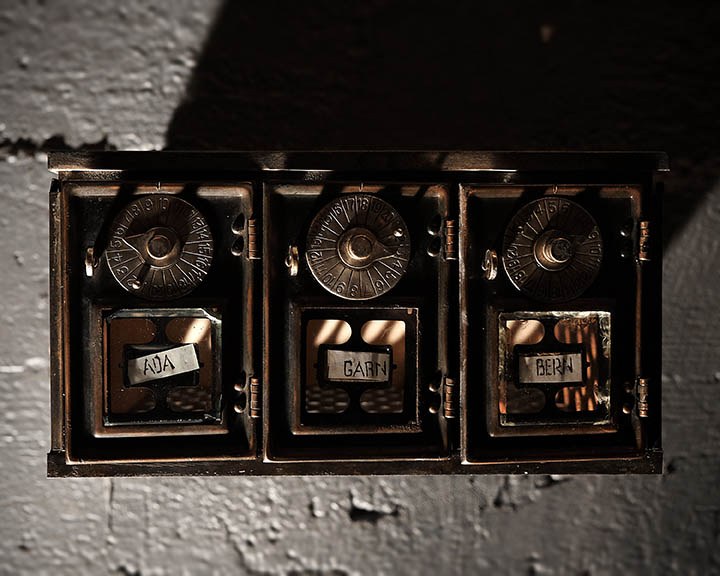 Cabaret Voltaire Escape Room was a blast. Have you gone through an escape room in Calgary? Leave us a comment telling us your favourite and why we should check it out!

Your Guide to Regal Cat Cafe in Calgary