We get asked pretty often on Twitter where to eat in Calgary, in general or for a specific craving, so we thought it would be fun to toss a few of our usual answers into a blogpost. Hope this list helps you find somewhere for good noms. They’re places downtown, and surrounding area.

These are in no particular order, just some favourite places to pig out.

All photos were taken by us, usually with cell phones.

When it comes to tubed meat barons, Wurst is the most barony. They serve up all kinds of brats, pretzels, burgers, sammiches and sharing food. Most of it is best consumed with a Kölsch. The atmosphere is really fun, especially on Saturday nights when the live oom-pah band rocks the beer hall, located in the basement. While they do have salads and sides, if you’re a hardcore vegan you might want to go elsewhere.

They have a number of gluten free options too.

Located at the end of the 4th street strip in Mission, Wurst should not be missed. 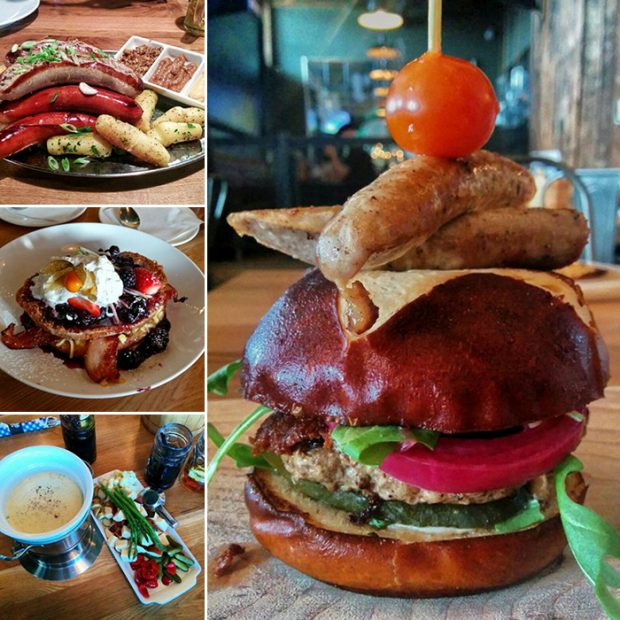 If you like to scarf down deep fried things, hit up Blanco on 17th ave sw. From 3pm – 5pm is their halfyhour, where things like nachos are half price. The giant nachos plate below? Like $12. Highly recommend you drop by during halfy, bring some friends and an empty gut. 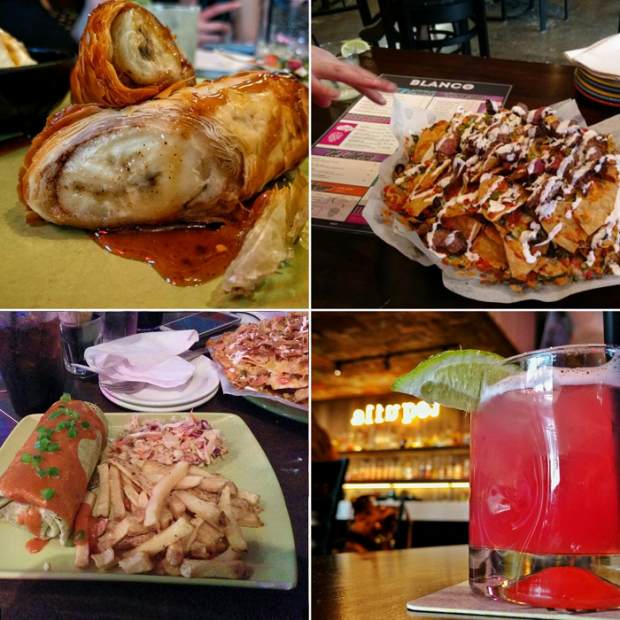 Located along Stephen Avenue in the heart of downtown, if you didn’t know to look, you actually might miss it. Thomsons is kind of tucked away within the Hyatt hotel, in the Telus Convention Centre.

The breakfast or lunch buffet has all the breakfast food you’d ever want, including an omelette station to cook everything up fresh. They also have eggs benedict but you need to ask for it. They’ll bring it to your table when ready, same with waffles. Not a fan of their coffee, that’s the only downside for us.

If you can, sit in Ringo’s section, he’s the best server ever. 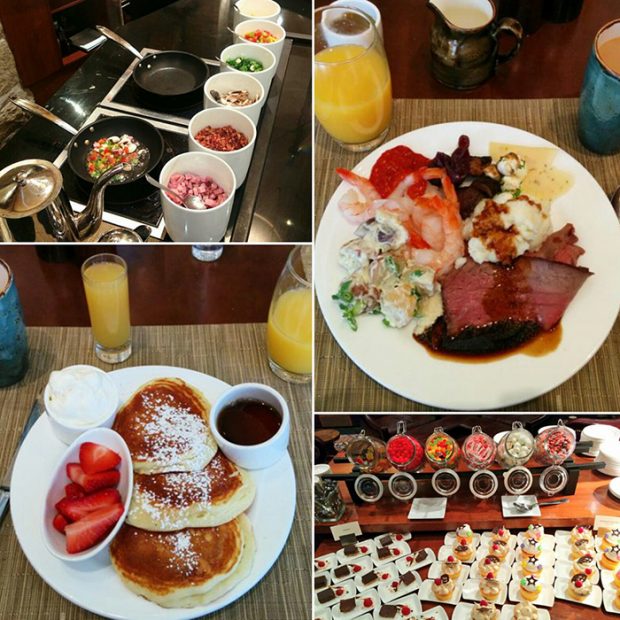 Pie is in for 2016! Not only pie, but great pie. Pie Cloud serves up a nice selection of dessert classics (try the key lime pie!!) and savory pies, like the Steak and Ale Guinness pie. guh. I want pie now. Try them, so good. Of course they have brunch, and as of recently, afternoon tea. Where to eat in Calgary? Pie Cloud. 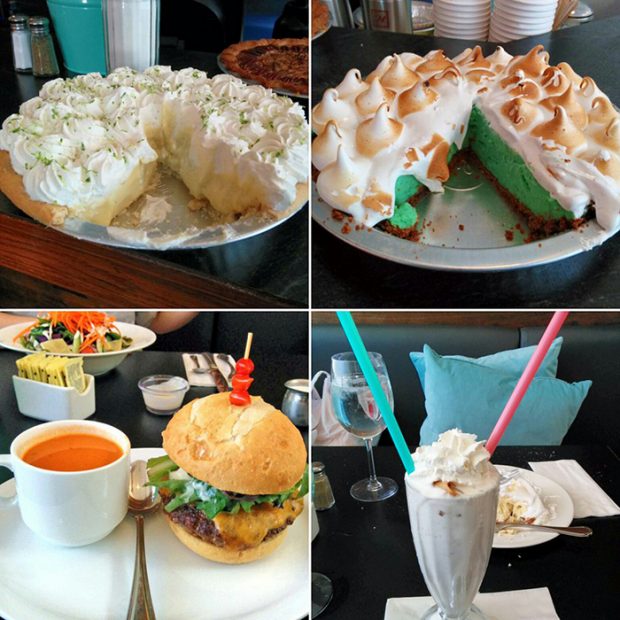 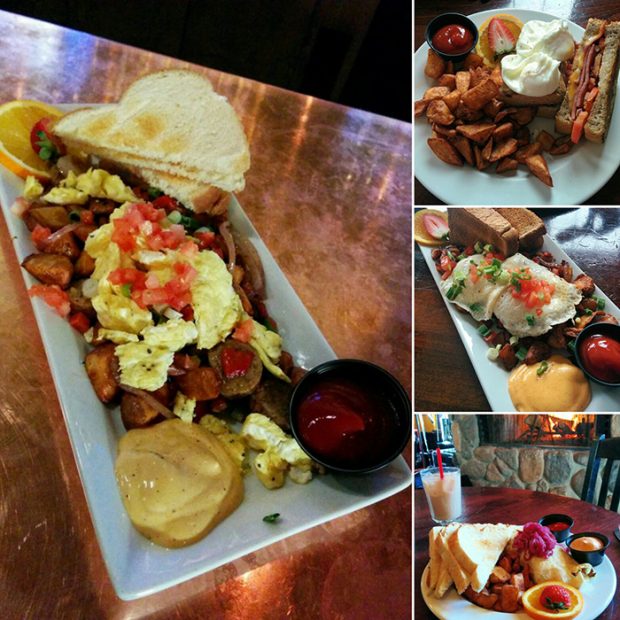 Goddamn do we ever love brunch. Roosevelt does up a nice one. Burgers are really good too, and alllll Alberta beef of course.  Their burgerfest entry for 2016 had this kind of sriracha bun.. it was so good. They do a great flatbread, especially when it’s on special. Check them out, very easy to get to along 17th ave downtown. On weekends they do free mini donuts and mini milkshakes. 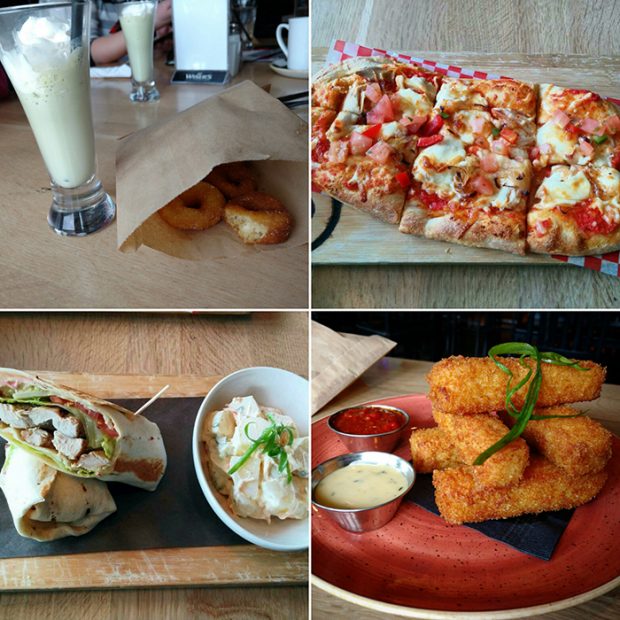 Located in the heart of downtown, Ruth’s Chris steakhouse in the Calgary Tower serves up an excellent dining night out. Great atmosphere, service, you can even get your meat served bleu, if you’re down with bleeding meat. The prices at Ruth’s Chris are higher than anywhere else on this page, but you really do get what you pay for. They have private rooms to dine in too, great for business meetings. 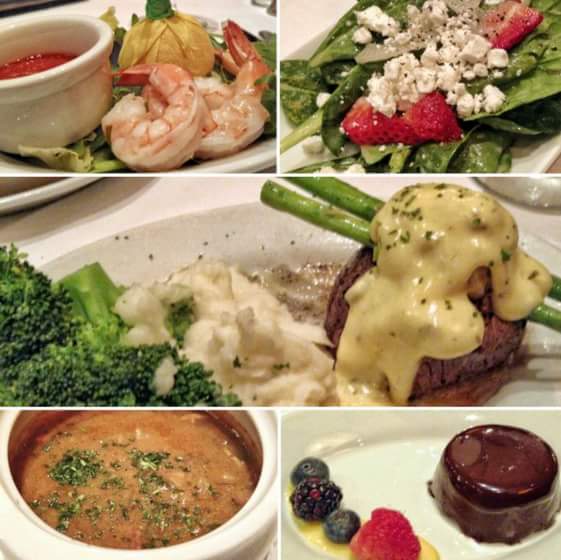 Another great brunch spot, with one of the best views in the city! The top of the Calgary Tower rotates, so as you nom your foods, you get to see the whole city — from the tower POV. Try their donut platter, it’s reasonably priced and made to order. They sky 360 hash is the best brunch ever! 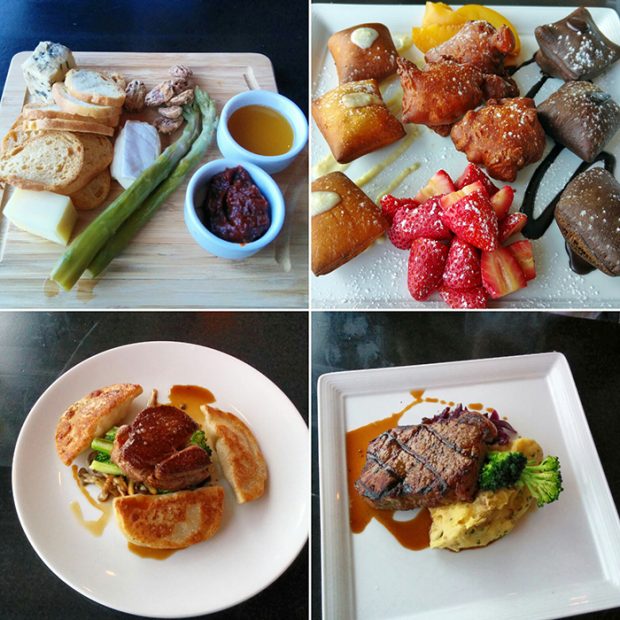 This is a Sunnyside area staple and is always busy with lineups out the doors on weekends. They have a great breakfast as well as day menu but they close early so make sure you don’t miss out! Their breakfast poutine and fresh baked goods are to die for! 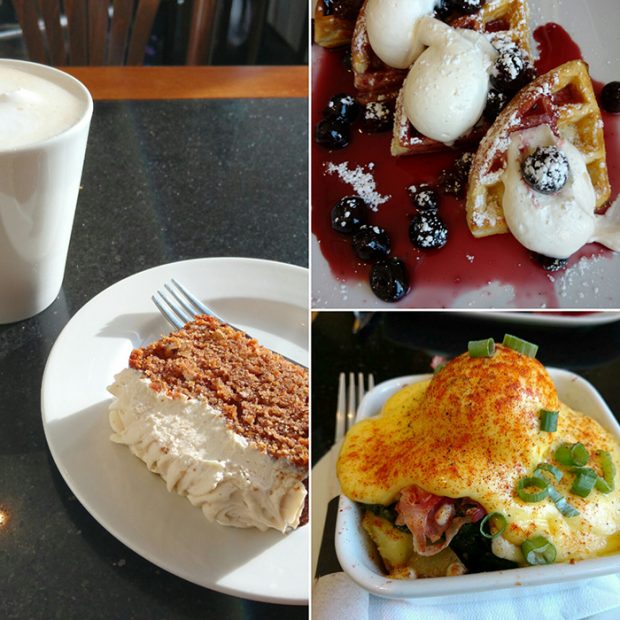 Brunch. Brunch brunch, brunch. Brunchy brunch brunch! Craft Beer Market has an awesome brunch, as well as a brunch buffet on select holidays. 150+ beers on tap to choose from. A ridiculous amount. Some info on my Calgary Brewery Tours post about that, if you’re a beer person. 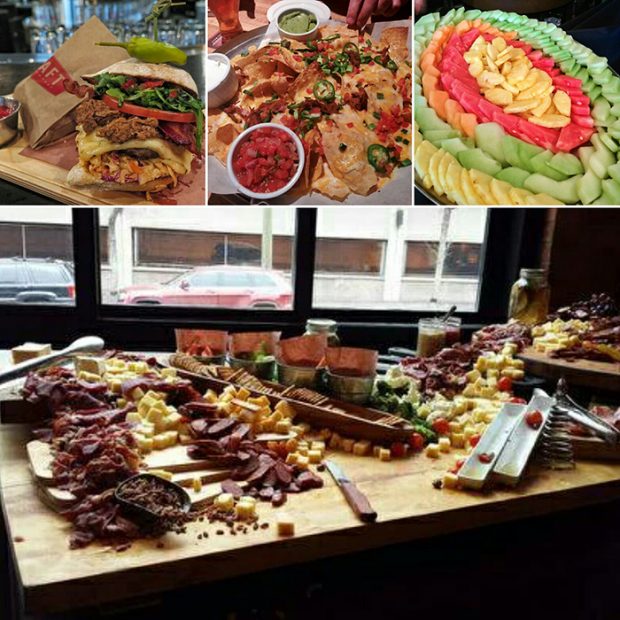 Where to eat in Calgary: in Conclusion

It was actually pretty difficult to limit a “Where to eat in Calgary” list to just 10 places, so many really good restaurants out there. Need to try more Indian food joints I think.

Thanks for reading. Where do you like to eat?

Covert Concert 2016 at Flames Central: win your way in! (ENDED)