What Springs To Mind When You Think About Calgary?

The annual pilgrimage of cowboys and cattle for the Stampede? Proximity to the selfie-worthy outdoors? That random mall out in Airdrie that makes zero sense considering that it’s next door to CrossIron Mills? Depending who you poll you might not necessarily hear responses like “queer arts” or “gay scene”. I’m sorry to break any right-wing hearts–wait, no I’m not–but Calgary is pretty queer. And that’s not a recent thing either. 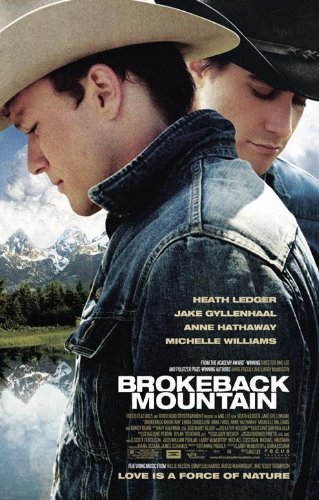 There are rumours that the queers have always been here. It’s not just at Pride when the streets are invaded by people of all shapes, sizes, sexualities, and genders chanting “We’re Here and Queer, Get Used to It”. In fact, one of Calgary’s claims to fame is the fact that it is “the launching pad” (TechSavvy) for heading to see where Brokeback Mountain was filmed (that film with Jake Gyllenhaal and Heath Ledger as gay cowboys).

These mountains are certainly a draw for many people. But ask LGBTQ2+ people for recommendations of things to see and do that caters for us and we probably won’t say the place where that one movie was filmed that had one gay guy brutally murdered and the other lived a heartbroken, isolated life.

That’s quite a common occurrence in film, actually. The gay characters lived awful lives and/or died, and/or were the villains. This wasn’t a coincidence. It was written into code, known as the William Hays’ Hollywood Production Code of 1930, aka the Hays Code (1930-1968). The Code banned “depiction(s) of sexual perversion” which is formal-speak for anything not straight or cisgender. Although codes regarding the film have evolved in recent decades, many mainstream films still depict LGBTQ2+ characters as caricatures, as individuals likely to meet a brutal end, in relationships that are not as successful as heterosexual ones, and/or as the villains. Look at any Disney film and see how the villain is coded with queer characteristics – Scar of Lion King and Ursula of The Little Mermaid are prime examples.

Growing up queer means that many people do not see themselves represented in media, or if they do, it is rarely positive representation. This also means that people who could potentially be allies, also do not see LGBTQ2+ people in media and therefore we remain misunderstood, even feared. 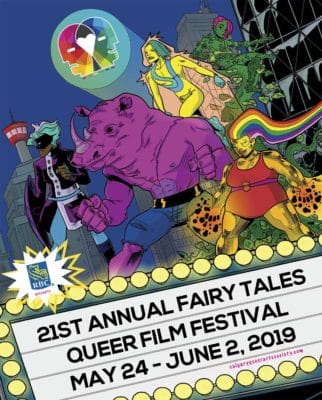 Not only does the festival offer a space where people who identify within the LGBTQ2+ rainbow can finally see stories about them by people like them, the festival and its programming continues to hold itself to a standard that makes sure that we are striving to have all voices heard, all people seen.

For those of us who have been starved of representation, fed on a diet of tragedy after tragedy, the festival truly is a rainbow of stories. It does not shy away from the often painful stories in our history and our present. It gives us those moments to laugh, to cry, and to rage. And, most importantly, it does that in space where everyone else in the theatre gets it. Sometimes, sitting in the dark and staring at a screen is the first time we feel seen and heard. People who smirk at the notion that stories have power have never had to become amateur archivists/internet pirate to find themselves represented in story.

So what’s on offer?

Take a look at queer history in Calgary with Gross Indecency: The Everett Klippert Story, a short documentary about the last person jailed for homosexuality who happened to be a Calgary bus driver. Paired with The Fruit Machine – a documentary that relays real stories of the purge of gay and lesbian people working in the Canadian public service (May 24th).

The festival doesn’t shy away from the darker realities of our past and present nor does it focus solely on these facts of our lives. With films like Tackling Life (May 24th) – a documentary that follows Germany’s first gay rugby team, the Berlin Bruisers – we get glimpses at contemporary LGBTQ2+ people not just living their lives but fighting for their right to thrive. Similarly, we see song and celebration used in the face of anti-LGBTQ law in the Southern U.S. in Gay Chorus Deep South (June 1st).

And if you can’t make your mind up about what you’re in the mood for and don’t want to spend more time making that decision than watching an actual film – our shorts packages and guest programmers are for you – they may be short but these packages are just as rewarding as a full-length feature. Take a peek at trans lives in The T and Other Tales (May 29th), get hit right in the feels with our Love and Loss collection (May 31st), and learn that sex and dating, unfortunately, is not easier for the queer folx in Queerly Complicated (June 1st).

The festival’s continued success in delivering quality film to audiences each year lies in the continued efforts to foster budding filmmakers and make sure that all voices under the rainbow are heard. Through programs like the Youth Queer Media Program, Calgary’s very own get to see their film on-screen (May 31st). This year we’ve partnered with The Treaty 7 Film Collective to give us the chance to listen to the stories queer people of colour often struggle to tell in mainstream media.

Let us give you more! 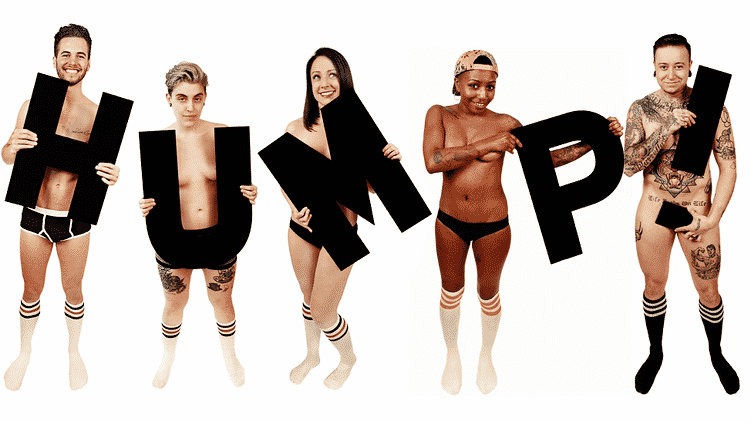 The festival is not just about watching amazing films. With programmer’s corners, audiences are able to discuss what they’ve just seen which keeps the feeling of community alive long after the end credits. We have inclusive and accessible yoga happening May 25th (courtesy of our friends at Junction 9 Yoga and Pilates), come out for Reading with Royalty with some of glamorous drag kings and queen (May 26th), and a Pride Ride partnered with BikeCalgary (June 1st) that leads to excellent tunes courtesy of BassBus and delicious food from Calgary’s best food trucks.
Come out, come out, whoever you are! We’ve got events for families and friends to come together and have a fun-filled festival!

Calgary Queer Arts Society, formerly known as Fairy Tales Presentation Society, is a nonprofit organization located in Calgary, Alberta that exists to give voice to queer people and their stories. Historically, LGBTQ2A+ individuals have been suppressed, deprived of power, misrepresented and often overlooked by institutional support systems. We are committed to transforming this reality, and will continue to work passionately towards an inclusive future for all people.

The arts are an integral part of who we are. Storytelling connects us all, dissolves our differences and breaks down barriers so that we can find aspects of ourselves in others, and of others in ourselves. Our stories are important to Calgary, which is why we are committed to creating and sharing the narratives that shape us. We use storytelling mediums and artistic endeavours to inspire thoughtful conversations that educate and strengthen communities and institutions.