The Calgary Blackout of 2014: timeline of events

Blackout in Calgary from 2014

On Saturday, October 11, 2014 Calgary suffered a blackout as a result of an underground electrical fire located on 8 Street SW between 5th Avenue and 6th Avenue. The following is a rough timeline of the events as we saw them, living directly beside it.

8:17 pm: Honking heard from outside. Found streetlights on 8 street SW were malfunctioning from 4 Avenue to 10th Avenue. Some lights all green, others all red, some flashing, one completely dark. We called the non-emergency Calgary Police line to report it. Police and transit on scene immediately to direct traffic.

8:18 pm: Calgary Transit tweets they are aware of traffic lights out.

Due to a traffic signal malfunction at 7 avenue and 8 street SW, we are experiencing a minor delay in train service. *JR

8:31pm: Firefighters descend into manhole to investigate. (Did not witness them leave the manhole) 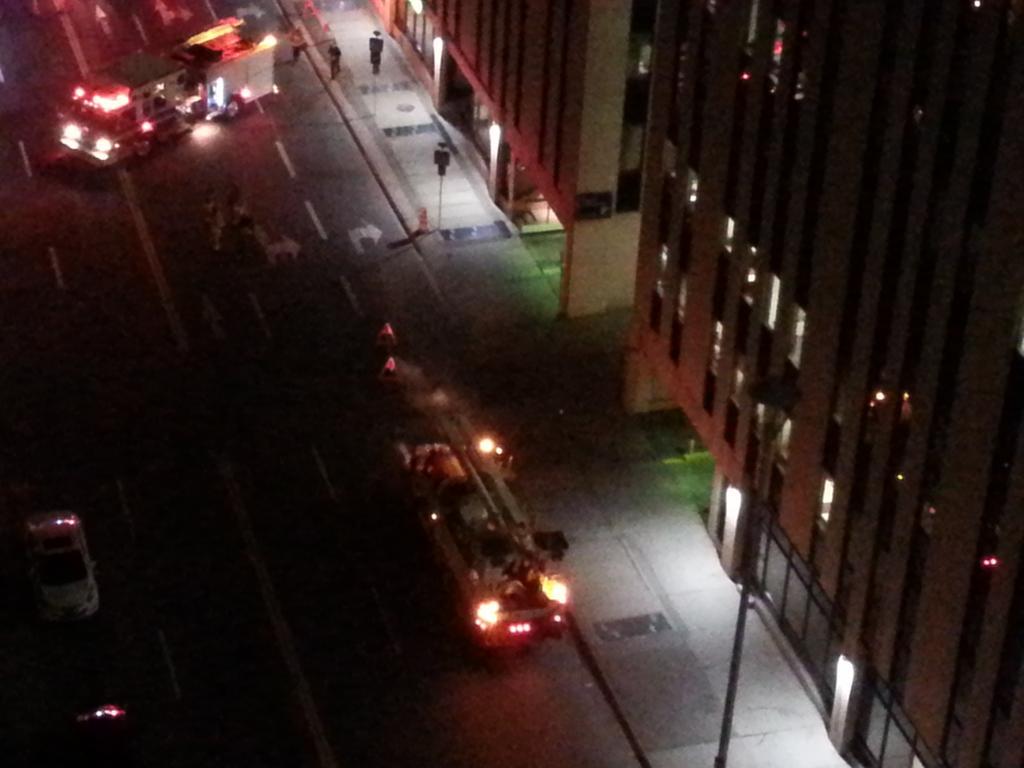 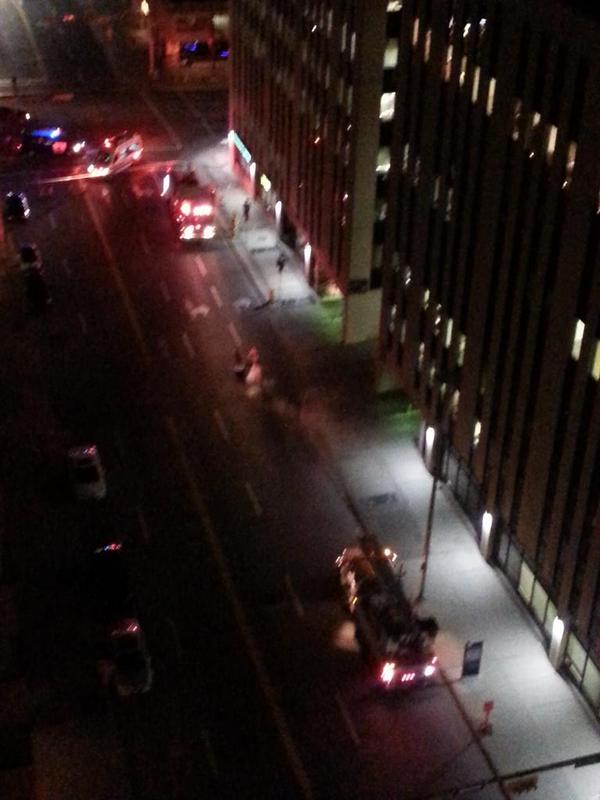 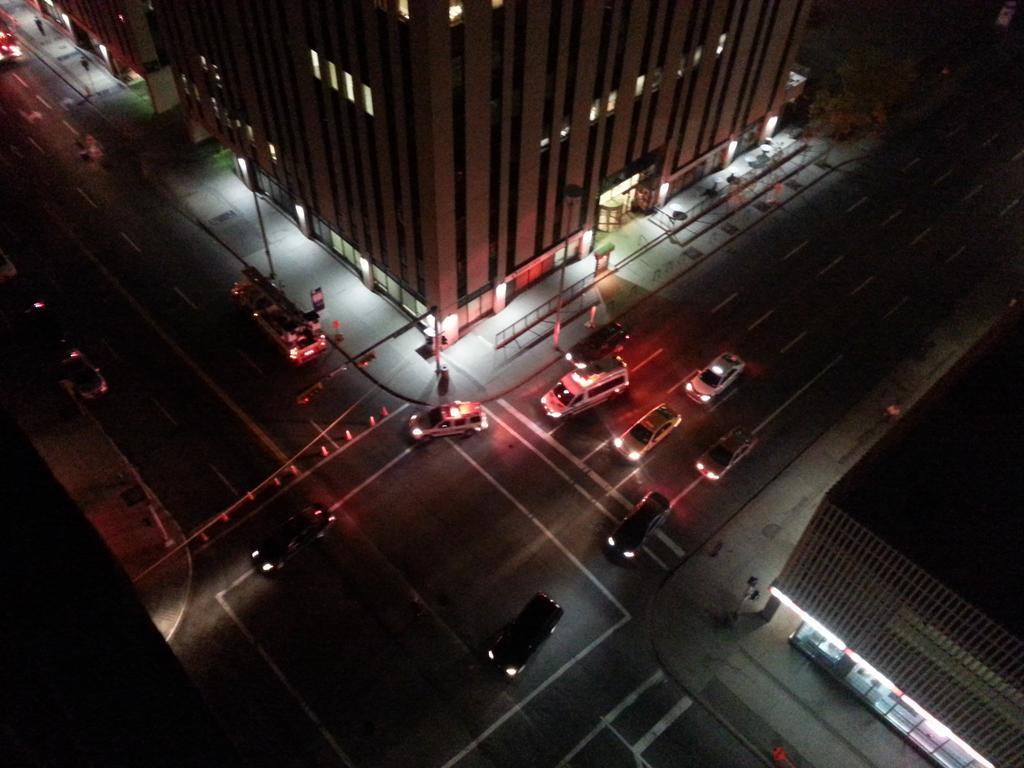 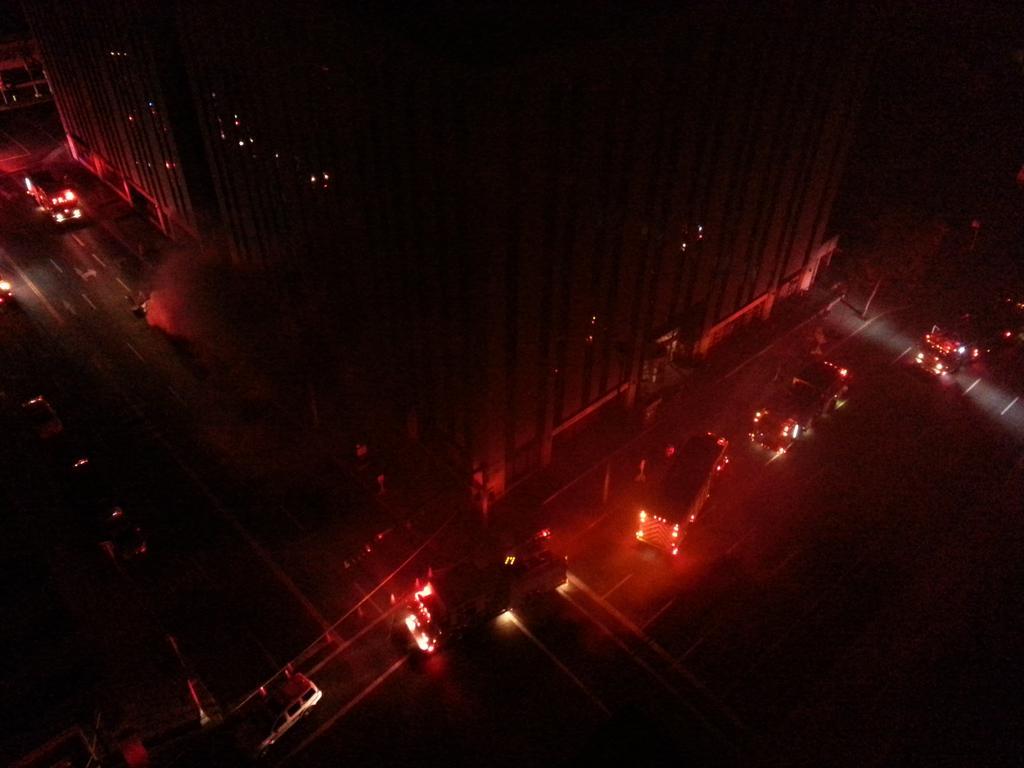 9:53 pm: Power lost in the area and alarms heard sounding in surrounding buildings.

ENMAX is aware and addressing the situation.

10:14 pm: Conducted telephone interview with 660 News about what we were seeing. 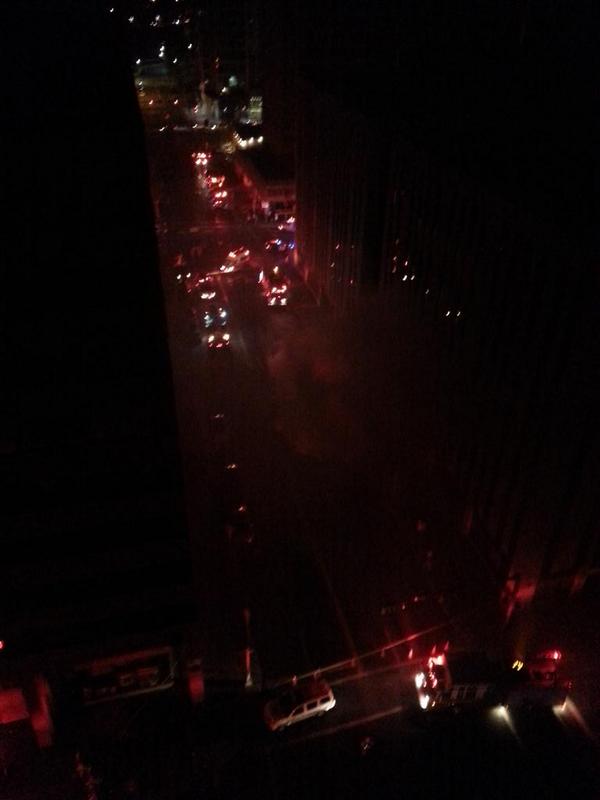 I don't yet have any more information about the situation downtown but avoid west end if you can. If you are there please stay put for now.

Our members are dealing with a serious underground fire at this hour. Please avoid 8th St. S.W. between 4th Ave & 9th Ave. @CGYFireFighters 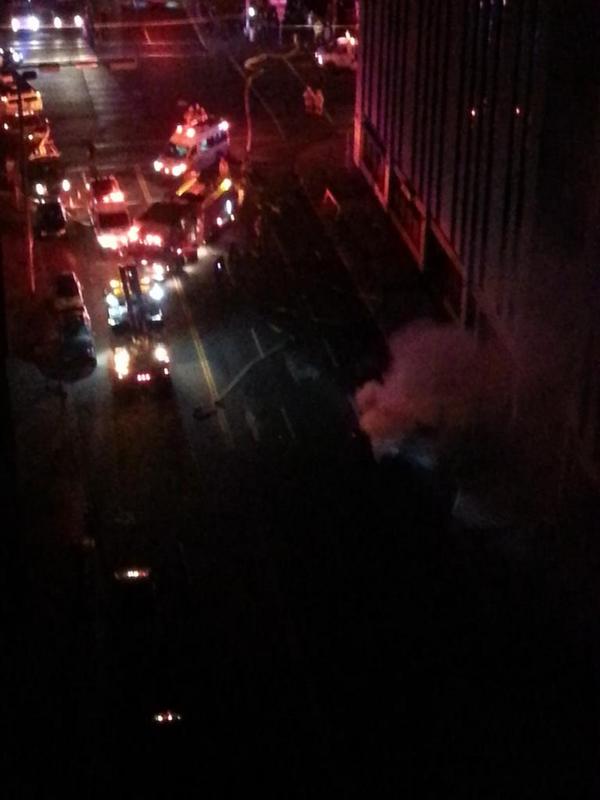 11:09 pm: Fire declared out and spraying is complete.

11:39 pm: Smoke sets off alarm in the basement of the East Calgary Place tower, putting both towers in alarm.

Here is a compilation of all the videos that we recorded with our camcorder during the emergency. Not all clips are in the right order but we had to work fast with a generator to get this post accomplished. – Mrs & Mr. Crackmacs <3

This notice came over our in-suite intercom multiple times, warning us to evacuate or be prepared to evacuate if it becomes mandatory.

Investigators believe the origin of the fire was a relay used to control street lights. Due to the extent of the damage caused by the fire and a subsequent blaze a few hours later, investigators cannot determine what caused the relay failure.

2 thoughts on “The Calgary Blackout of 2014: timeline of events”