Calgary Captured is a project that utilizes the internet (both technologically and help from volunteers like you) to identify and categorize which species of wildlife call Calgary home. Placed throughout various Calgary Parks were a number of trail cameras that took photos of any/all wildlife that happened to pass by it, using motion sensors. To date the project is only 1% complete (as of June 2019) which means there is a lot left to do. Over 3100 volunteers have helped look through photos so far, but anyone can help. It takes no time to jump right in and begin flipping through photos, you don’t even need to register an account. You should register though! You’ll be able to track your progress, plus you can save the favourite pictures you find.

What they hope to accomplish with the Calgary Captured project

Calgary Captured enables you to join our team and help us classify trail camera photos by identifying the animals you see. By participating not only will you help us with the massive and very important task of identifying wildlife, you get a first hand look into who calls Calgary home and we hope you will enjoy looking at the diversity of wildlife in Calgary. We will use the results to better understand Calgary’s wild neighbors and to help inform our conservation and management goals within the City of Calgary.

Click here to read about all of their research.

How Does Calgary Captured Work?

There’s a tutorial, but basically you look at an image and click a button to indicate which kind of animal you think it is. They have a list of 33 varieties to choose from, including humans (they’re such a pest). Other people can chime in and leave their opinions about it too, really making use of the crowd sourcing platform.

If you need it, they have an easy to use tutorial that explains everything. You don’t need to login to access it! Click here to visit their site, click Tutorial on the top. 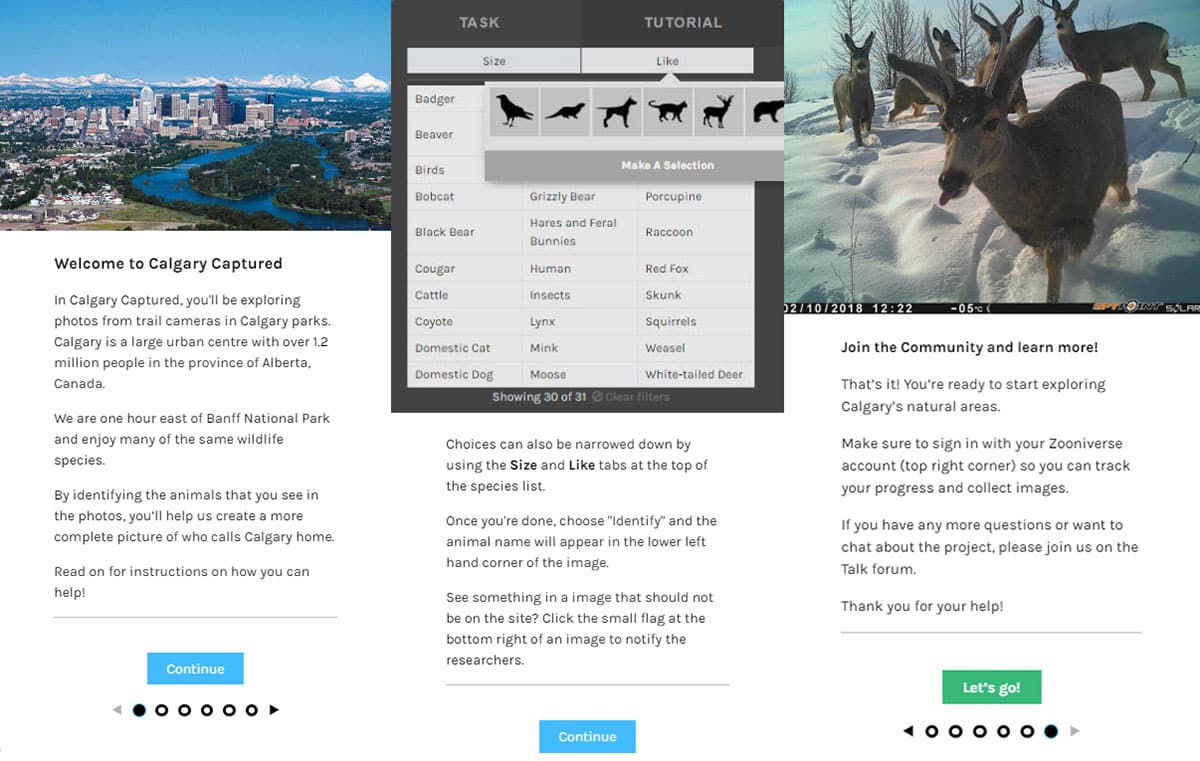 In addition to hosting the platform, Zooniverse has a discussion forum for the Calgary Captured project. Access it here.

You can also respond to photos directly and discuss them with other users.

The platform that makes this possible is called Zooniverse and it has several other projects just like this one that need human help. Here’s one transcribing prisoner records from Australia. Another one transcribing records from shipwrecks. Maybe you want to pour over UK weather records and help digitize them. It’s actually really cool! I’m going to stick to helping Calgary but you do you. Go find something that means something to you and help the world.