One Of Many Beautiful Kananaskis Campgrounds

Canyon Creek Campground is one of our many provincial campgrounds, operated by the Alberta Government, so overnight camping has a fee. Canyon Creek is located within the Peter Lougheed Provincial Park area, in beautiful Kananaskis country. Some people prefer only going crown land camping, but I’m a fan of both. Camping in a designated government campground provides a certain amount of comfort and security that you just don’t get when crown land camping. Camping anywhere in the Kananaskis area is something I look forward to any chance I get. Love getting out there and will go camping as often as I can! The air is so fresh, and the mountains are amazing.

This guide will give you an idea about what it’s like to visit and camp overnight at Canyon Campground.

It’s located about an hour and a half drive from Calgary.

As it’s one of our provincially maintained parks and campgrounds, it has some of the usual amenities you would expect at a family campground. There’s a playground for the kids, a boat launch, fishing (even a fish cleaning stand!), firewood sold by the camp attendant, nearby hiking trails and bike trails, picnic tables and everything is accessible through paved roads. Some might look at it as ‘glamping’, but whatever, I’m okay with this style of seeing nature.

There are 50 unserviced campsites, which are $26/night.

In addition there are of course outhouses provided and maintained by the staff members on site. There are also bear proof garbage bins.

If you’re looking for a nice weekend getaway in the summer time, Canyon Campground is awesome and I highly recommend checking it out. As it’s a first come first serve campground, you can’t make reservations. If you’re going on a long weekend, I recommend sending 1 person out the night before and reserving campgrounds. Go out on Thursday to get your spots. If you get there and no spots are left, there are some other campgrounds in the area which might have some open spots. Speak to the camp supervisors, they’ll try and help. They’re great.

Like any other provincial campground I’ve been to, it was pleasant and the staff were very nice people, who drove around constantly with plenty of firewood bundles you can purchase. Bring as much as you can carry from elsewhere though, it might be a bit cheaper!

The grounds are very clean and well taken care of. There is a lot of wildlife out in the Kananaskis area and we want to keep them wild. Park staff and wardens travel through the grounds constantly looking for food left out or other violations. Don’t ever leave food out! I’ve seen people leave multiple coolers full of meat in an unattended campground while they were off doing whatever. Don’t do it.

Fishing is one of my favourite hobbies, and seeing as I don’t have a vehicle, it’s not exactly that easy to make it out to the better fishing spots like Lower Kananaskis. The Bow River and the Glenmore Reservoir are my local fishing holes, but I don’t really catch much. Don’t care though, as they say, a bad day out fishing is better than a good day in the office.

I fished Lower Kananaskis multiple times during my stay, and of course caught nothing, but like I said, that doesn’t really matter to me. Getting out there and breathing the fresh air and experiencing the mountains is a reward in itself. We’re so lucky to live in Calgary, and Alberta. I also spent some time fishing nearby Upper Kananaskis lake. A fish did end up on my line, but it broke. I was using an orange and white spoon with black dots on it. I’ll get in to fly fishing eventually, it looks like a lot of fun.

Lower Kananaskis is accessible by foot from some parts of the grounds, if you don’t mind a short walk. Depends where you’re staying exactly in Canyon Campgrounds of course, but you will likely need to drive down to it. There is plenty of parking and everything is easily accessible.

Camping in the Kananaskis area can be do unpredictable. When we were fishing Upper Kananaskis lake, a Grizzly bear and her 2 cubs emerged out of the forest and scared the crap out of everyone.

I was fishing along the side of the lake with my buddy Douggie while our friends and family were playing in the water and on the beach. The bear actually showed up behind us first, which was really terrifying. You don’t want to be anywhere near a momma Griz and her cubs. They were walking along the pathway usually used by hikers, toward the parking lot. We ran like hell along the rocky water coast to get to the parking lot area to warn everyone. No cell phone reception out there.

As we got to the parking lot the bears came up along the path and that’s where I started recording the video. We had bear bangers and bear spray with us but thankfully didn’t need to use any of it.

They weren’t the only grizzly bears we saw! This guy decided to take a dip in a nearby stream. He stayed there for a little while swimming around and giving himself a nice bear bath. Wild Grizzly bears!! It’s mind blowing how amazing of an opportunity it is to see these guys out in the wild. 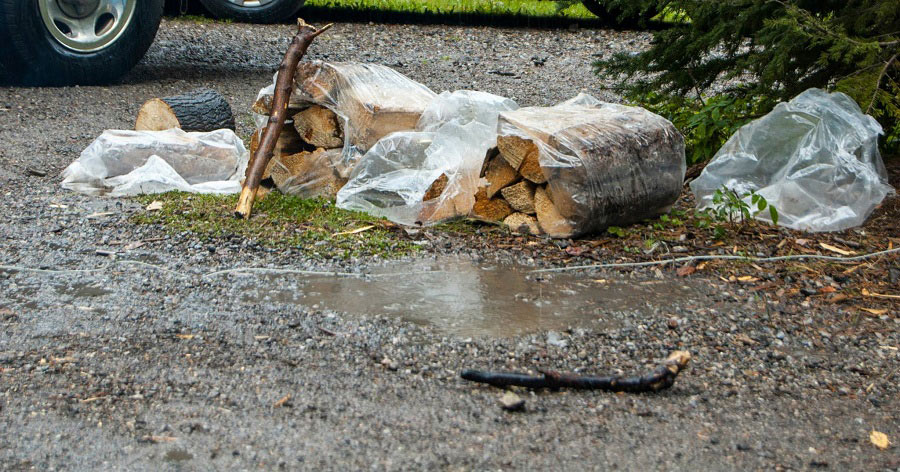 We had so much rain for the majority of our stay. And  it was really cloudy at night.

Pictures Of The Stars

Thankfully it cleared up long enough for me to get a few decent photos of the stars. Not sure what’s in the last one, looks like a comet or satellite? 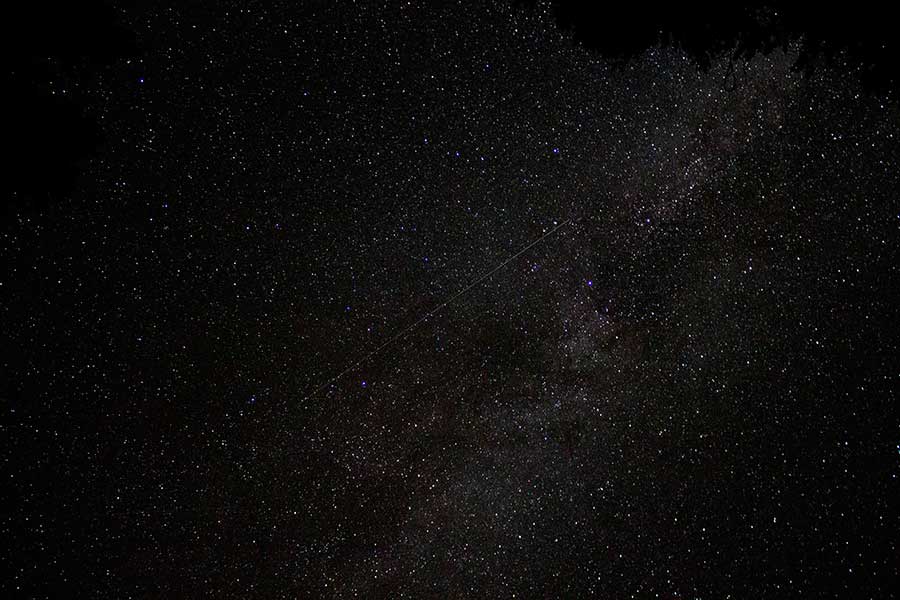 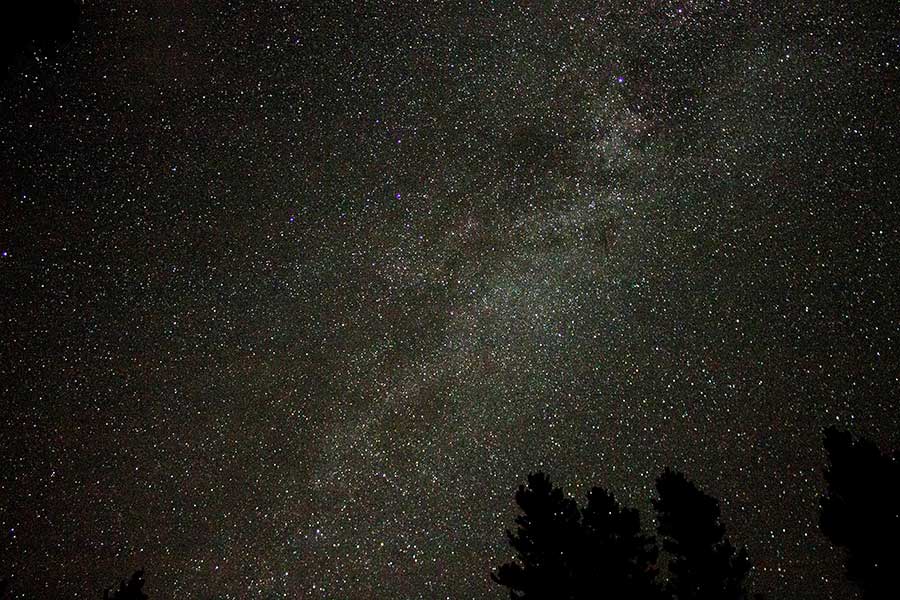 I was using my older Canon Rebel T3 camera, with the kit lens. I had a really small tripod, out on the roadway between all of the people camping. Didn’t put too much effort into it.

1 thought on “Guide to Camping at Canyon Creek Campground, Kananaskis”