I put together this blog post on Quincy’s Lounge because it was a fixture of seventh Avenue for a long time, and seemed like an interesting place.

Quincy’s Lounge was one of Calgary’s premiere downtown steak houses that saw crowds of all kinds and was located along 7th avenue southwest. When they weren’t folding napkins and pouring glasses of champagne, the restaurant was transformed into a venue for all sorts of musical acts, adult only kink shows and comedy improv nights. Their final show (facebook event here) called The Last Chimera was a depressing send off, but a send off nonetheless.

Quincy’s is gone now, felled to the wrecking ball and I suppose the shifting economy. The Distillery for a short while operated in the basement of the building, until being evicted due to landlords being sued. Metro Calgary has an article on that with some more information. Here’s an archived copy of the Metro article if it goes down.

They ripped down almost the entire block.

The current state of Quincys Lounge is a smoking pile of concrete, rebar and dust.

In the Olden Days

According to their Facebook page, Quincys Lounge previously went by a few different names.

“Formerly known as “Oliver’s (Social Club) & the Old Bailey (Lounge)”. One of Calgary’s Premiere Restaurant, Bar, Lounge and Event destinations. The House that Dr Charles Allard built (the man responsible for SuperChannel, SCTV and the Edmonton Oilers). One of Calgary’s Historic Landmarks, featured in several Movies, on Television shows, and playing host to the likes of Iggy Pop, Tina Turner, Billy Idol and The Who to more contemporary and underground artists and producers such as Hive, Mutt, Ill Esha, Jay Wikid, MKU and Aurora Kush.”

I’ve exhausted my Google-fu in trying to verify if any of that is true, or more information. Not really finding much at all. There’s probably a few articles out there. 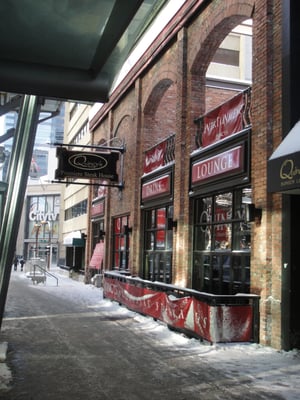 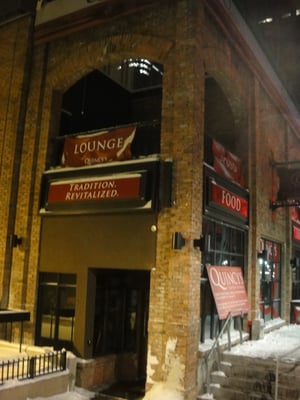 Oddly enough? I never actually went to Quincys when it was open. Living downtown, I had walked by it a million times, just never made plans to drop in and see what it was all about. Wish I had, it looked to have a wonderful atmosphere and kitsch. Facebook and Yelp reviews mentioned some pretty rude staff too. Maybe that was part of their charm?

Heard they also had a pretty good $10 steak sandwich, which can be hard to find in downtown Calgary. Maybe I’m just picky.

The Distillery for a short while operated in the basement of the building, until being evicted due to landlords being sued. Metro Calgary has an article on that with some more information. Here’s an archived copy of the Metro article if it goes down. 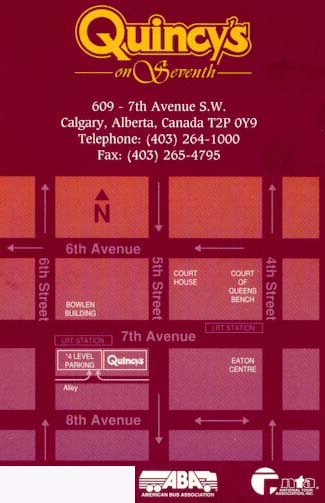 Thank you to the wonderful archive.org wayback machine, you can see what Quincys used to charge for wine. Click here.

A piece of Calgary.