Have you ever tried talking to yourself on twitter? Responding to your own tweets is a great way to share multiple thoughts on the same topic or get out additional information without having a bunch of unorganized, or numbered tweets.

Once you’ve tweeted something, responding to yourself will ensure the tweets show up in order and in the same chain. Also, anyone looking at the original tweet will see the entire thread.

See the @YYCforum tweets below as an example. There’s a beginning, middle and end tweet. You can carry this on as many times as needed. 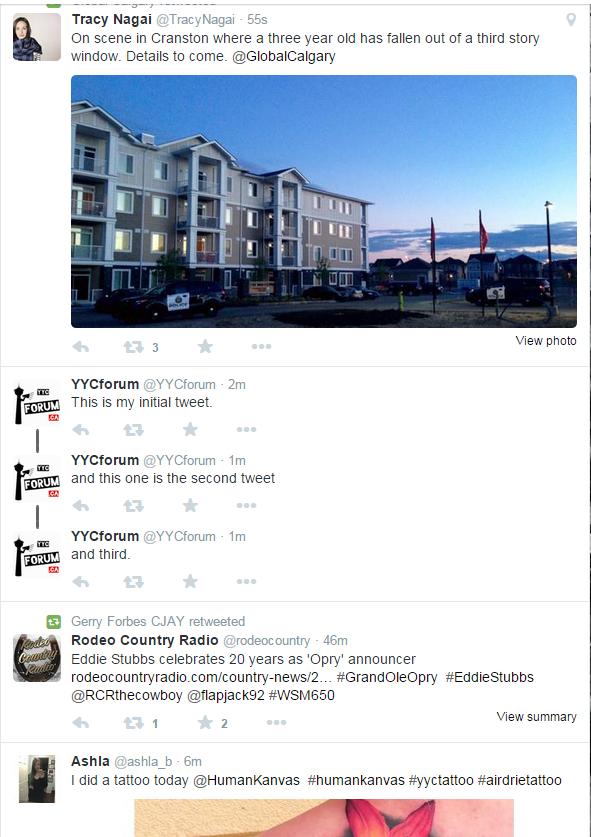 When you tweet like this you’re able to convey multiple thoughts in the same vein without having various responses and  conversations spread over multiple tweets in your timeline. In addition each time you add another response to your initial tweet, the ENTIRE tweet thread will show up at the top of your followers’ feeds too. Also, it just looks better.

Responding To Your Own Tweets: How To

Respond to your own tweet you want to include a reply to. That’s it. I did this on my twitter account, then deleted them. Just for this demonstration.

Remove your account name from the reply as twitter understands and will put the tweet in the correct place, and you’ll get those valuable characters back too.

Make sure to respond to the previous tweet in the series, NOT the initial tweet or they won’t be in order. 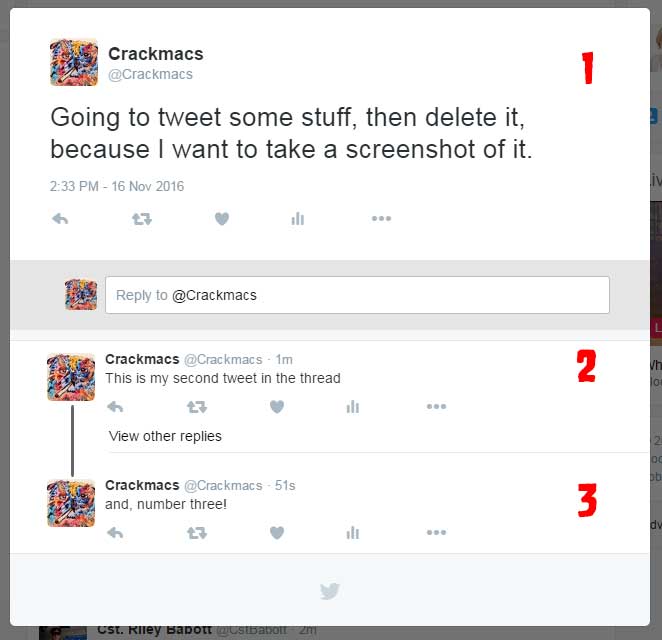 In addition, the thread will also show tweets by other people, which you can see in number 2 above. “View other replies” will show the responses. In this case someone responded to number 2 directly, before I had even sent number three.

There you have it. Easy to do, and quite effective. This is especially handy for large accounts that need to share some great information.