Last night we took the kid to see the Bugs Bunny Symphony at the CPO (Calgary Philharmonic Orchestra), within the Jack Singer concert hall.

The orchestra is on the stage and they have a screen above them playing various classic Warner Bros cartoons. The video plays and sound effects still happen, but all of the background music is played live.

Pictures and video were not allowed during the show, so a ‘before’ shot is all I could grab. You get the idea though.

The conductor was really funny and knowledgeable about the symphony business, George Daugherty. Before pieces he talked about the old timey guys who did all the music and really built their industry up from nothing. It was quite interesting, coming from someone who doesn’t know anything about that era.

When the video was playing and the musicians were playing their guts out, it was so easy to lose yourself in the moment, totally forgetting there is a 100 piece orchestra right in front of you. The kids enjoyed it (cartoons!!) but the adults enjoyed it even more I think. There were guys just laughing themselves into tears, must have been bringing back a lot of good memories.

This is also the 25th anniversary of the concert, and the first stop on a Canadian tour, just finished with the US.

They did Leopold. Everyone cheered.

During the intermission (and before the show too) the lobby had a bunny talent show/competition. Very lighthearted and cute. The kids especially loved it. Also they serve booze. You can even bring it back to your seat. 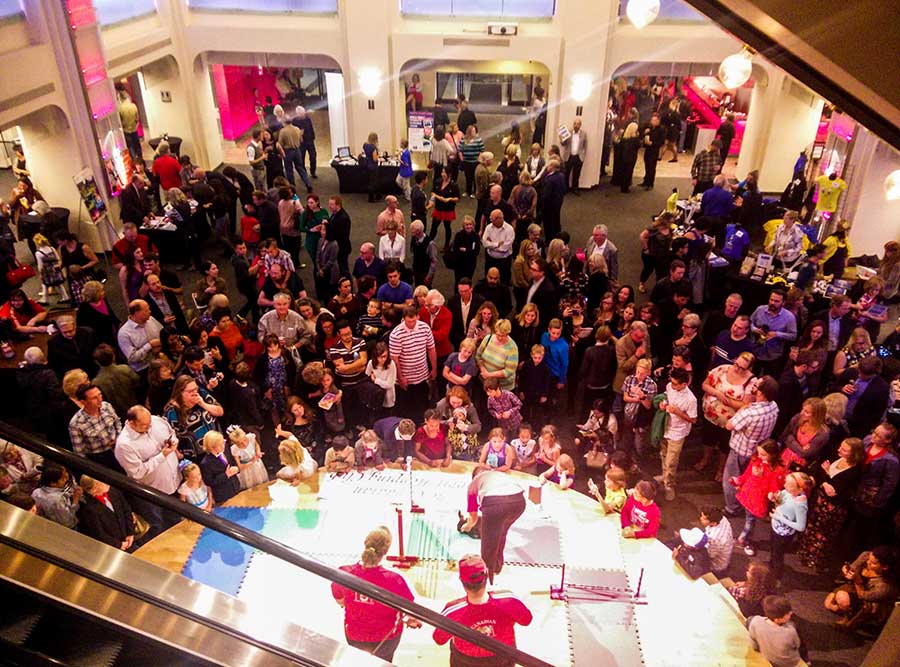 In addition to the Bugs Bunny Symphony show, the CPO is also doing The Nightmare Before Christmas on Halloween! We’ve been to this show before, it’s such a treat. Seeing a movie is one thing, but having a world class orchestra playing all the music in the same room as you.. just makes it better. Trust me.

I love going to the Calgary Philharmonic Orchestra, full stop.

That Happened – An Evening with Moist