Studio Bell After Hours – Adults Only!

Recently the National Music Centre opened up a new way to explore their sweet musical archives, dance the night away, and get your drink on at the same time without having to hide it in a coffee cup. Studio Bell After Hours is a new adults only event they’re running on Friday nights every so often. The aptly named Studio Bell After Hours event is a massive 5 floor dance party complete with live DJs, live music, hot food and a variety of exhibits you can interact and play with and create some fun memories.

Museums tend to be kind of boring, a little stuffy, and dead quiet. This is anything but. I attended the first event (which ended up selling out) and had a blast. It was actually my first visit to the National Music Centre, though I had been to the Studio Bell patio last summer for an intimate outdoor concert. The place is awesome.

What Is Studio Bell After Hours?

If you’ve never been, the National Music Centre is a Canadian mecca of all things music. It’s filled with instruments that have helped define the Canadian music landscape, from newer technological pieces, to ancient and somewhat primitive machines used to mix and blast out tunes. There’s all kinds of information to read and absorb, exhibits to interact and play with, and 5 different floors to explore. Studio Bell After Hours brings this all to you, but with some exciting extras. And beer. Did I mention beer? And wine. You get to drink while taking it all in.

Here are some photos I took during the first Studio Bell After Hours event, which took place on March 21st 2017. 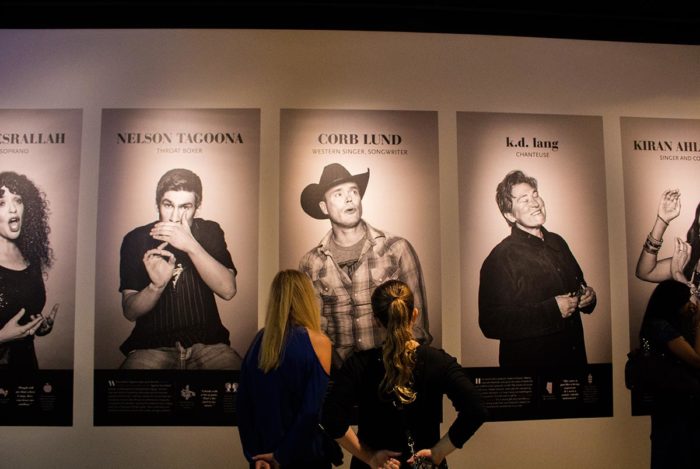 The walls are lined with information everywhere. If you’re into music, and especially Canadian music, you’ll really enjoy this. Studio Bell After Hours is basically the National Music Centre + food/drinks + music + socializing. 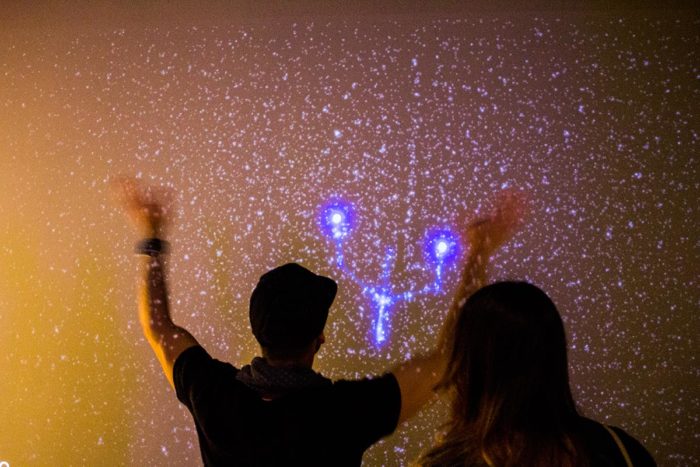 Some of the exhibits are interactive, like the one pictured above. A camera tracks your movement and a light stick man replicates you on the wall, as the background is moving – it’s really cool. This one was one the random things anyone was welcome to walk right up to and start messing with. Really trippy. 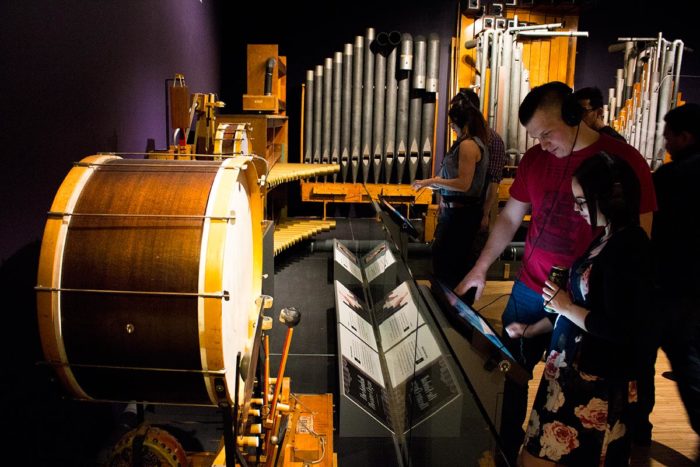 There are some really old and interesting instruments scattered throughout the floors of the NMC. Some are actually historic, being early prototypes and original creations from inventors. There is a lot of information throughout Studio Bell After Hours you can check out, all the while sipping wine or slamming brewskies. Oh, they have cider too. 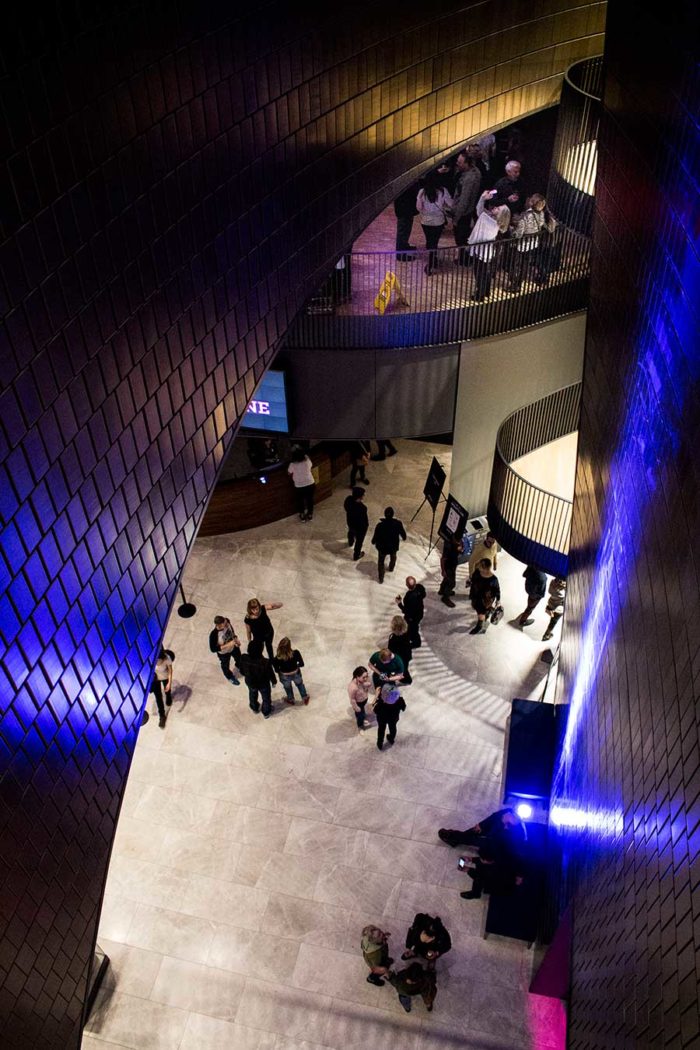 The National Music Centre building itself is wonderful. It’s huge, and not just a big rectangle block. Each floor is similar, but different. There are some really amazing views too, both internal and outside of the building. Hope you aren’t afraid of heights. Protip: don’t drop your phone from here. You’ll a) hurt someone and b) totally obliterate your phone. 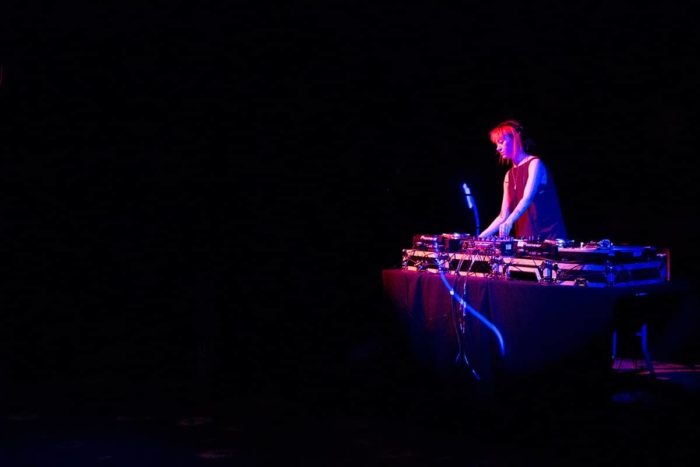 On the second (or third?) floor is a DJ pumping out fun electronic music. There’s lots of room to dance, or if you’re like me, stand off to the side against the wall looking at the people doing their thing. Either way, it’s a good time. 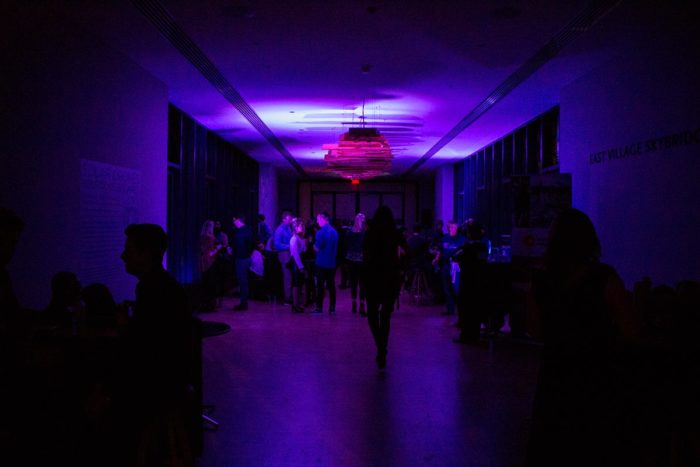 Located on the 5th floor is the EV lounge. The lights are turned down, there’s table and chairs, and some amazing views of the streets below. Good place to chill out and socialize. Just outside the lounge is one of the pop-up bars, so if you need a drink refill, it ain’t far. 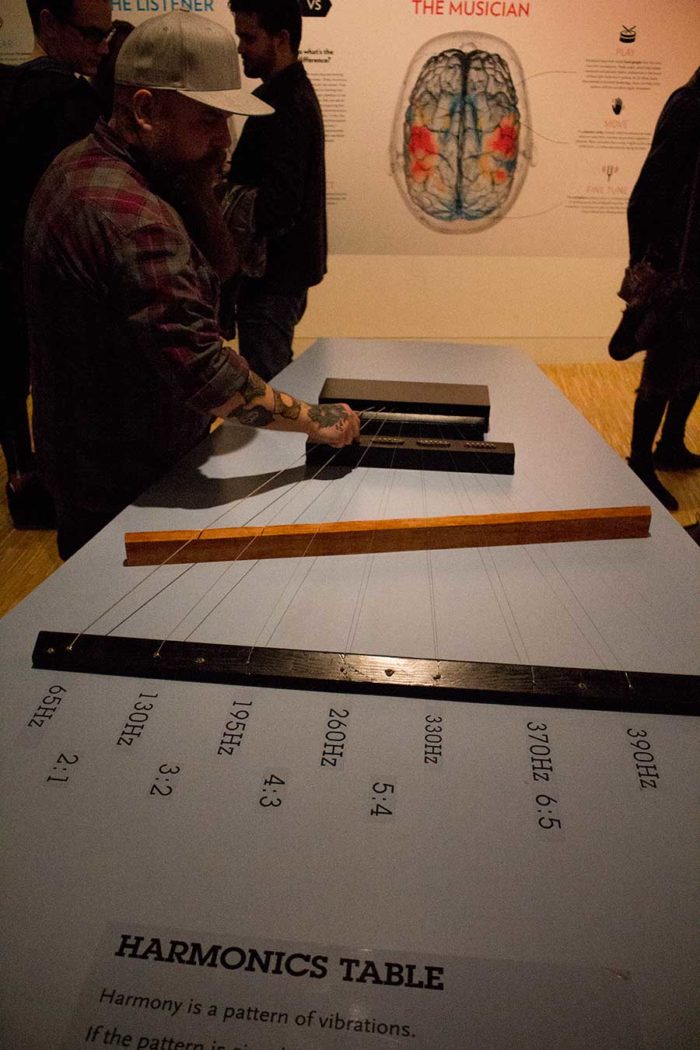 While you can’t play with all of the instruments at NMC, there are lots that you can and hands-on tinker with. Learn from and experiment with. It really mixes well with the adult only atmosphere slash playground. Everyone is chill, everyone is friendly and nobody hogs all the best things. 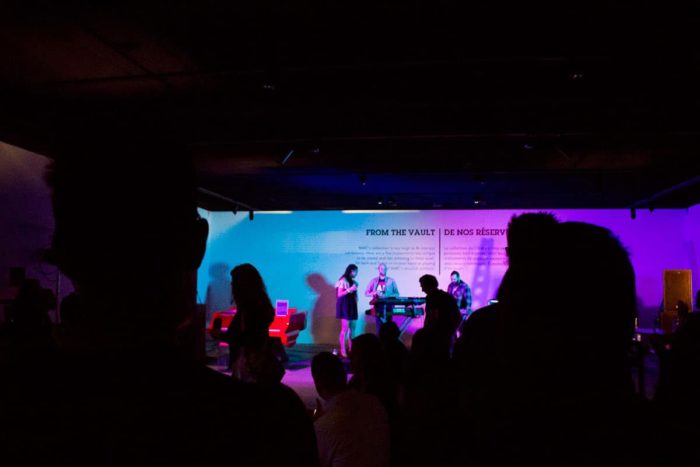 One of the live bands. She sang while the guys rocked out some house/techno music on keyboard and synthesizers. There were fun lights displayed all around the room and on the walls you could interact with. 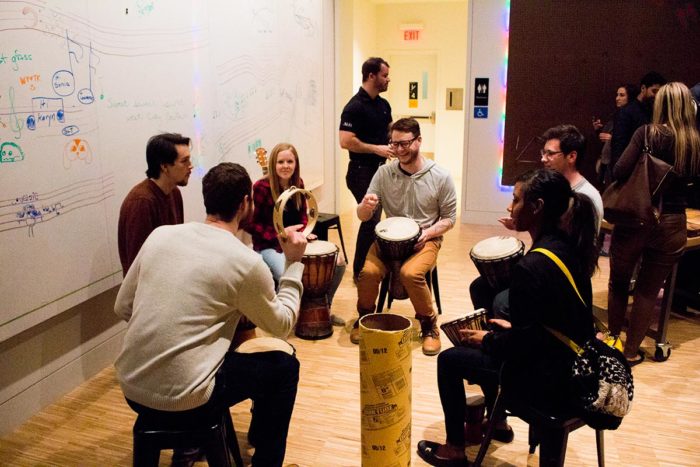 Yes, there’s even a drum circle. The entire building is alive with people and music.

When is the next Studio Bell After Hours?

The next installments of Studio Bell After Hours happen randomly, so I won’t be able to give you a  specific date. I recommend checking their website here: https://nmc.ca/whats-on as it’ll list not only after hours, but other events and programs happening there. Have fun!

Studio Bell After Hours is a great way to explore their space, have some drinks, and have a good time without breaking the bank. One of the more unique things to do in Calgary!