Back for its fourth year, the Wings Over Springbank Airshow is a 2-day outdoor event (July 27/28) showcasing some of Canada’s most talented pilots, doing all sorts of piloty things, all for a good cause other than our entertainment. It used to be called the Airdrie Airshow, before they moved the event to Springbank. The event is not-for-profit, which means that after everything is paid and accounted for, the rest of the money raised will be donated to charity! Each year they pick a different charity to donate the proceeds to.

For 2019 the charity is Wellspring Calgary: A Lifeline to Cancer Support

The thunderous roar of formation-flying jets screaming across the Springbank sky will officially return this summer. The Canadian Forces’ Snowbirds, a nine-plane demonstration team, will mark their fourth appearance at the Wings Over Springbank Airshow.

Wings Over Springbank Airshow is a Not for Profit, 2-day outdoor event featuring the RCAF Snowbirds and the CF18 Demo Team as well as several Civilian Aerobatic Performers. Proceeds from the event are returned back to into the community.

On the grounds, you can try foods from a variety of Food Trucks, let the kids have some fun on one of our numerous kid friendly bouncers while you take in the Car Show. Have you ever wondered what a private jet looks like or would you rather enjoy the dozens of other Vintage and Private aircraft on static display?

Parking is available on site, first come first serve. The airshow is weather permitting and airshow officials will make every effort to notify of cancellation as soon as possible.

About The Wings Over Springbank Airshow

Our mission is to provide a positive and exciting family event. An airshow provides the public with a rare opportunity to interact with our Canadian Air Force, Civilian Pilots and tour specialized aircraft. It is our goal to engage the community of Springbank and residents in the Greater Calgary Area with a unique perspective and understanding about aviation.

We hope to encourage and inspire aviators of today and tomorrow.

Wings Over Springbank Airshow Performers for 2019

The team will perform thrilling aerobatic shows, and breathtaking fly pasts over our nation’s capital on Canada Day, and cities and towns across North America. Look for the commemorative CT-114 Tutor jet with the Canada 150 paint scheme appearing at select locations.

Returning for the 2019 airshow season and we promise to deliver spectacular performances throughout the summer! The CF-18 Demonstration Team personifies the excellence required to keep the Canadian Air Force among the best aviation organizations on the planet. The expertise and dedication required by the team, from the pilot to the maintenance crews to the coordinators, reflects the professionalism of all of Canada’s airmen and airwomen.

The Erickson Aircraft Collection proudly displays a vintage aircraft collection started by Jack Erickson in 1983. The collection features over twenty rare aircraft, most of which are still in flying condition. The newly named Collection will feature rare aircraft that are still in flying condition such as the P-38 Lightning, P-51 Mustang, Ki43 Hayabusa, F4U Corsair, SBD Dauntless, Grumman Duck and B-17 Flying Fortress.

For the 2019 airshow we will be witness to the thundering performances of the P47 Thunderbolt. (left) and the P40 Kittyhawk (right).

The P-40 is most famous as the aircraft of General Claire Chennault’s American Volunteer Group – the Flying Tigers. Their P-40Bs defended China against the Japanese. P-40s also serviced in the Pacific, Middle East and Europe and defended North America in the Aleutians. The P-40 was operated by England, France, China, Russia, Australia, New Zealand, Canada, South Africa, and Turkey as well as the United States.

Brent Handy is an unrestricted, surface-rated aerobatic pilot and air show legend, and you bet he’ll be back for 2019. This will be Brents 6th time performing at the Wings Over Springbank Airshow. Brent is highly skilled, having flown at various airshows across Canada and the United Sates all while maintaining a full-time career on active duty with the Royal Canadian Air Force as a training and standards pilot for the Canadian Forces Snowbirds.

Fun fact! what Brent does is referred to as “barnstorming“. Kind of an old timey word, which are my favourite.

Born in small town Wyevale, Ontario, Brent knew from a young age that he wanted to spend his time in the air. Brent’s early flight training was earned through the Air Cadet program. His first solo was in an Air Cadet glider, at age 16. Ten years later, Brent’s dream of becoming a CF-18 Hornet pilot was a reality. And through a fortunate series of events, he was selected to fly as a team pilot with the renowned Canadian Forces Snowbirds jet team in 2011.

Following his tour with the Snowbirds in 2012/2013, Brent took his airshow career to the next level. Purchasing a beautiful Pitts S-2, he had the good fortune of polishing his aerobatic prowess with airshow legend Wayne Handley.

We were contacted by a the airshow in early July asking if we wanted to meet up and go fly around with Brent in his Pitts S-2. Uh, we immediately said yes. However, after thinking about it, we decided to send a buddy of ours in our place. Why? Two reasons. Two very good reasons. 1. We would totally not do well being upside down. 2. We’re both over the weight limit for the seat lol 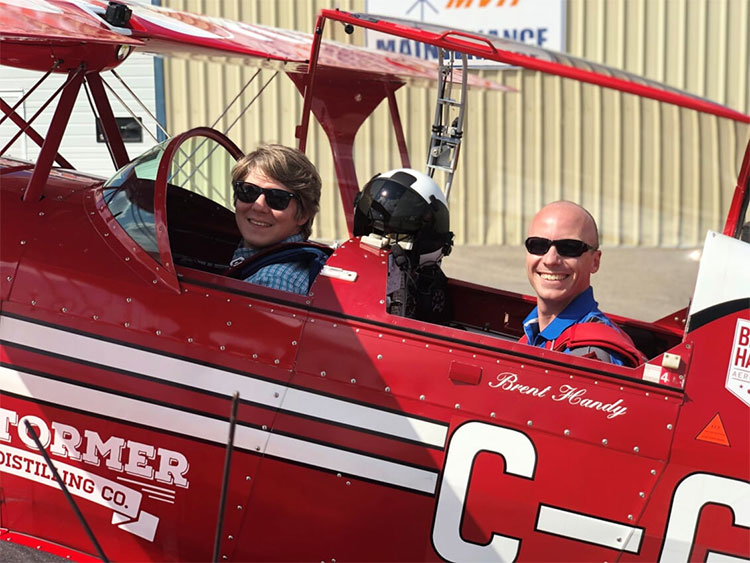 Ryan was able to both make the weight limit, and promise to keep his lunch down, so he went in our place and grabbed some photos and video of the experience. Thanks again Ryan! All of the photos/videos belong to him.

This is a Pitts S-2 special aircraft. 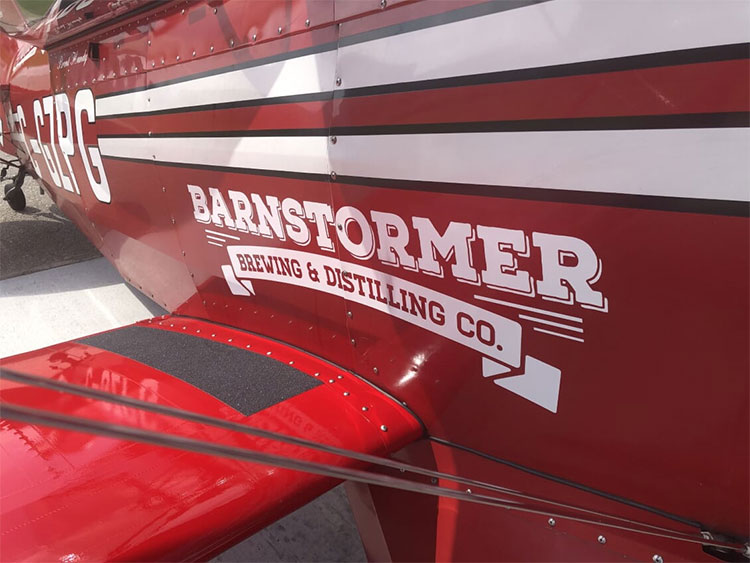 Very fitting Brent has this Barnstormer decked out on the side. 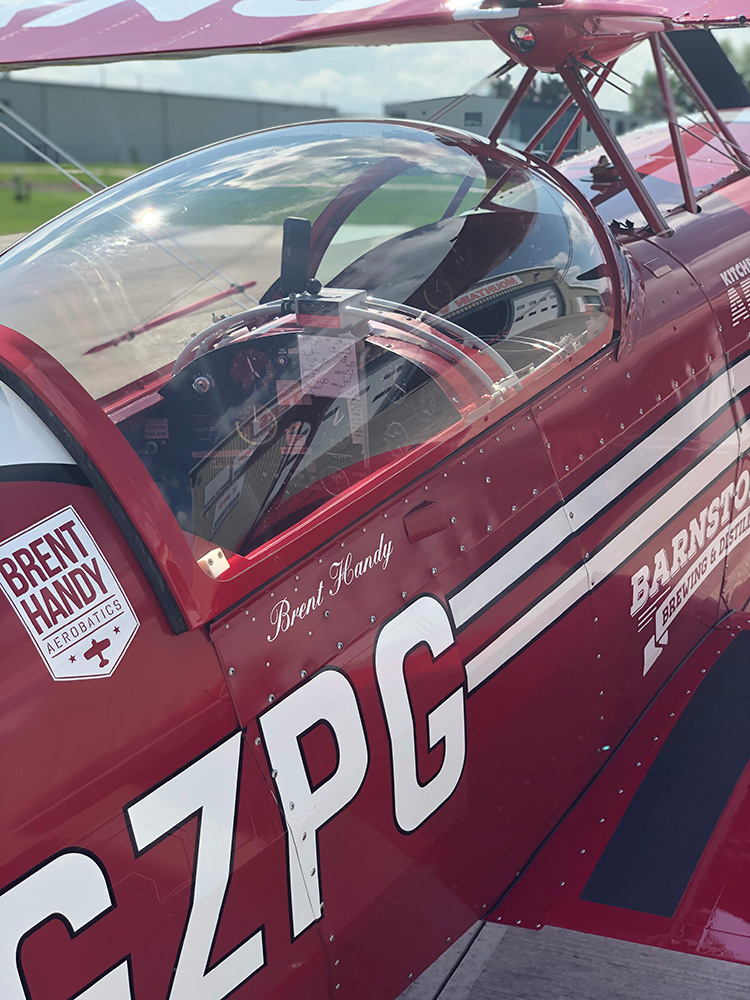 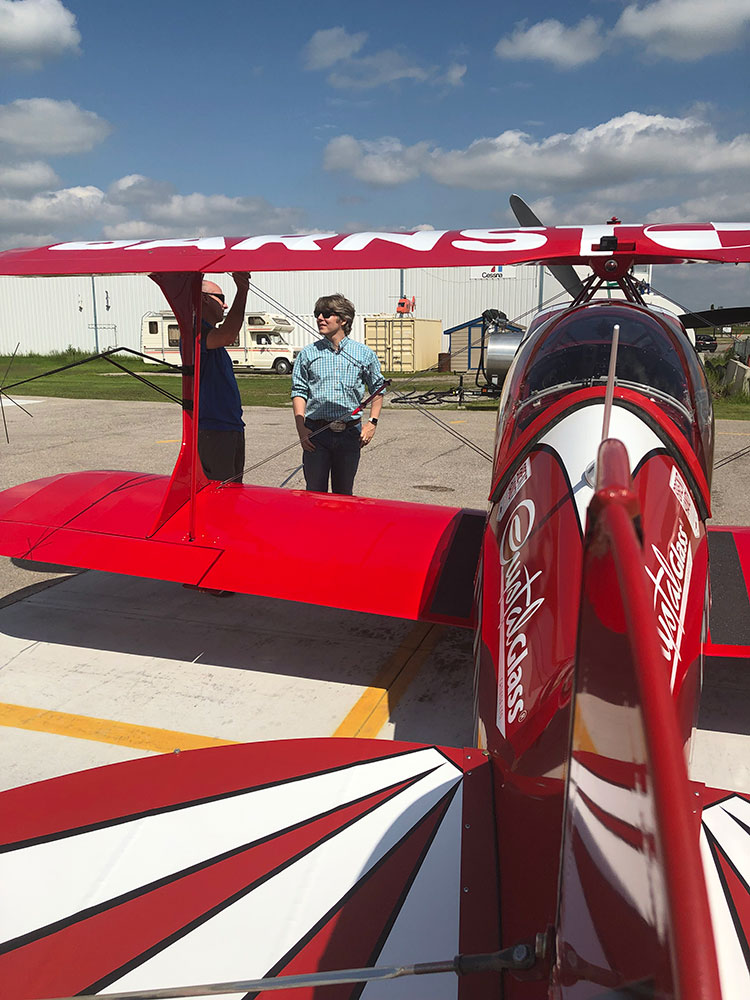 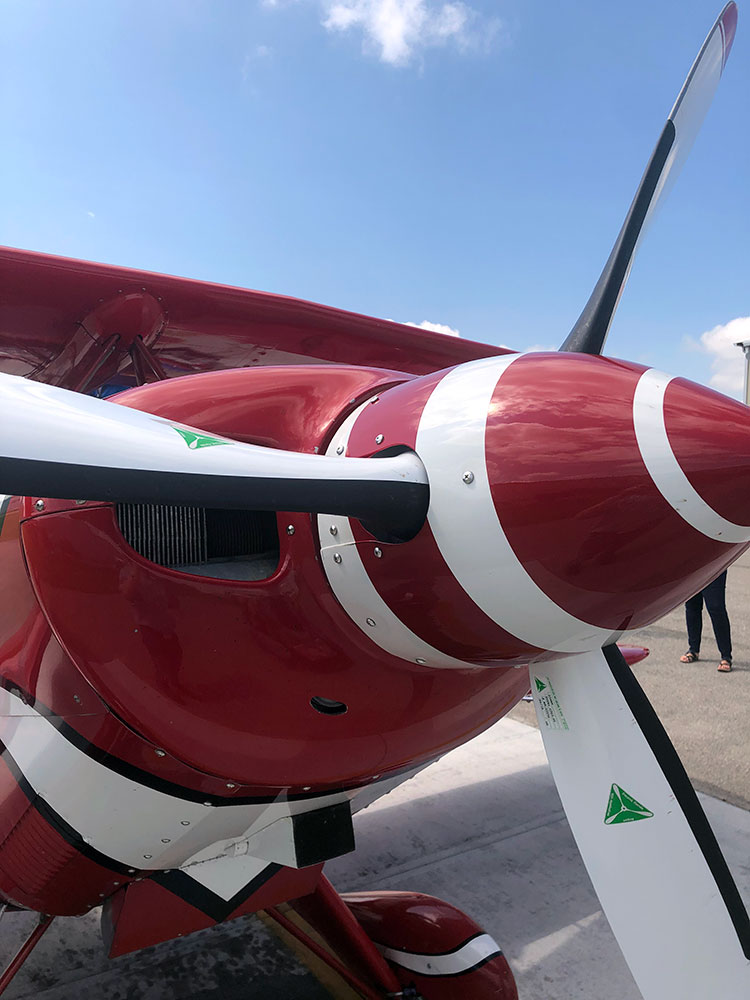 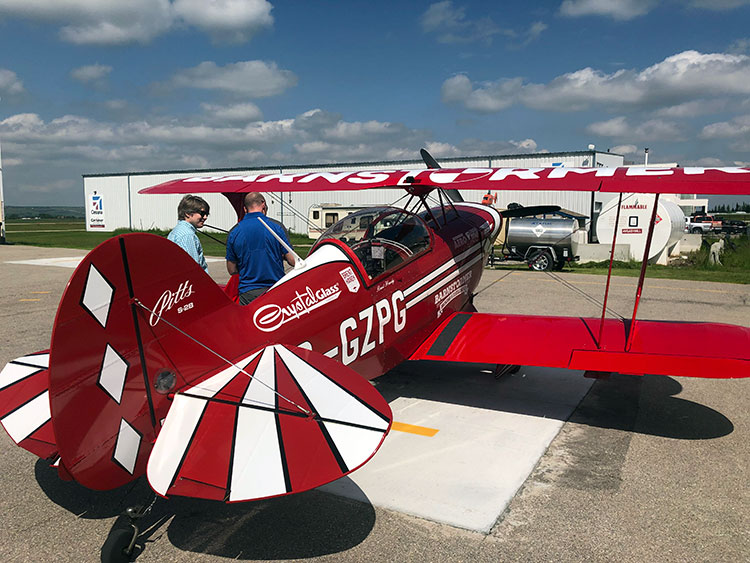 This looks like an amazing time, and it’s way cool that it’s an event that supports charity. Thanks for reading!

Where to buy marijuana / cannabis / weed in Banff