Giveaway: The New Phantom of the Opera Comes to Calgary (ENDED)

“Bigger & better than ever before!”

I have been in love with The Phantom of the Opera since 1986, Andrew Lloyd Webber worked his magic on the Gaston Leroux story, which seems like a million years ago. I drove my family insane as I learned to sing the score,  they suffered through every wrong note and cracked voice until I got it right. Such patient souls, my family.

I’m not sure if there’s anyone out there who isn’t intimately familiar with the story, given it’s been worldwide broadway hit around the world since it debuted in 1986!

“The story centers on the thrilling love triangle between the mysterious Phantom, Christine and Raoul at the Opera Populaire in Paris. Lloyd Webber’s score includes the beloved songs “Music of the Night,” “Think of Me” and “All I Ask of You.” 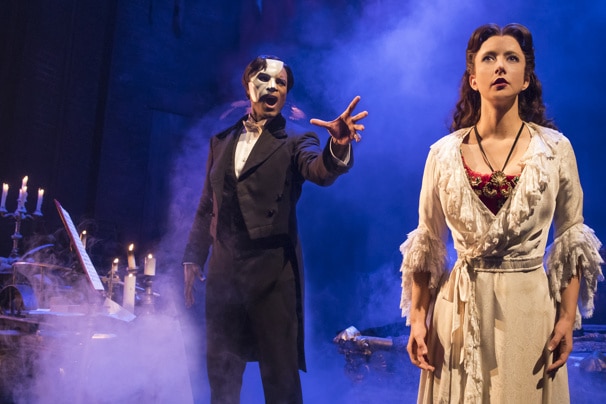 This brand new stage show from Cameron Mackintosh debuts in Calgary August 9th and runs until August 20th. It’s your lucky day because we’ve got a pair of tickets to the August 9th, 2017 show up for grabs!

For the record, this is my favourite Phantom song to sing!

“The Phantom of the Opera made its world premiere in London’s West End in 1986, where it still plays today. Lloyd Webber’s musical thriller has been running on Broadway since 1988, where it has grossed over $890 million in ticket sales and recently celebrated its 25th anniversary.”

For tickets to Phantom of the Opera, and all the other great shows that Broadway Across Canada is bringing to town in the upcoming season, visit: http://calgary.broadway.com

50 thoughts on “Giveaway: The New Phantom of the Opera Comes to Calgary (ENDED)”