Number 12. March 2nd . Jarome Iginla’s number is being retired, and its coming with Iginla beer cans. The approaching game against the Wild is gonna be a big event – the bleeders in the Dome are going for $100 a seat on Stubhub, prices you don’t see outside of the playoffs. And why not, this is the last chance Calgarians will get to see the most iconic Flame in the franchise’s nearly 40 year history.

If you’re going to the game, everyone who gets to the Dome between 5:30 and 6 will get a free, limited edition Iginla can of Bud.

Iginla beer cans will be available in stores after March 2nd 2019.

The retirement ceremony is starting at 6:30 – the game starts at 8. That should tell you something about how big this is. 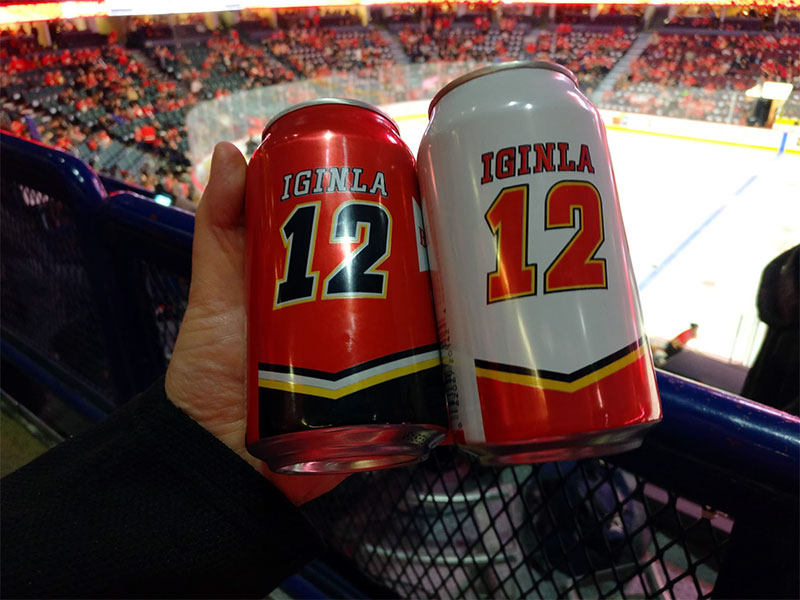 And while we’ll never again see one of Iginla’s signature power moves out of the corner, at least there’s one more chance to see the man where he pulled it off so often. It still won’t measure up to what the greatest Flame ever deserves in his big send off. It was never a question of if, but when his number would be going up next to Lanny McDonald’s number 9 and Mike Vernon’s number 30. And no offense to those two legends, but despite winning a cup they never touched Iginla’s impact on the game. 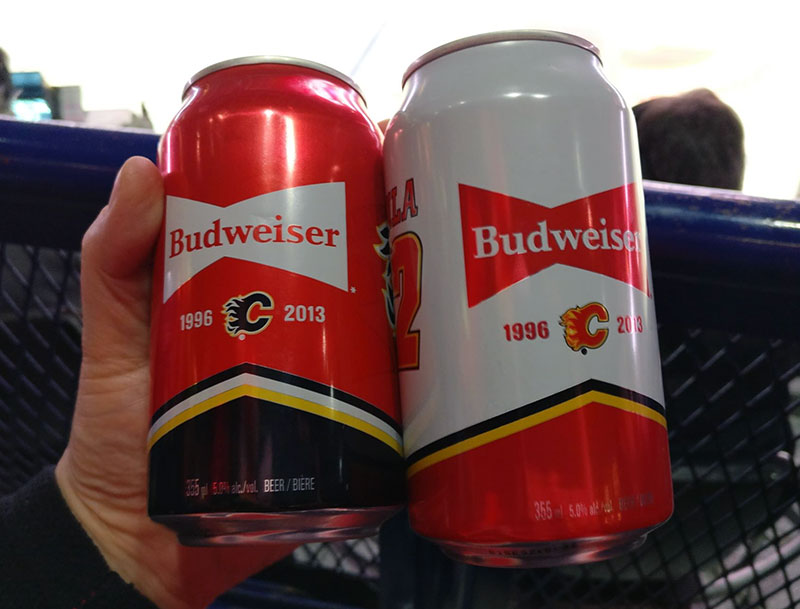 The ultimate power forward, two-time Rocket Richard winner, Art Ross winner, two-time Olympic Gold medalist, and robbed of a Stanley Cup championship (it was in). It will be a long time until another player like Iginla pulls on a Flames sweater, if ever. Who can forget moments like his fight with Lecavalier in the finals, his assist to Crosby to win the Gold Medal in Vancouver, and carrying the team on his back in 2004 through 3 series of joy and one in heartbreak in one of the biggest parties this city has ever seen. 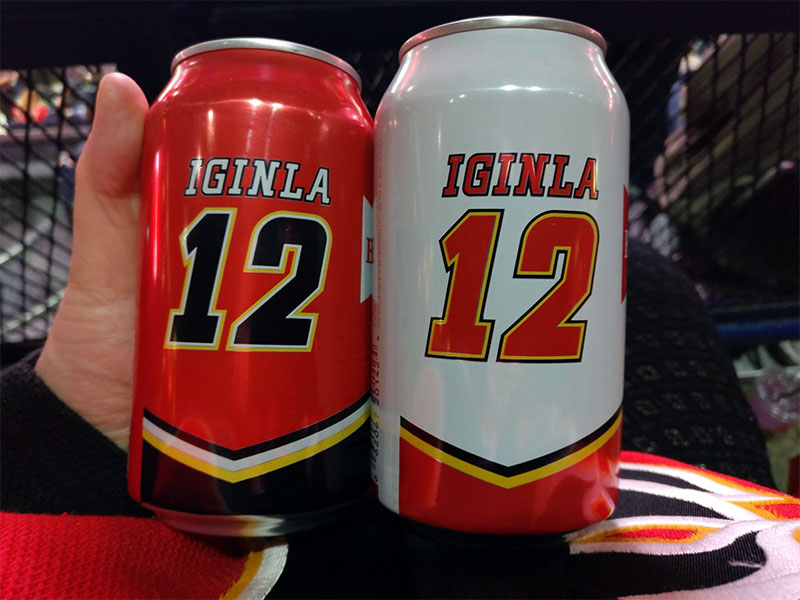 But it’s not just about being an amazing hockey player (one of the best ever). Off the ice Iginla was heavily involved in the community, one of the biggest philanthropists in the NHL, and all around awesome human being, and awesome Calgarian. He made our city so proud. 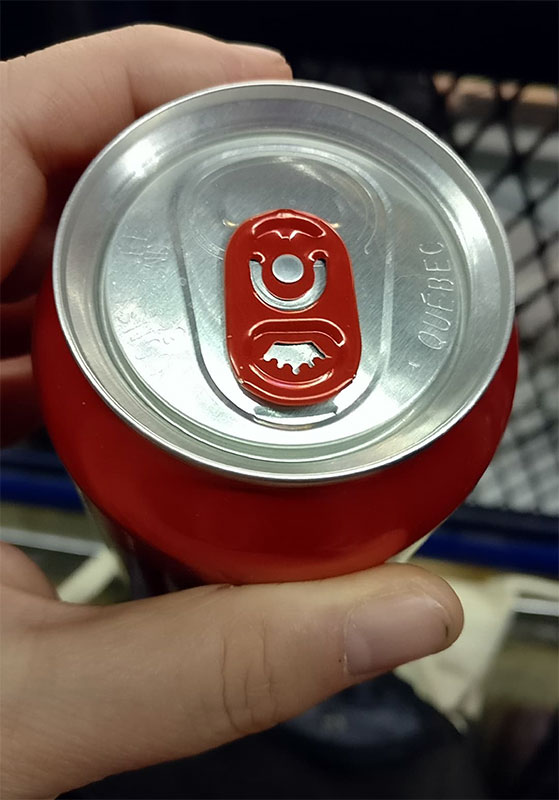 The tab on the top of the Iginla can is red, while the bottom has nothing special. Looks like an ordinary beer can. 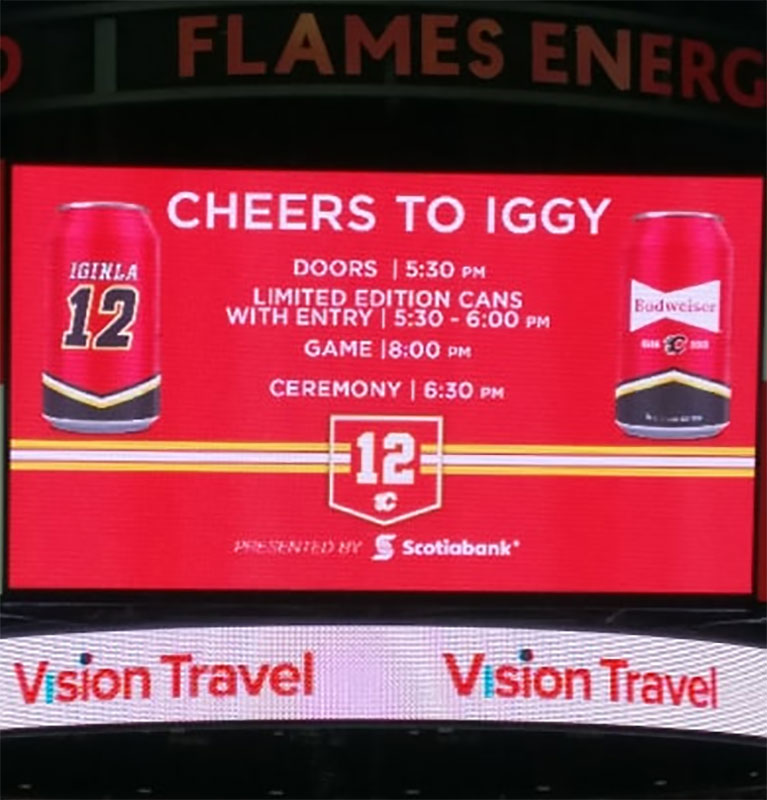 And Lastly, About The Food!

Did you know that the Saddledome actually has some several good places to eat now? It’s not just hotdogs and nachos (not that those are a bad thing, but more options are awesome!). Give @CSECeats a follow on Instagram and Twitter. They’re the “Calgary Sports and Entertainment Corporation” and they share info and pictures of their food and what’s new. Like, you can get craft tacos and craft beer now, it’s so much better.

Where to buy CBD oil in Calgary

The Ultimate Guide To Brunch in Calgary (2020)