Allegedly, bootleg pizza exists in Calgary. This is something that showed up on social media earlier this year, that Dan Olson brought to light. I could explain what bootleg pizza is, but I’ll just show you what Dan said. These are his actual tweets, just embedded (that’s why they’re split up weird). Note: none of this is our content or opinions, we just collected the information and put it into one place.

Who’s Dan? Dan is a local YouTuber. Check out his channel here. And @FoldableHuman on twitter.

For years I have been unknowingly buying underground pizza from pizza bootleggers.

So, there’s a network of un-branded pizza kitchens in the city. No storefront, no branding, they only do delivery.

But all their ads copy the branding and trademarks of another popular pizza chain.

So, what happens is you go “oh, I want Deep Dish” and you call the number on the bootleg flyer, and get sent bootleg pizza.

Then when the bootleg pizza arrives they give you a fridge magnet with their intercept number on it, so next time you call them again.

Now they’ve got you thinking that they’re the real Deep Dish, as they leech off the actual chain’s reputation and marketing.

I only discovered this because, on a whim, I decided to do pickup, and they transferred the call to the actual Deep Dish store.

I’m gonna talk about this more, but I need to go pick up my pizza.

Update: the quality of the original is WAY better. It’s also cheaper.

So, here’s the bootleg magnet on the left, the actual store’s signage on the right. pic.twitter.com/09aZ6Ex62y

Now, the wild thing to me isn’t that they’re a copycat. They’re not just aping someone else’s style.

If you call up Fake Dish and ask for pickup they don’t tell you that they only do delivery.

They transfer your call to Deep Dish, as though they’re the same company. They pretend they do pickup!

The above tweets were posted on to reddit, where someone who claims to represent the 403-531-3131 Chicago Deep Dish company saw it and commented providing even more information.

Check it. Here is a direct link to the post itself. 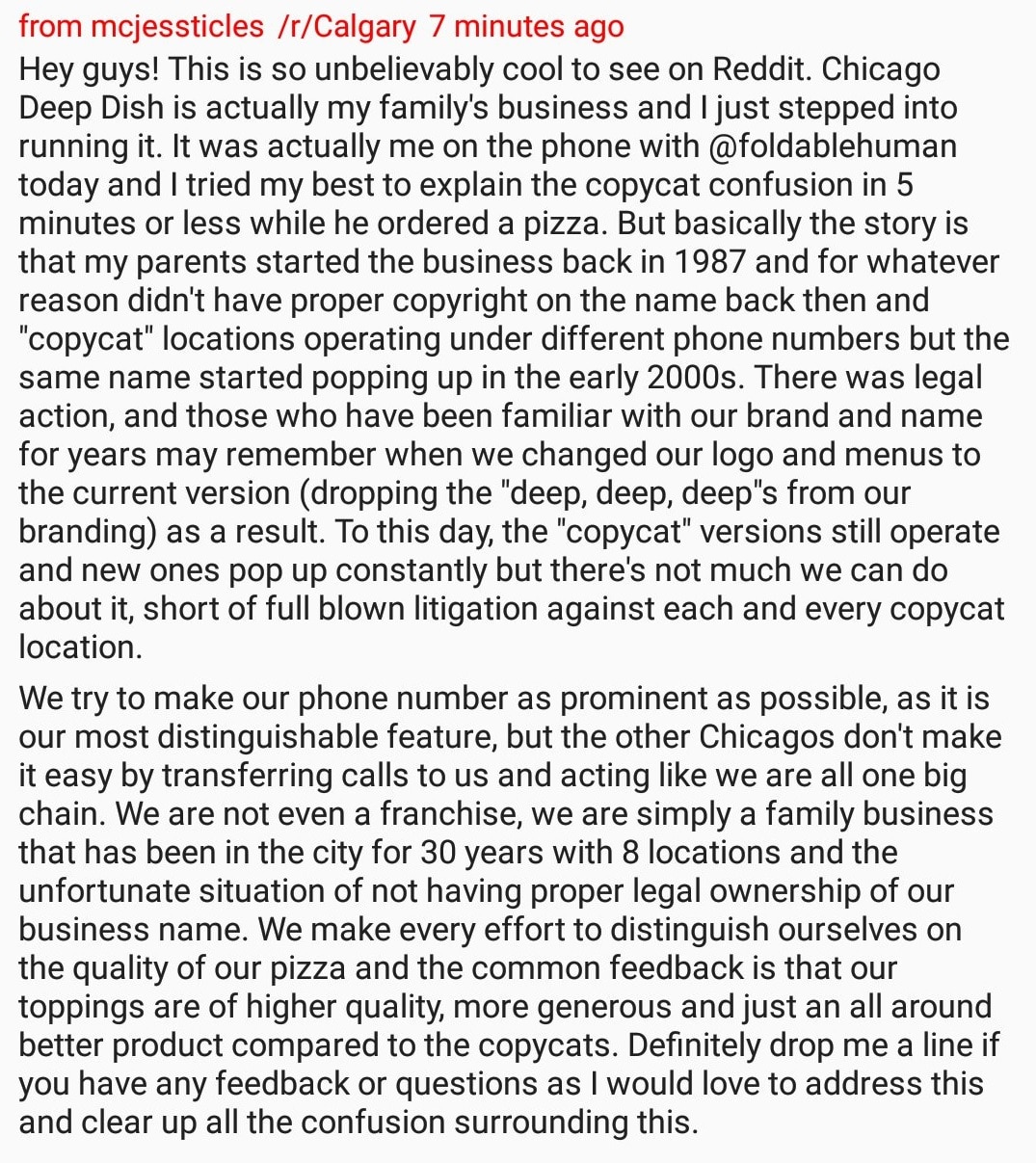 As you can see, there’s quite a history in the Chicago Deep Dish world between the different companies. Before this information came out, I had no idea this was a thing. I just assumed all of the Chicago Deep Dish places were the same. I don’t normally order from them though, so I can’t say for sure if I’ve even had bootleg pizza (or the correct pizza), but I assume so? They’ve been up to these shenanigans for years. But that’s what they want you to think, they’re all one big company. 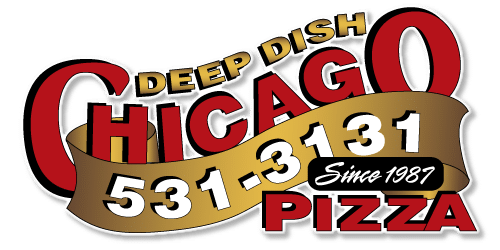 403-531-3131 is the only phone number to order Chicago Deep Dish in Calgary. It’s displayed prominently in their logo, all over their flyers, and on their boxes. You can see it on the top of their website and pretty much everywhere.

Here are their 8 locations: 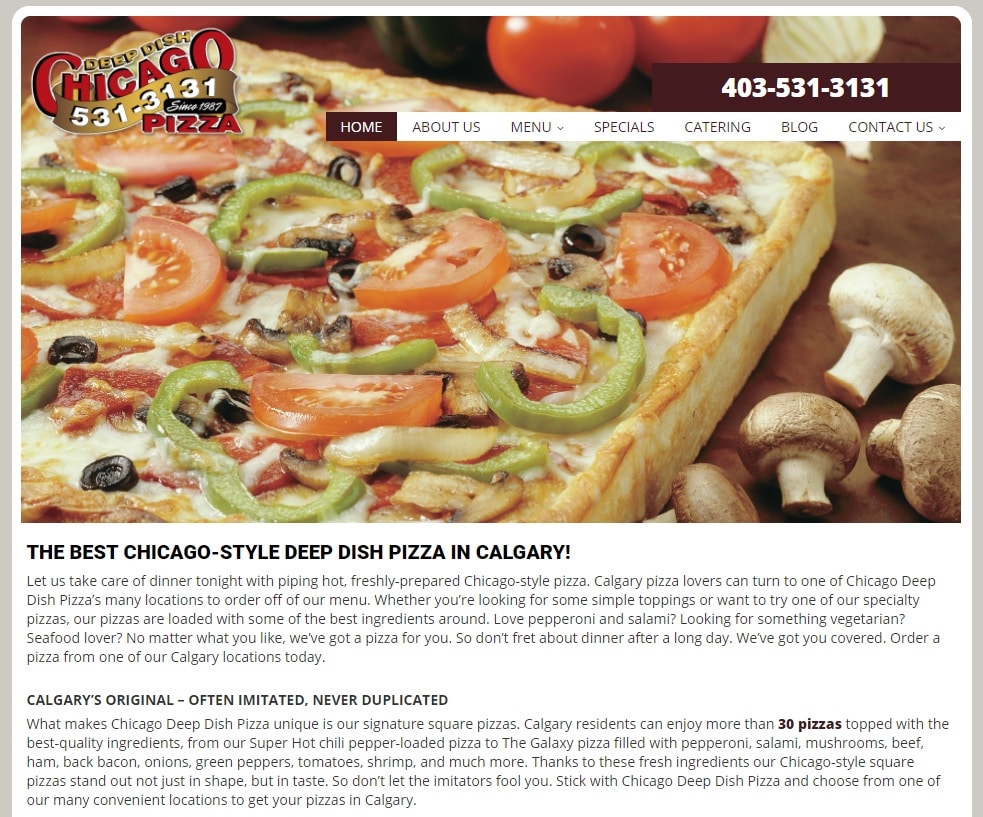 One of the alleged bootleg pizzas website: (offline as of September 2018): http://www.chicagodeepdishpizza.ca 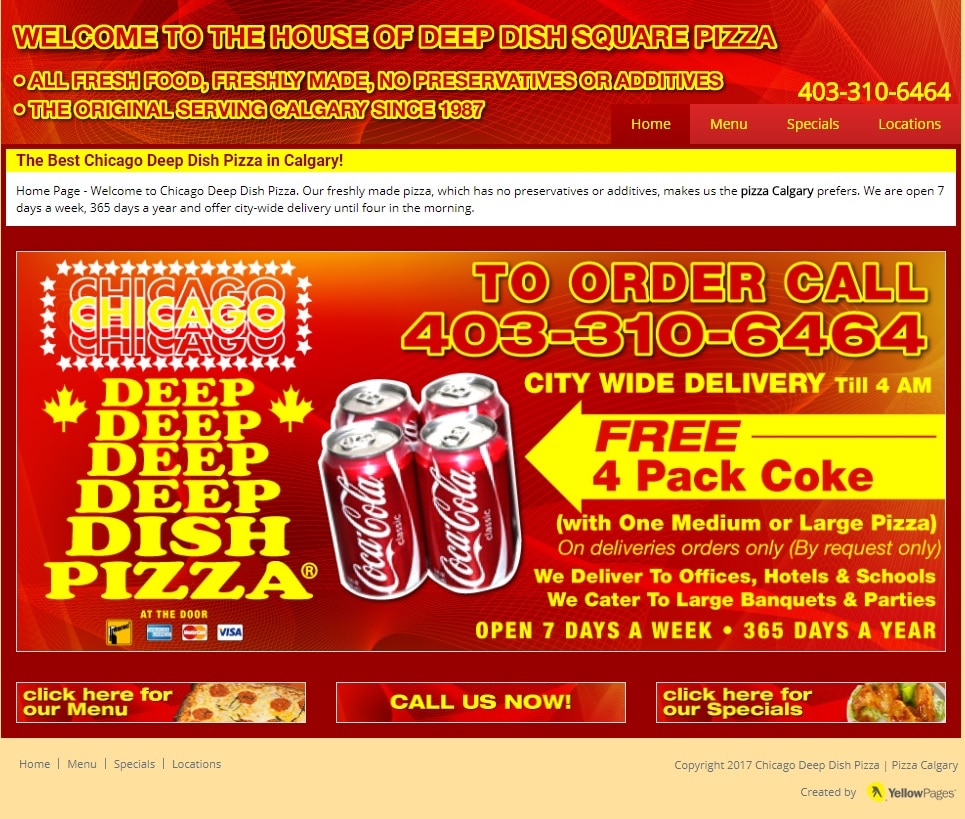 It doesn’t even stop there. This other local place, while not copying their name or style, set up their phone number one digit away from 403-531-3131. One can only assume in the hopes of people miss-dialing and calling them instead? Just a hypothesis. I’m guessing this happens constantly in the food business though.

These other deep dish places are even referenced on the 403-531-3131 Chicago Deep dish boxes. 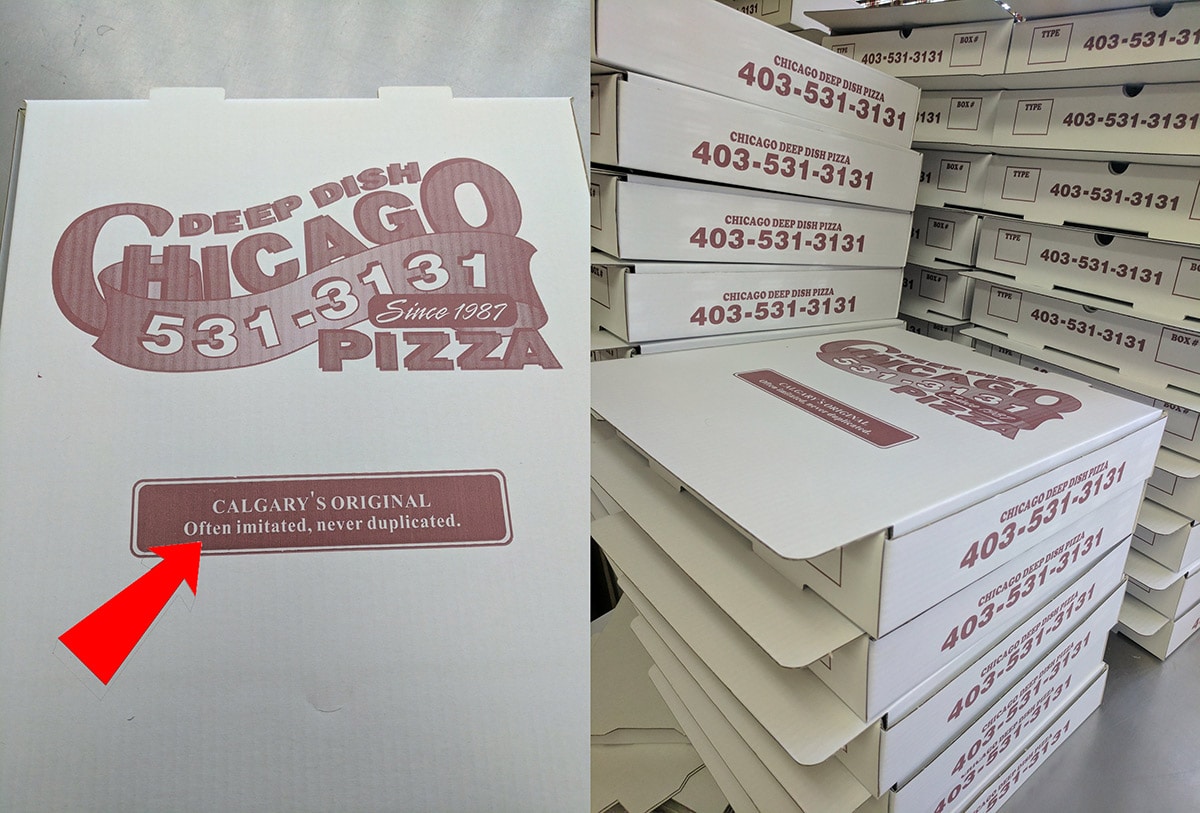 Here’s is an old phone book from the year 2000 with what the actual Chicago Deep Dish logo USED to look like. Look familiar? That’s what the other deep dish places are using now, this older non-trademarked ad. Switching from this old logo, that people probably remembered, to their new one didn’t help things and only adds to the deep dish confusion. The other guys ads and logos all keep using the “deep deep deep ” dish thing. 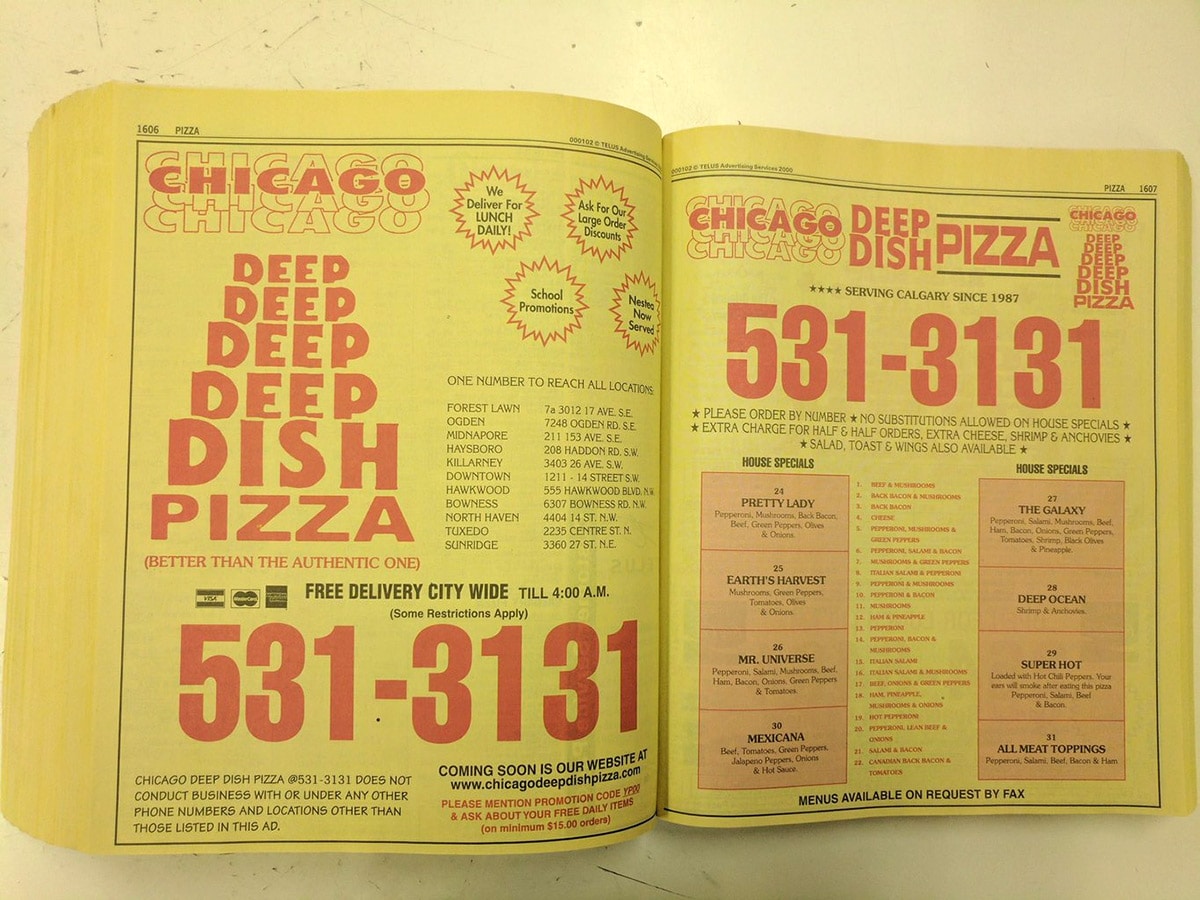 Here is another ad, rolling with the old branding but with their own phone number. (this is the image from Dan’s tweet above) 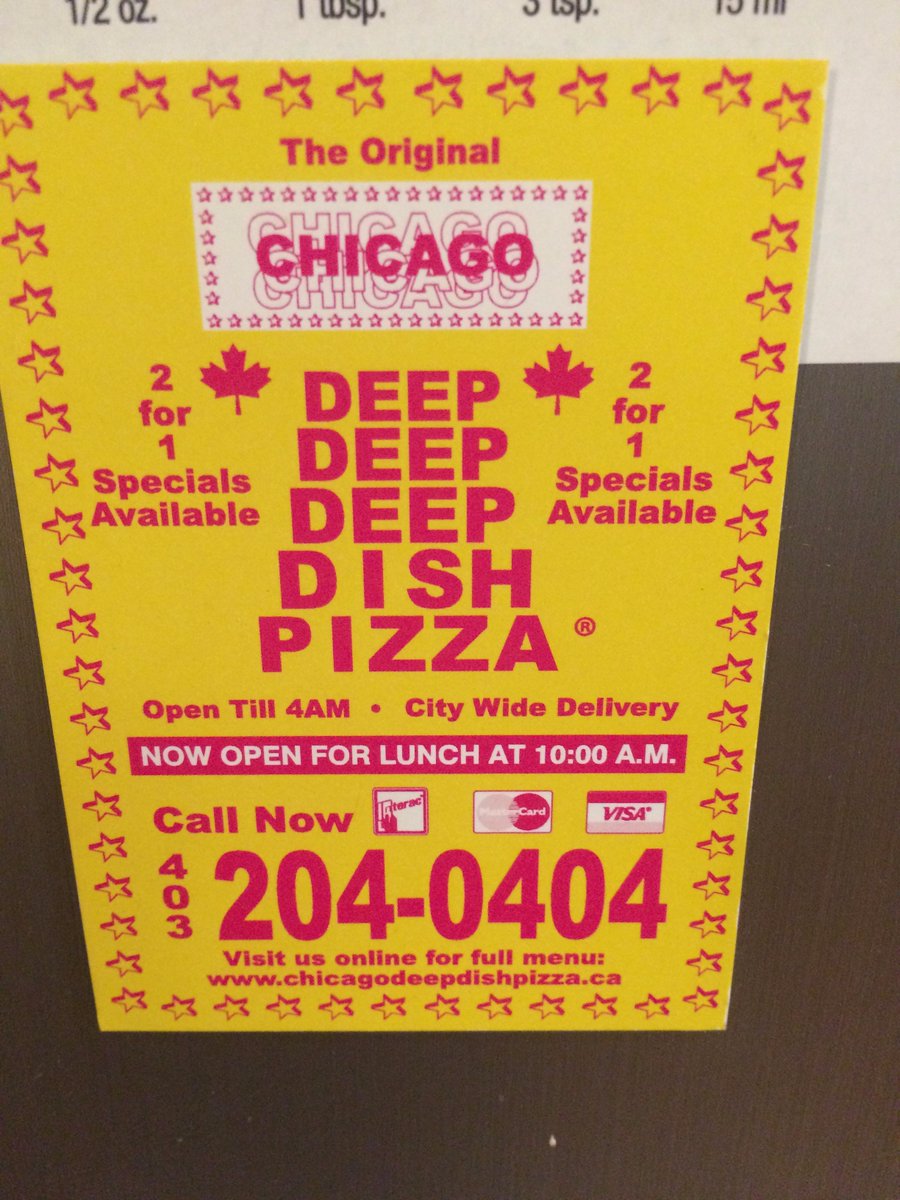 There’s even variations of 403-531-3131 Chicago Deep Dish logo with the phone number removed floating around online. Someone went to great lengths to create something similar, rather than create something original in their own style.

Check out this Chicago Deep Dish from Leduc. Logo look familiar at all?

CHICAGO DEEP DISH PIZZA AT 403-531-3131 DOES NOT CONDUCT BUSINESS WITH ANY OTHER PHONE NUMBERS AND LOCATIONS OTHER THAN THOSE LISTED IN THIS WEBSITE.