The Calgary Pride Parade is something we enjoy going to every year, as we’re huge supporters of Pride and our many gay friends. It’s quite important to be out in support, and not just to score crappy political points. As well, it’s a lot of fun taking pictures of the various costumes, floats, everything else. Everyone is so colourful and dressed in some really fabulous costumes and get ups.

Del Shores was the parade marshall this year.

I’m not sure how many floats were part of the parade this year, however it seemed to be just as many or slightly fewer than the 2013 parade. Unfortunately the mayor of Calgary Naheed Nenshi wasn’t able to make it, but we know he’s a huge supporter of equal rights and supports our fellow humans, so we won’t hold that against him. The weather was very sunny and perfect.

It was really nice to see the Calgary Police and Calgary Fire department in the parade, they’re good people. Took 294 pictures in total, ended up with 74 after processing them. Without further adieu here are some of my favourite pictures, starting with the esteemed Constable Jared Euverman. He was one of the Calgary Police social media officers and a big part of the twitter squad. Unfortunately he is no longer in this position, I think he got transferred or reassigned or something like that. We miss you Jared! Hope you someday come back to the twitterverse. Thank you for attending the 2014 Calgary Pride Parade. 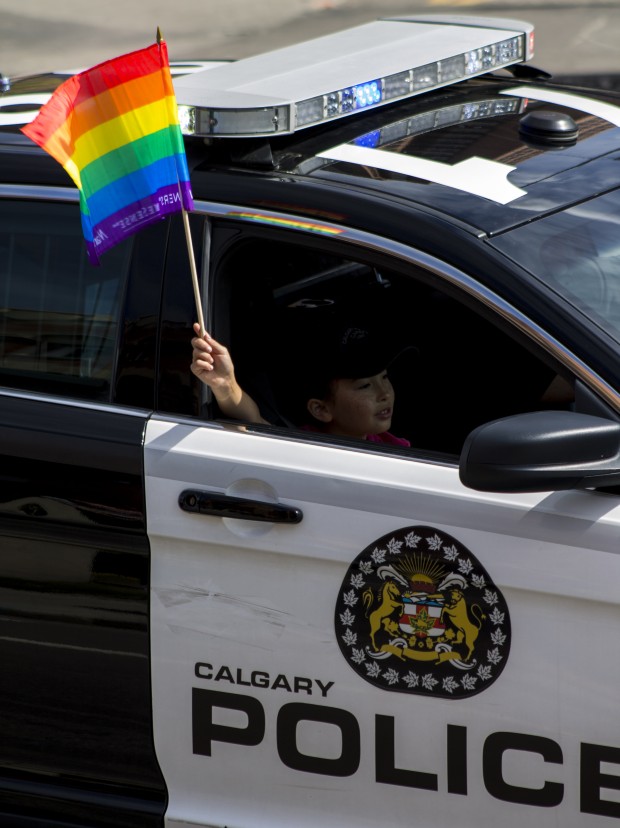 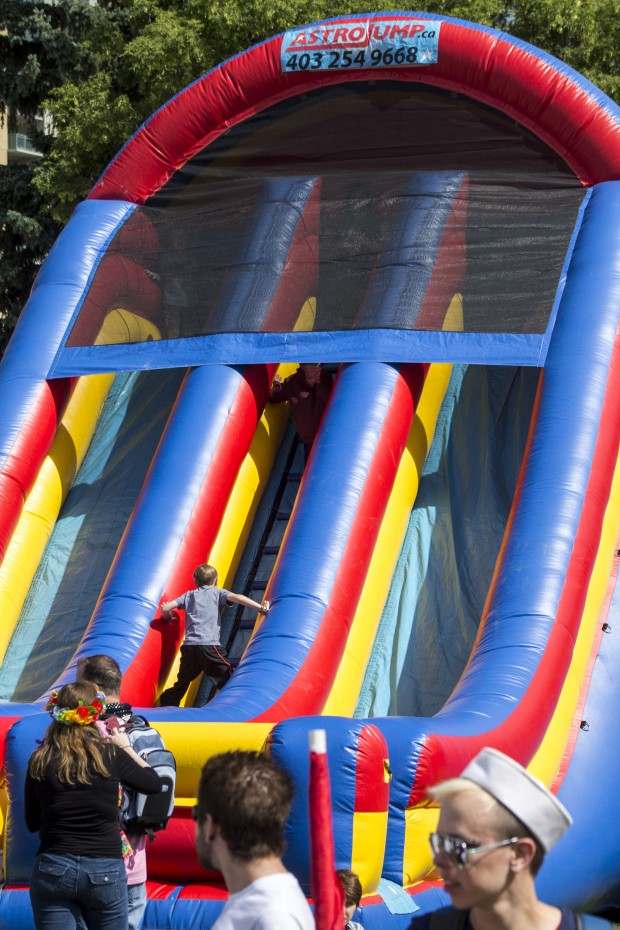 At the end of the parade, at the festival area they have bouncy castles and slides to distract/tire out he kids. So awesome! 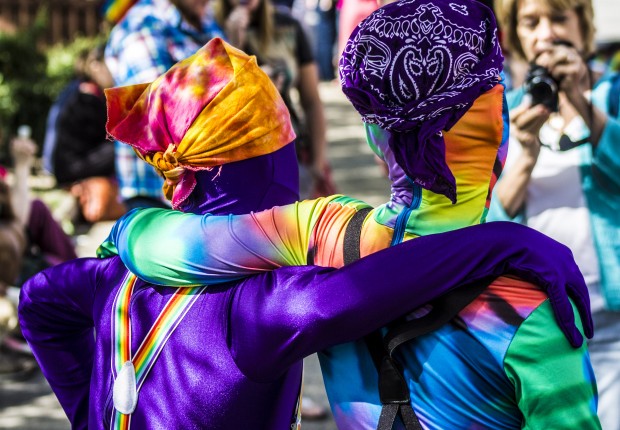 These two kids had so much fun posing in pictures and just running around being colourful. 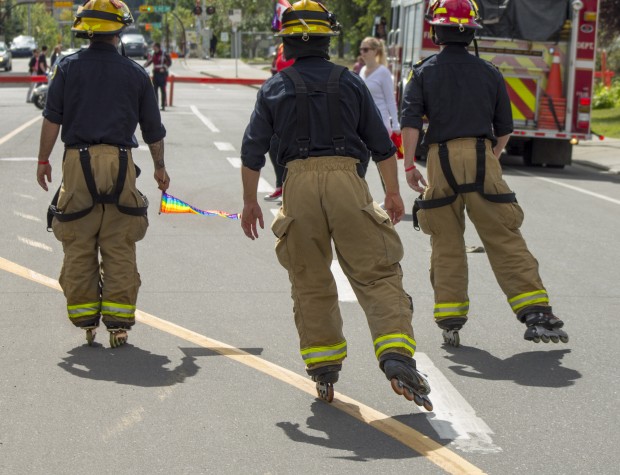 Firemen rollerblading while holding rainbow flags. Yep.It’s really a beautiful thing to see the City of Calgary employees taking part in the parade. No agenda, no hidden meaning, just out to show their support.

And here’s a photosphere of the park before the huge crowds showed up. (click the middle of the image)

Which you can turn into mini planets! (this was done using Tiny Planet FX Pro) 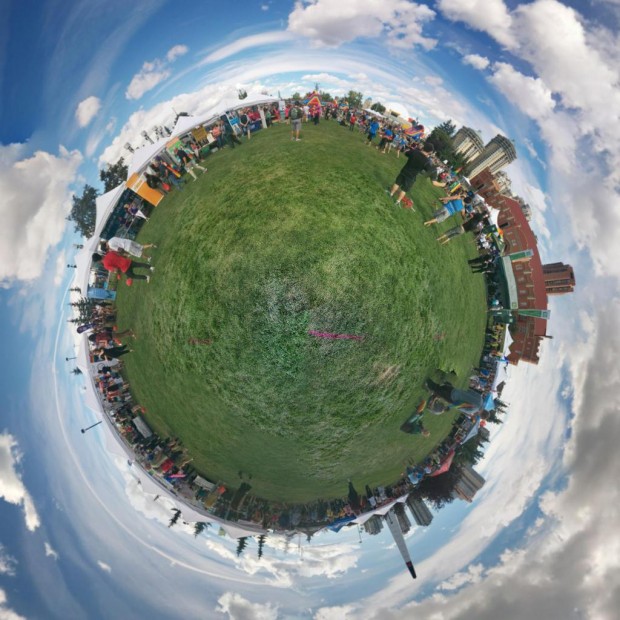 Flooding in Calgary: Our Experience