Someone Found An Abandoned Tarantula In Airdrie

She Was Left For Dead

On Sunday August 11th 2019 someone in Airdrie was taking a walk and noticed a holyshit goddamn tarantula in the grass beside an overpass! Ahhh! Doing what people do, she shared a photo of it on Facebook and left to go about her business. It turns out that someone else on Facebook named Heather sees it and she immediately heads over to this place to try and rescue it, because spiders are people too and Heather is awesome. 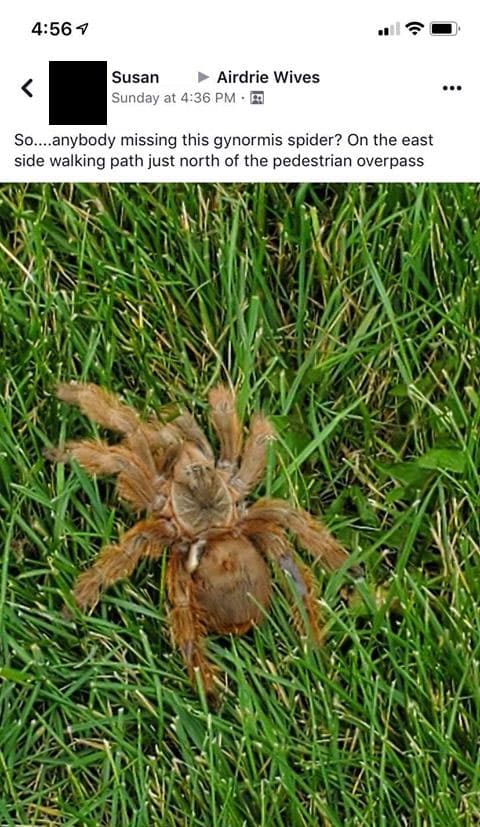 How did it get there?!

Someone apparently threw it away, Tarantula and terrarium and all. Just left it here or something. Who does that??

Heather finds it but quickly figures out she’s in way over her head and calls her friends Cee and Vic friends to help. They show up and collect up the tarantula and bring it home, and since Cee has owned one before, she’s going to take care of it from now on. They’ve since nursed it back to health and it seems to be doing okay! Yay!

Heathers last name is Tuffnail, and honestly it’s pretty appropriate given the circumstances.

Tuffnail is Tough As Nails

Cleaning her wound, which was sustained during the sweet horrible freedom. 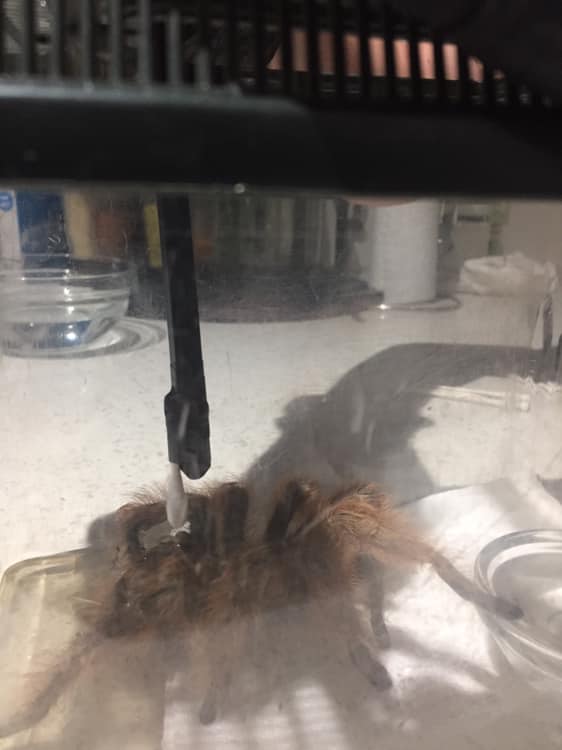 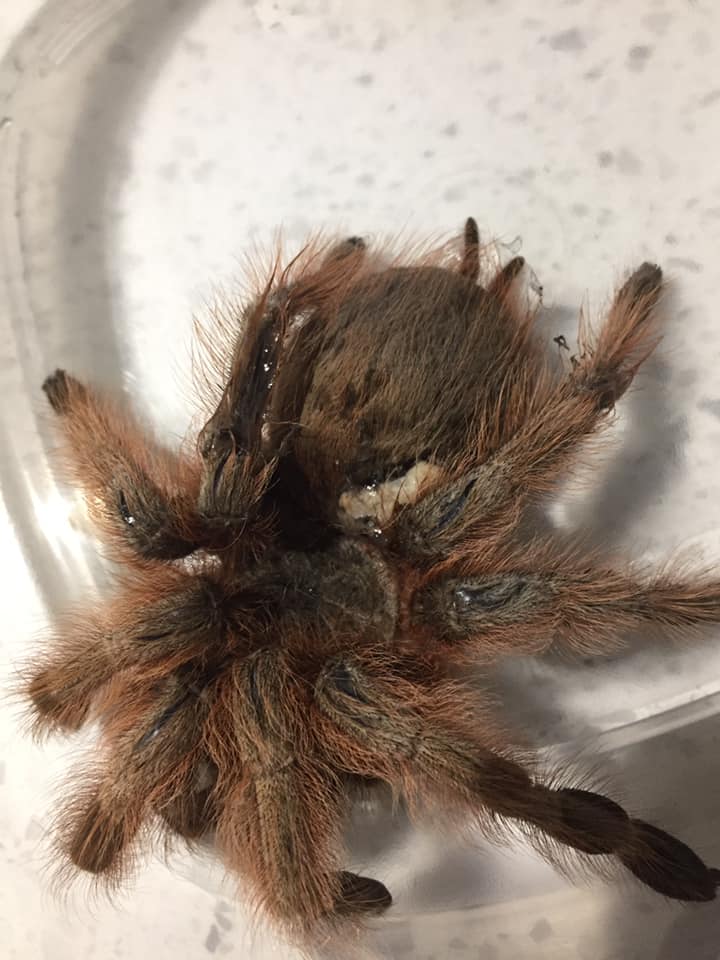 Tuffnail was so thirsty she drank water directly from a bowl. Ever see that before?

It’s crazy that this is happening only hours after someone asked about it! Here is a very rare photo of a tarantula…

And it’s 2019 so of course Tuffnail already has a Tinder profile.

Discover Airdrie did a piece on this, and there’s some radio interviews from them if you want to check them out.

Ps. Amazon has a plushie tarantula and the kid who is showing it off is hilarious lol 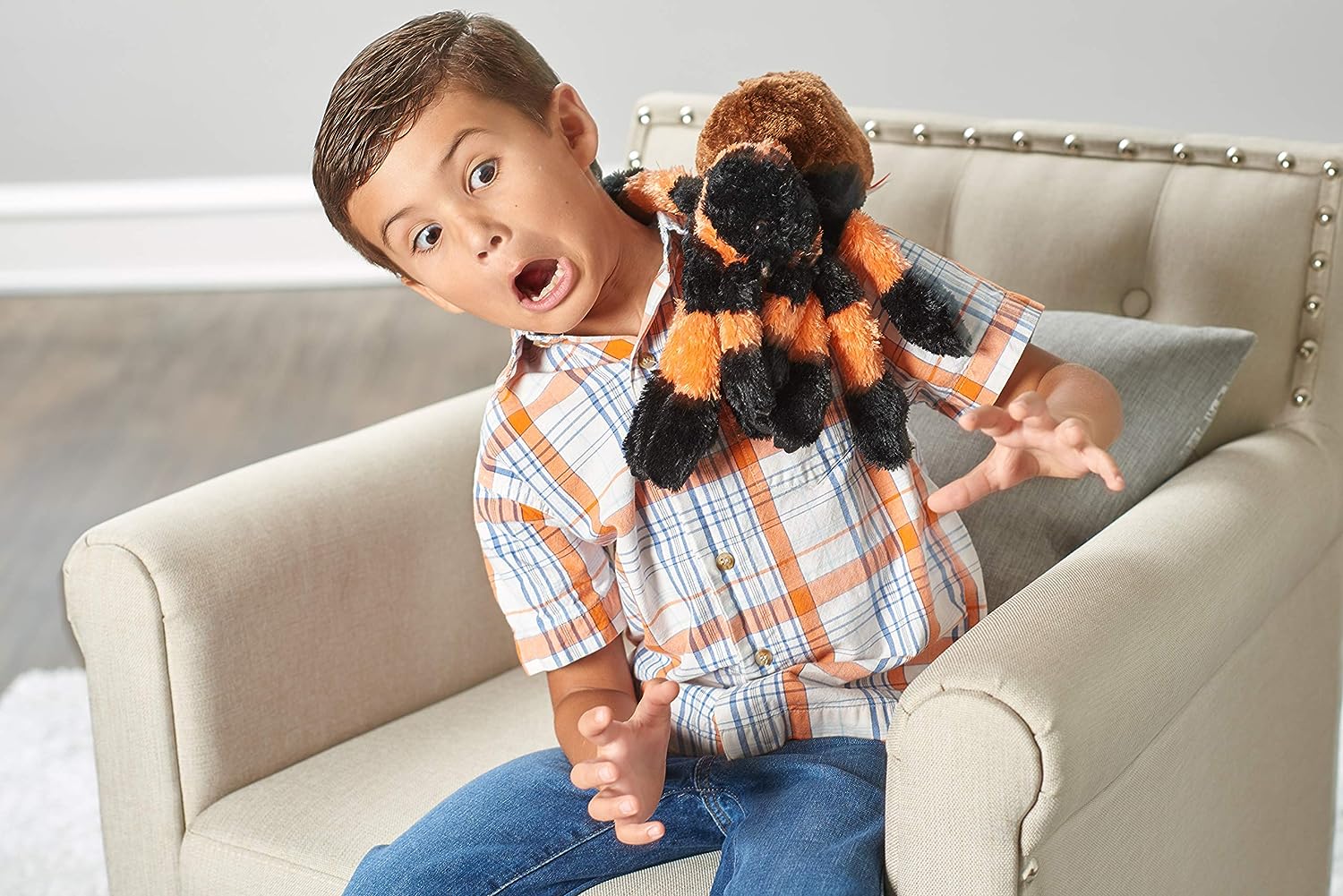 1 thought on “Someone Found An Abandoned Tarantula In Airdrie”