On June 2nd, the city of Calgary opened up a brand new dog park in downtown! We don’t own a dog, however the new Connaught dog park is really close to us, and we just happened to be one street over, so we decided to stop by and grab some pictures and video to share.

There are numerous benches, lots of grass, woodchips, pine trees, shade, and even a 3 tier water fountain! It’s located right next door to St. Stephen’s Anglican Church, and across the street from Niko’s Pizza, and Galaxie Diner. 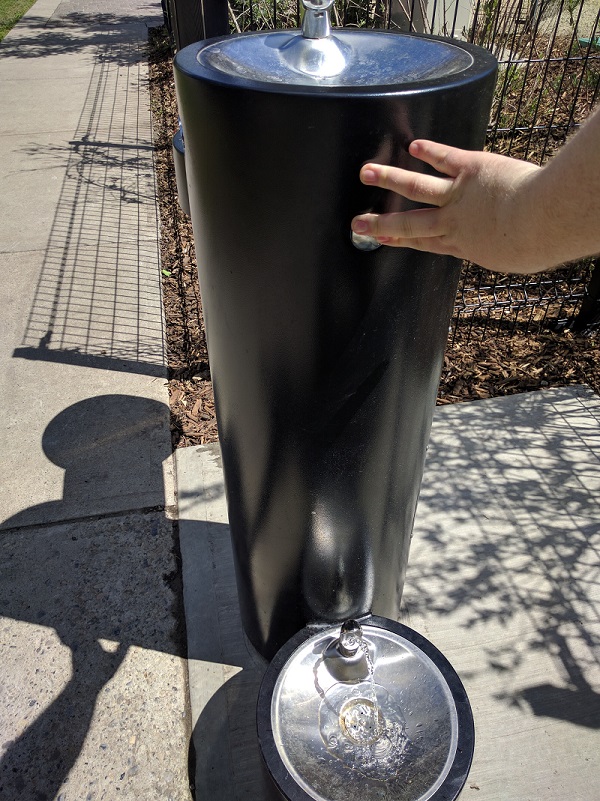 The main entrance for the big dogs has a pen/airlock to prevent them escaping while you’re trying to enter or leave.

There’s plenty of seating, and lots of room for them to play in the grass. It’s not huge though, the entire park is about the size of a hockey rink, so while your fur babies will get some exercise in the sun, this park isn’t somewhere you’d wanna take them to play frisbee for example. 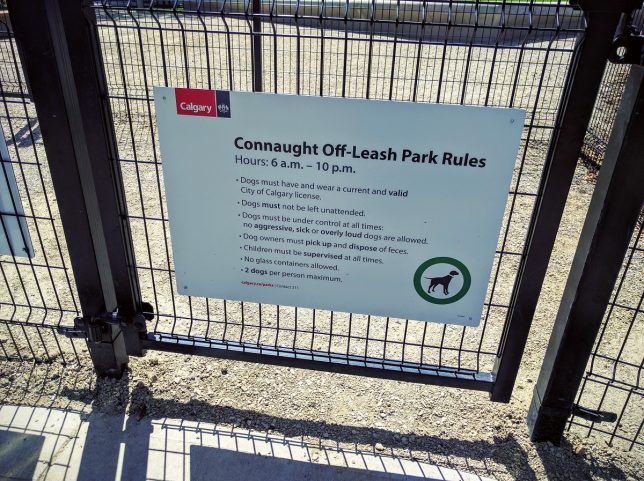 There are actually two fenced off areas within the footprint of Connaught dog park, one for smaller dogs up to 30lbs, and one for the larger dogs. The gates are not close to each other, so there shouldn’t be any issues getting close. Unless they can jump the fence? O_o 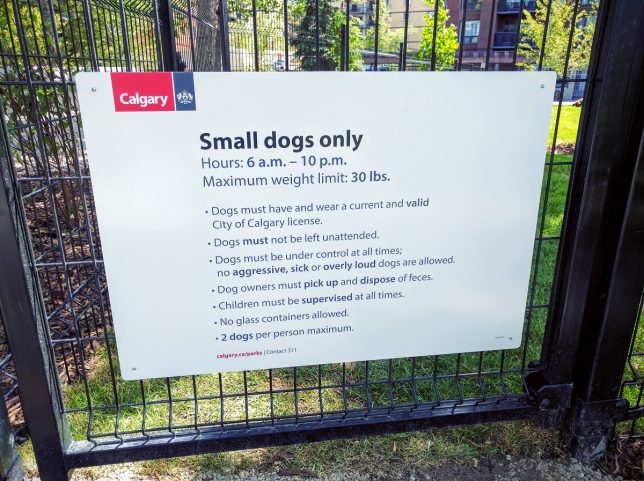 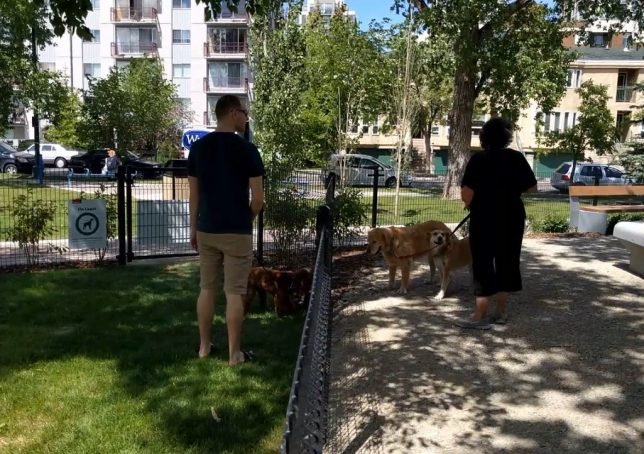 Poop bags and where to stick them

The dog park has 2 stations with free bags you can use to scoop up and mail your dogs waste to the dump. They even provided a sweet foot pedal garbage can! You don’t even have to touch the thing, just step on it and insert waste. The system works.

These garbage cans should be everywhere, not just limited to dog parks. I’d much rather step on something than have to touch a door flap. However I guess not all garbage cans need a flap to keep the smell in… 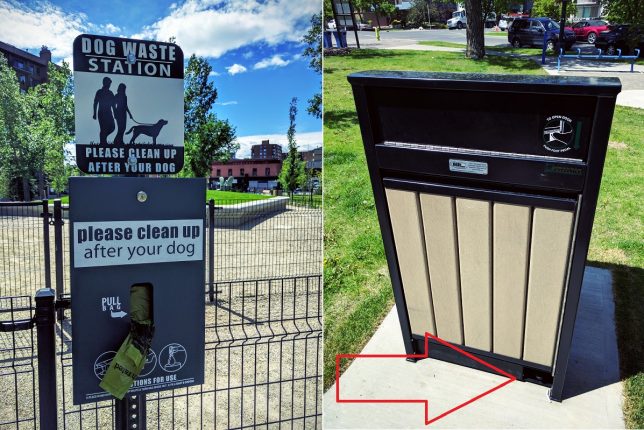 I wanted to share the dog park.. a video seemed like the best way to do that. It’s slow and a little boring 😛 but shows the entire park and all of it’s facilities.

If I had a dog I would be taking them to this park constantly, it’s a really nice little space.

It’s reported by the Calgary Herald that this park cost $380,000 to put together. Looks nice! Wish I had a dog.

4 thoughts on “A Brief Connaught Dog Park Tour in Calgary”