Update November 2016: Wind mobile has rebranded to Freedom Mobile, so I’ve updated this post to “Freedom Mobile in Calgary” to reflect their new name. As they’re launching LTE services, this information here will become less relevant. I have actually recently switched to Public Mobile, check out my review of their services here.

Opening shop in December of 2009, they’ve been around for a few years now in Calgary, but, are they worth the switch in 2016? Is Wind Mobile in Calgary just as good as the big providers? Recently Wind has been making waves with announcements of network improvements, and as a customer of theirs, I wanted to share my experience with them, as I did with Mobilicity.

Update: I’ve since switched from Wind Mobile to Public Mobile

I subscribe to their $40/mo plan, which includes unlimited talk, text, and 5gb of data (normally 2gb but + 3gb bonus). Talk and text have been pretty flawless, so I’m just going to talk about their data. That’s what most people care about right? Who talks on the phone anymore?!

I wanted to collect a good sample of data when conducting these speedtests, so I always tried to run them at the same time of day, in the same place (outside), and one test on each of the five servers.

I actually ran like 90% of these right outside Mac’s on 7th ave, and around 12th ave. While running the tests I made sure no apps were sucking the bandwidth or would interfere with the tests. I’m no super e-leet data collection thought leader, but I did my best. 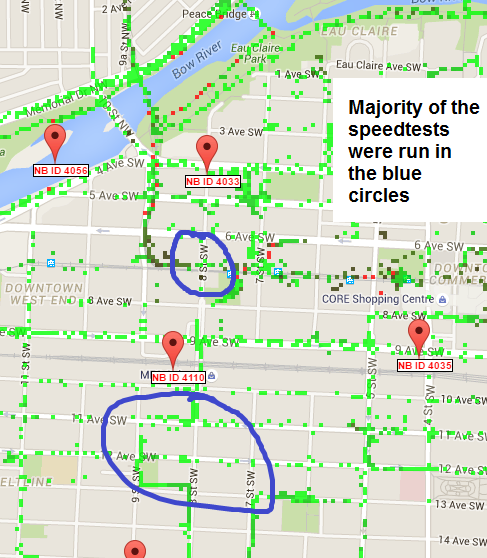 Wish I could speak to other areas of the city, but we live and play downtown, so my experience is kind of limited.

When I first signed up with Freedom Mobile in Calgary, back on March 4th, their data speeds were TERRIBLE. I actually immediately thought I’d made a huge mistake. Mobilicity was my provider as I switched, and while the company is a giant space turd, their network data speeds had been improving.

Note: Mobilcity is actually no more, Rogers has decided to flush em’ and transition their customer base over to Chatr, while not honouring their usage plans. That sure sucks for you guys. Glad I jumped ship.

My first 4x speedtest results. Again – keep in mind – this is BEFORE their recent network upgrades. 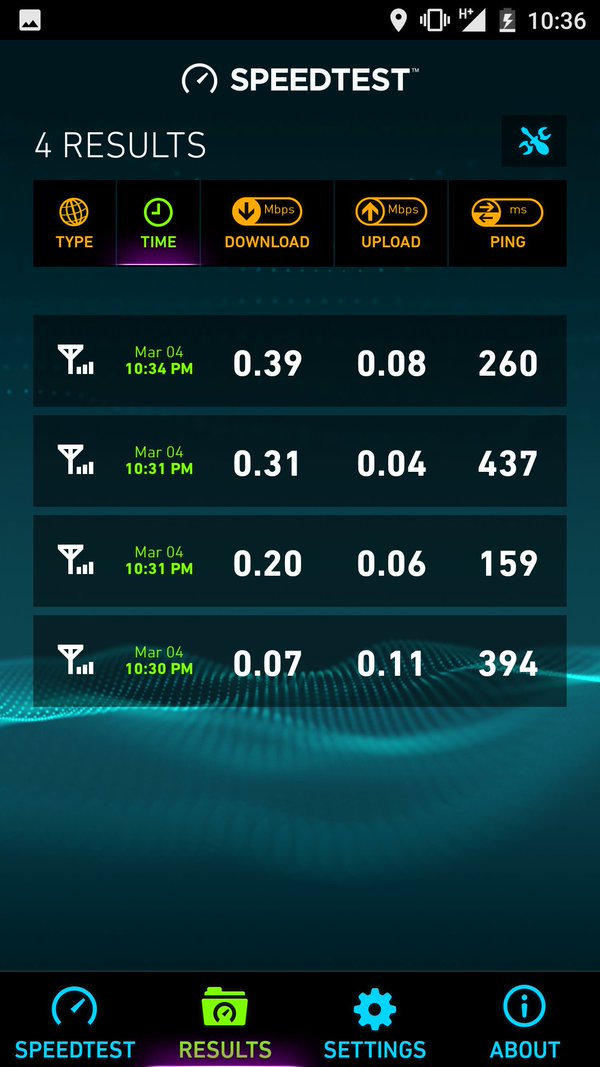 With Wind, instantly my data was through the floor and almost useless. I was really… pissy with the Wind support staff on twitter (sorry guys!), the speed was so slow I was considering dropping them ASAP. Data is so important, and they had none. Being so involved with twitter and social media, data is so critical.

Just after I made the switch, Wind Mobile announced that the network improvements were underway in Calgary! I decided to stick through it and see how things would turn out.

I began doing my usual speed test routine, and had a whole month of data! 😀 then accidentally deleted it 🙁 So my below results start in early April 2016. By this time the network had already begun to show really impressive speeds, as Wind tweaked their towers.

The trend line doesn’t lie yo. It appears Wind Mobile unleashed the new network improvements on Calgary all willy nilly and then begun tightening the belt. I have no idea really, just guessing.

Generally I haven’t had any issues. It’s a bit slower, but it works just fine for me.

Again, keep in mind my results are strictly downtown. Wind Mobile has towers all over the city and your vicinity to them is extremely important, so you may see much better results.

The upload has been.. pretty alright. It’s not the fastest, but it’s generally reliable. One time it hit over 4 Mbps! Just once though.

Average upload is about 1.6 Mbps 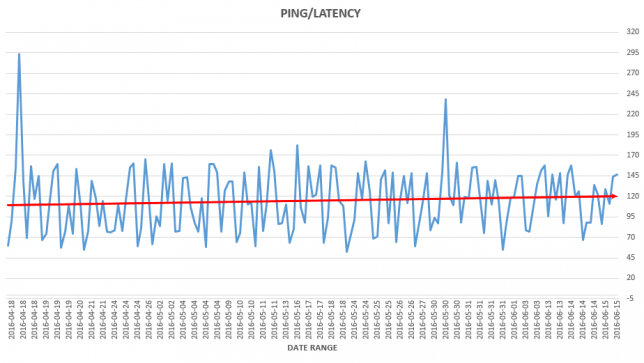 Obviously, first and foremost, they aren’t available outside of big cities. There is no Wind Mobile network once you leave Calgary. However! They recently came out with a roaming plan for $60 that gives you 10gb data on the Wind network, and 1gb data elsewhere (CAN/US). See details here. I have not tried that plan, I don’t leave the city enough to warrant it, but it’s there for those that might want it.

Building penetration isn’t that great. You’ll probably lose connectivity if you go into a large basement (Dollarama on Stephen Avenue is a good example) or through c-train tunnels.

In addition, their upload speed is not fast enough to successfully stream video. Any time I’ve used Periscope for example, it turns into a pixelated mess that people can’t make anything out. Haven’t tried Facebook live or other services. I do share a lot of video through twitter, recording it and uploading the video directly works just fine for me.

I’m still with Wind Mobile and I am quite happy with them. While I had some second thoughts at first, I’ve been pleased with how things have progressed. In just a few short months they’ve improved the shit out of their network, their customer service has been on point since day 1, and I’m not paying friggen $90 a month.

I especially like that you can pay your bill with Interac online, manually. You’re not forced into automatic withdrawal. Hate when companies do that. We also use Shaw for our home internets, so we have access to the many many Shaw Open wifi hotspots. They complement Wind Mobile very nicely.

Do I recommend you switch to Freedom Mobile in Calgary? Yes, probably. Keep it mind it’ll be slower than you’re used to, but you’ll save a lot of money compared to Telus, Koodo, Rogers, Fido, Bell, Virgin, etc etc.

If anyone has any questions, post below! I’ll test out anything too, gimmie some ideas!