Mobilicity in Calgary, my experience with them, and speedtests/data.

Mobile service in Calgary has providers on both ends of the spectrum, the big three offering super-fast LTE speeds, and the low-cost providers offering get-what-you-pay-for service.. enter; Mobilicity.

When I was laid off in November, I decided to drop my Koodo plan and switch to Mobilicity, not only to cut costs, but being unemployed it would give me something to do, and, seeing as I have a voice in Calgary for some reason, I can be a guinea pig and try something out that people might want to know about. With Koodo I was paying around $56/mo for unlimited talk/text and 2gb of data.

Please keep in mind I am by no means a professional with this stuff and nothing is scientific or anything, I’m just a regular person doin’ their thing.

Signed up for this promo, which does not include data. Data comes in two packages, $10 for 6gb of ‘basic data’ which limits you to 2Mbps speed. $20/mo for 20gb of ‘premium data’, which gives you access to their 4g speeds as well as 20 GIGABYTES PER MONTH!! 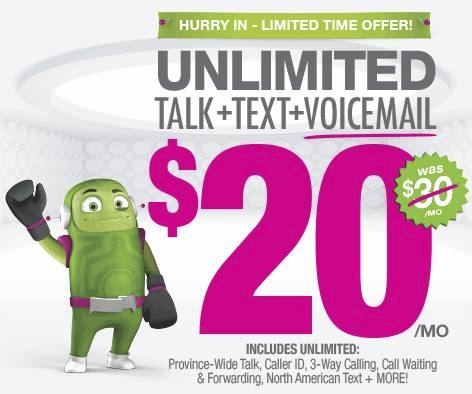 Opted for the $20/mo – 20gb premium data addon, so I never used their ‘basic data’ and cannot attest to how fast it is. Given how slow premium is, basic is probably dial-up.

Something interesting I had learned. The $20 addon, I called them and wanted to switch to the $10 6gb addon instead, as I could never hit 6gb nevermind 20gb in a month. If they made the switch I would have lost the $20 I already paid (and the 20gb data), and would have had to pay an additional $10 for the new addon. I’m not sure if this is how other pre-paid mobile carriers work, but it’s pretty stupid.

Used Mobilicity for 2 months, then switched to WindMobile. I’m doing speedtests with Wind for a future blogpost, however I am happy to report that they recently upgraded their Calgary network — so speeds have been great!

A nightmare. Every single step of the way with Mobilicity was difficult and frustrating. I’m going to spare you the entire story but I’ll share some details. I had started journaling my entire experience with them on reddit here, however the more I used their service the more pissed off I’d get, and it was never ending, so I gave up documenting it with such detail.

Every experience is different, but here is what I went through.

Yeah.. I sent you screenshoots, could have at least looked at them. Anyway, enough of my complaining about Mobilicity, here’s some actual data. The good news? Their data speed is getting better all the time.

For my speedtests, I used the speedtest.net app, and switched to a different server each time I tested. I always made sure I was not using any data at the time and never connected to wifi. I wanted the results to be as clear/best as possible.

The data isn’t very relevant to TODAY, as it’s 1 month old at this point, and Mobilicity/Rogers has been improving their network, it might be 10x faster than this now — I don’t know, since I’m no longer a customer. It most certainly has been improving over time, though. December 29th Rogers (owners of Mobilicity) had to transfer over the Mobilicity spectrum to WindMobile, so customers were being moved over to the Rogers network directly. Read more about that here.

Link to the above data: https://docs.google.com/spreadsheets/d/1aFczSZcfcropngUF_hgmCEhxsyfznKL3SjpGGAyR2DQ/edit?usp=sharing

I saved a screenshot of my bill. It’s about as clear as you’d expect. This is what happened:

If your statement is confusing or you need more help, they have a link right underneath your statements to click called “explain my statement” 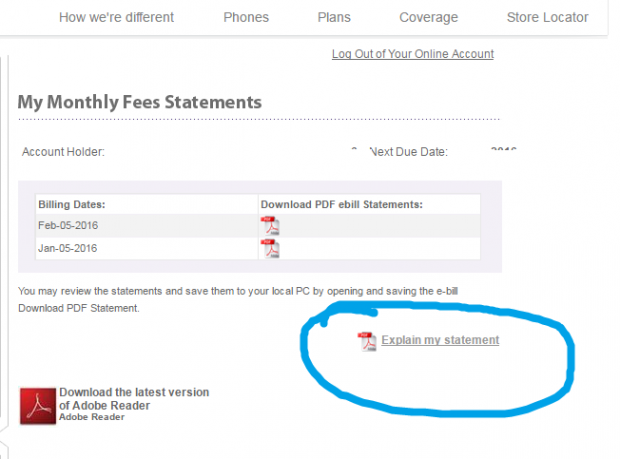 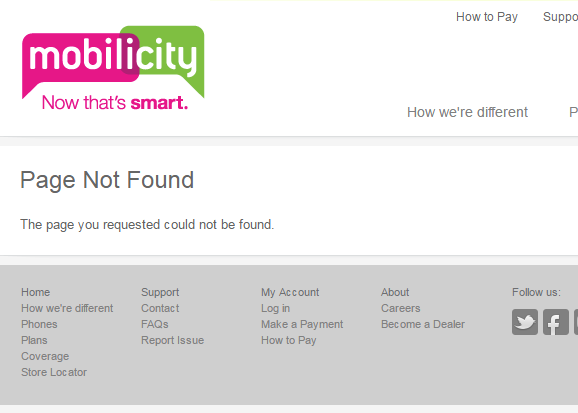 Do not sign up with Mobilicity. Their data speeds are no longer ridiculous, however everything else is. If you do sign up, you’ll want to pull your hair out at least 5 times while dealing with them. If this sounds good to you, I wish you all the best.

If you’re looking for a low-cost provider in Calgary, try Wind.  They recently rolled out some network upgrades and speeds are like 10/1 Mbps all the time downtown now. And, their customer service is leaps and bounds better. Plus, Shaw owns them now, and Shaw is a good company to have backing you. Can’t wait to see what the future brings.