Having been under construction since May, Calgary is about to see it’s first BMX bike park open their doors. B line Bike Park has been building a sweet indoor park full of ramps and jumps and even a big ass foam pit for many months, and they’re finally getting close to finishing it, hoping for a September opening. This has been a project in the making for over 2 years for Ryan Greenberg, who got the idea of an indoor skate park after building bike ramps and jumps in his neighborhood for his daughters, and having all the kids from the area show up and ask to use them. 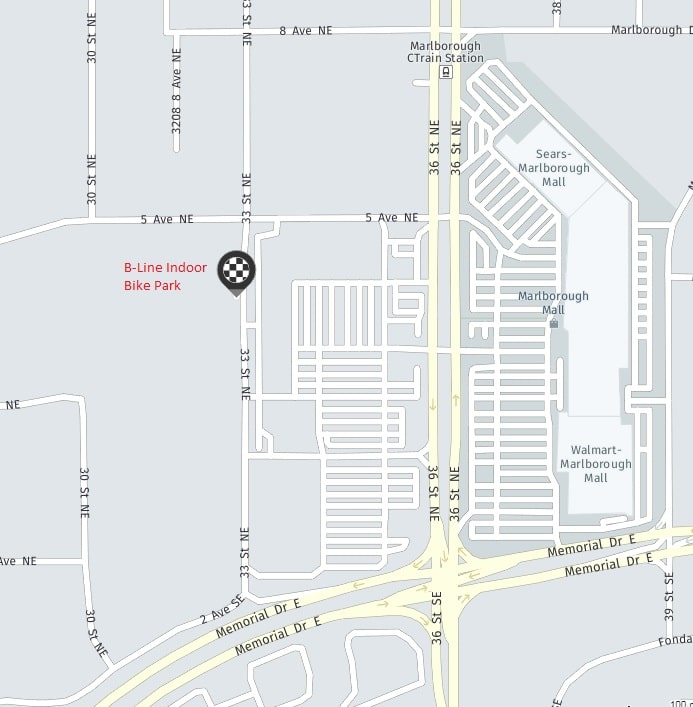 Located at 401 33rd Street NE, the 60,000 square foot facility is located right behind Home Depot, kind of nestled in between Marlborough and Pacific Place (Franklin Mall). Actually just down the street from Tool Shed Brewery too.

B-line Bike Park will be the first facility of it’s kind in western Canada, and will cater to anything on two wheels. Mountain biking, BMX, downhill, a pump track, trick jumps, and courses for racing. It’ll be open and available year round, as it’s indoors. Skateboarding will not be allowed. No word on Penny-farthings. I would hope that if someone were to bring one of those, B-line would let them try it on the course.

Using every inch of the available space for ramps and tracks. Wear a helmet. Hopefully they put some padding up on those beams haha.. klunk.

B Line Bike Park hired the most adorable tester ever haha.

Someone made a detailed video about the bike park, some great footage of interviews, and what’s to come.

Really wish I had something like this to hang out at when I was a kid. It’s great to see additional things for BMX’ers showing up in Calgary. Best of luck to you guys!