Alberta Lobsters, also known as Crayfish, Crawfish, or Crawdads, they exist in several creeks and streams in Calgary and elsewhere in North America and come with restrictions, however for most of Alberta they’re freely available for anyone that wants to go out and catch them. There is no license required, and there is no limit to the amount you can harvest. In fact, they’re an invasive species within Calgary, and it’s unlawful to posses live Crayfish. If you plan on heading out to catch up some dinner, you’ll need to kill them right away.

Here’s a quote from the Alberta Government about Crayfish:

Crayfish are native to the Beaver River system. However, they appear to have been illegally introduced into many Alberta waters and may be adversely affecting aquatic ecosystems.
Some people have expressed a desire to consume crayfish. In all waters other than the Beaver River, people may catch crayfish for consumption. Legal capture methods include angling (sportfishing regulations apply) or catching them by hand. No licence is required to capture crayfish by hand. The retention and transport of live crayfish is illegal and all retained crayfish must be immediately killed to prevent the spread of this species. Please help prevent the spread of invasive species.

The eating of Crayfish is quite common throughout various parts of the world, but it’s especially prevalent in the southern US, such as in Louisiana. Nothing makes some people happier than a good old fashioned Crawfish boil, complete with corn, potatoes, loads of butter and lots of beer. 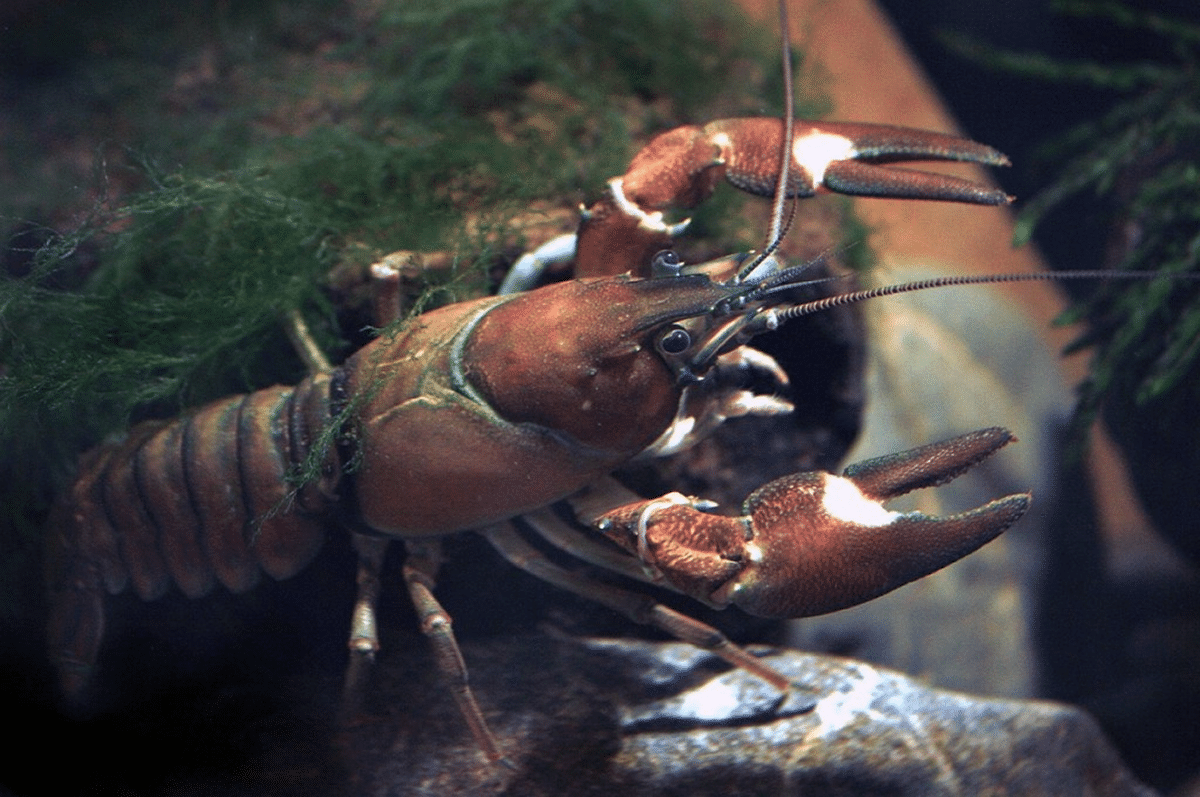 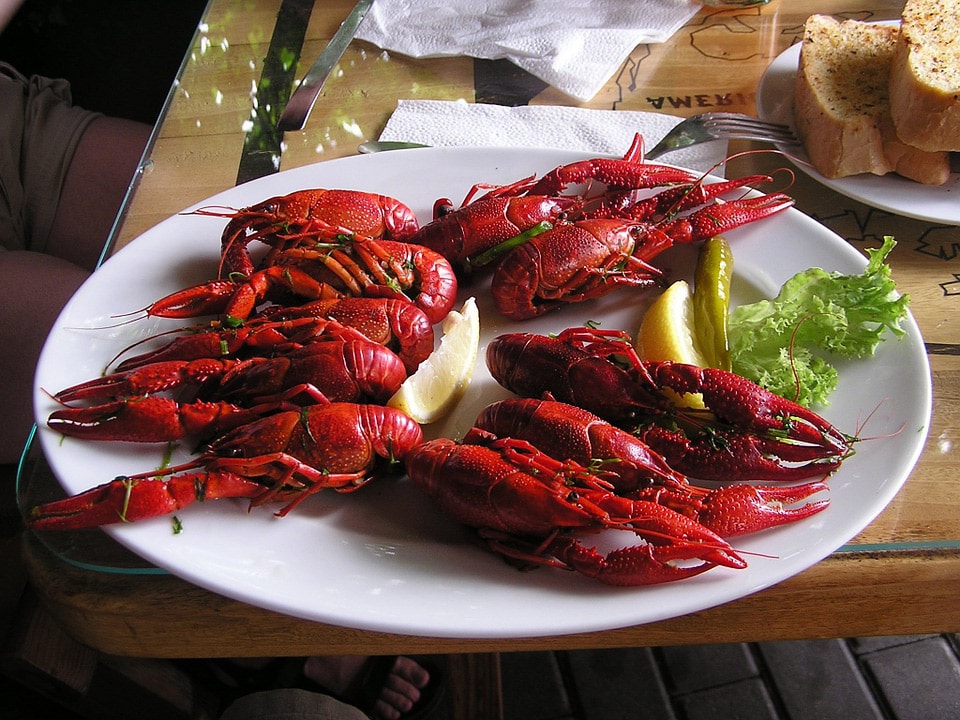 They look like miniature lobsters, and you cook and eat them pretty much the same way.

Where to find Crayfish in Calgary

Nose Creek has tons of them. Calgarian /u/speedog pointed this out on reddit not too long ago, after catching dozens of them himself. Here’s a map of the location. It’s just on the south side of T&T Supermarket up near Stoney Trail. Nose Creek is full of Crayfish in Calgary, as well as in Airdrie. This creek alone should provide you with more Crayfish than you can carry. There may be health concerns if you eat Crayfish out of Nose Creek – see below in more detail.

Know of another place to catch Crayfish in Calgary? Drop it in the comments below.

The Crayfish are in all parts of the creek, so access it wherever you feel most comfortable doing so. Click here for a link to Google Maps 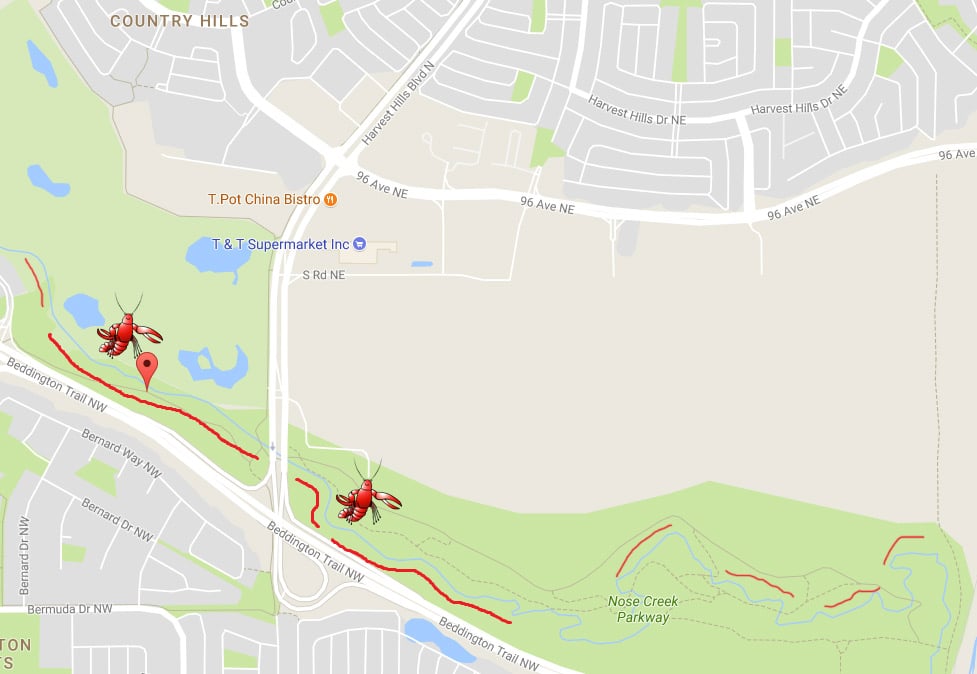 How To Catch Crayfish in Calgary

The easiest way to do it is with a couple of people, a basic fishing net, and a bucket.

This video here is a good example on how to catch Crayfish by hand quite easily. Move slow, move the rocks, watch for them swimming out or being buried in the dirt/sand.

Crayfish do pinch, and depending where they get you, it might actually hurt – but it shouldn’t break the skin.

You can also build and set traps to catch Crayfish, however it might be a bylaw infraction to leave things like that within a public creek – I’m not entirely sure. You can take that risk on your own. Here’s an easy trap you can make using a 2L empty pop bottle, though you’ll get a much higher yield with a proper trap. You could always just take the kids out for an afternoon of catching them for fun.

No matter how you catch them, you’ll need to make sure to kill them right away.

How To Kill Crayfish Humanely

The best way to kill a live Crayfish is with a sharp knife. Boiling them won’t be an option as you’re not allowed to posses live Crayfish in Alberta, and unless you’re super prepared and bring a camping stove or something, you aren’t going to have boiling water while out knee deep in a creek.

There are many different recipes for cooking and consuming Crayfish, and they all pretty much involve boiling them. Once dropped into boiling water, Crayfish will turn a brilliant red colour and take no time at all to fully cook. Make sure not to leave them in the boiling water for too long!

Most people eat them the same way, boiled, cracked open with a squeeze of lemon and loads of butter, just like lobster. I would recommend siding with boiled corn, mashed potatoes, cornbread and beer.

I’d recommend doing some Googling for a recipe, there’s many different styles and options. Here’s one for Louisiana Style – don’t forget the newspapers on a picnic table, I think that’s actually an important part.

To eat Crayfish, it’s not all that different from Lobster. Give them a twist in the middle and pull. You’ll also want to remove the middle ring section. Check out this video as an example:

CBC ran an article about this back in 2016, reporting that a biologist with Trout Unlimited Canada suggested you may not want to eat the Crayfish in Calgary from Nose Creek due to pollution runoff from the streets emptying into Nose Creek. Check that out here. There is also a report from Riverwatch.ab.ca which ranks Nose Creek the most polluted of the 6 creeks they monitored and sampled in 2016. Click here to see the full report. Many people have harvested and cooked up the Nose Creek Crayfish without issue. Drinking Coke is bad for you but people still do it.

Eating the Crayfish out of Nose Creek is entirely your call. I would totally do it – but I’m not a huge seafood fan.

Lots of people are out there catching and eating all of your Crayfish! Had better get going.

5 thoughts on “Where to find and catch Crayfish in Calgary”