The Downtown Central Library is Awesome!

Calgary’s Central Library is located just on the eastern edge of the downtown core and you’ll want to check it out, even if you don’t plan on borrowing anything. Designed by the Norwegian firm Snohetta, it has multiple beautiful levels architecture filled with books, music, electronics, desks, play areas, comfy furniture, rooms you can use – and it’s all free! Named one of Time’s Greatest places in 2019, the central library is really a wonderful addition to our city that everyone should absolutely take advantage of.

Calgary has been long overdue for a new library. The old downtown central library across from Olympic Plaza/City Hall was built in the 60s, which explains why it looks and felt like a library from the 60’s, if you had ever visited it. They have since closed it permanently. 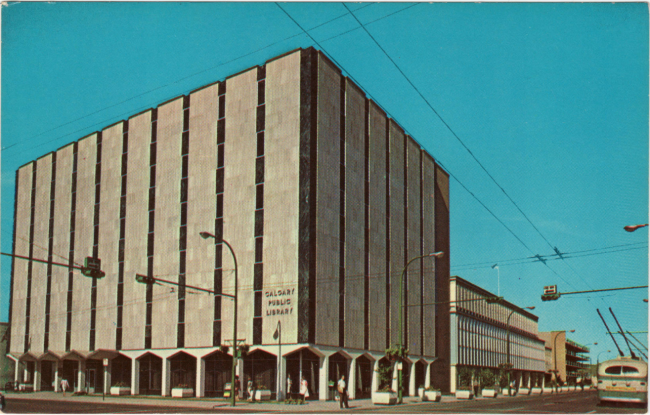 Shaped like a box, poorly lit, lots of empty space, just not ideal for modern library. I think box shaped buildings were the style at the time. Kind of depressing. Wellsir, Calgary finally decided they’ve had it with these mother father old libraries on this mother father plane and for the last few years a whole new library been constructed in the East Village. It’s a way newer and hotter than the old library. Old and busted, new hotness. However you wanna say it, the new central library is incredible and it’s going to make Calgary a better place to live.

OLD VS NEW. BATTLE OF THE AGES. LIBRARY VS LIBRARY

You’re going to love this place. The biggest difference between the old central library and the downtown central library I noticed was the lighting. Everything is well lit throughout the entire place, from top to bottom is a ton of natural light, plus LED lighting everywhere else. Even on the bookshelves man! Protip: the handrails are heated.

Let’s get to it shall we? Below are 29 pictures I randomly took on October 30th. They aren’t in any specific order, and I’ll toss comments in. Let’s get to it! 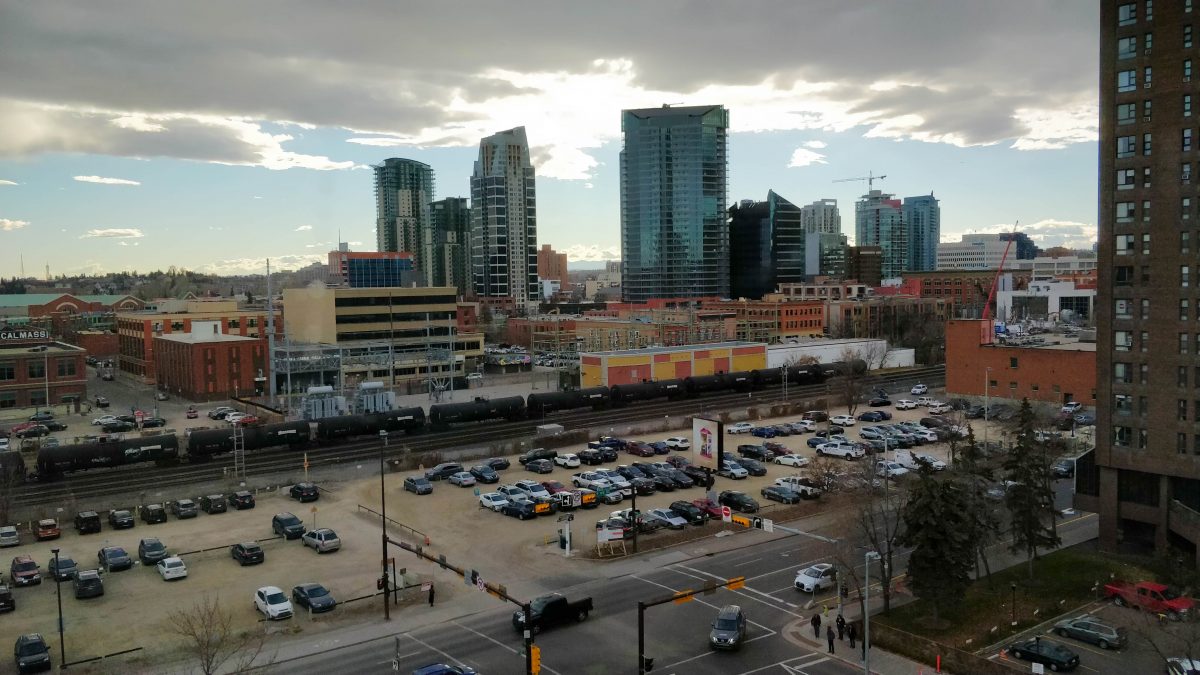 The view from out back, facing 9th avenue and CP rail. That’s the BMO/Stampede grounds on the left. 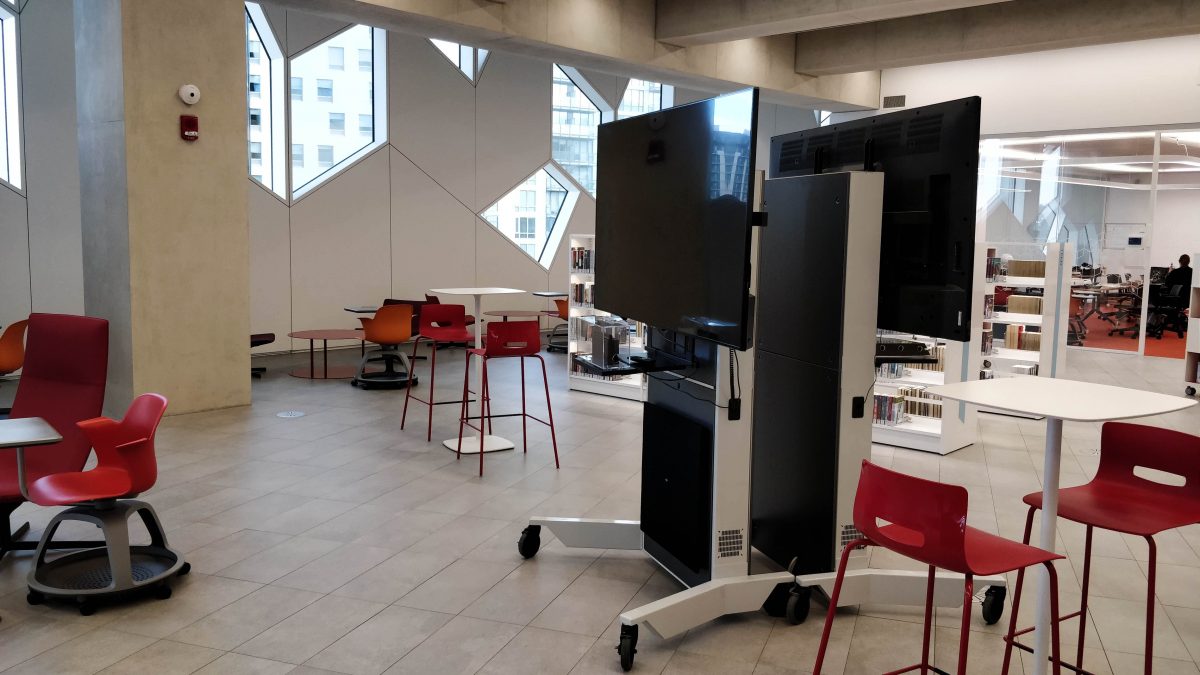 Teens will be able to book time on gaming consoles for free. They had a PS4 Pro and a Nintendo Switch. 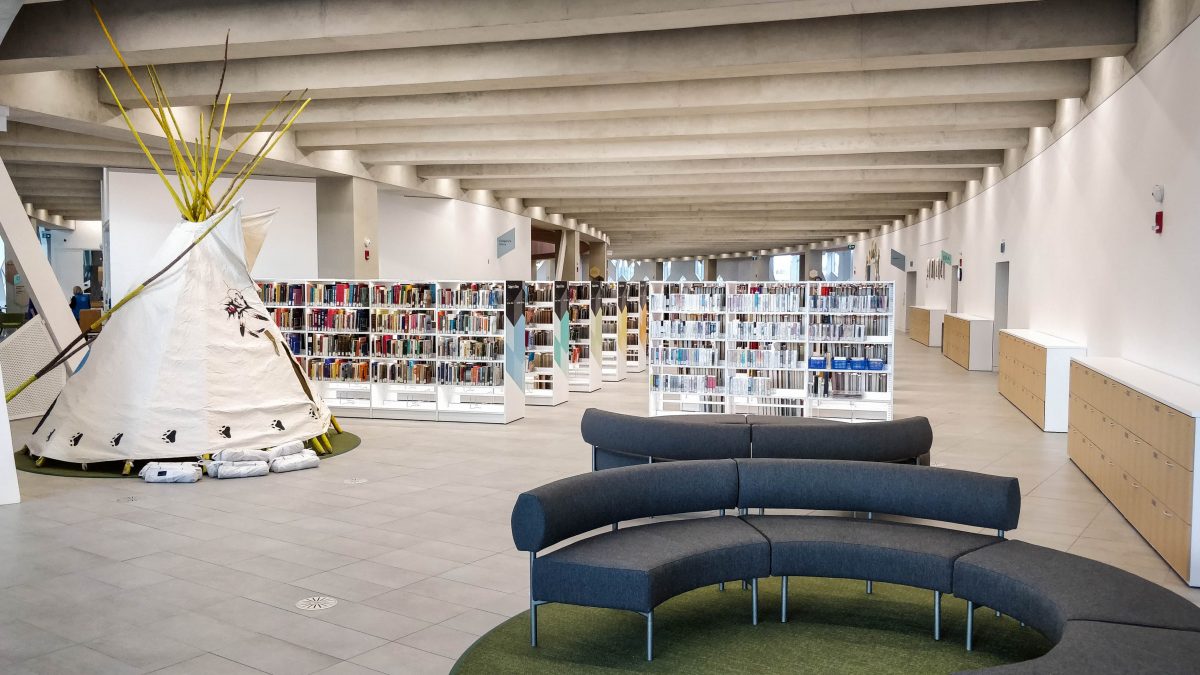 They have an actual teepee set up on whatever floor this was. 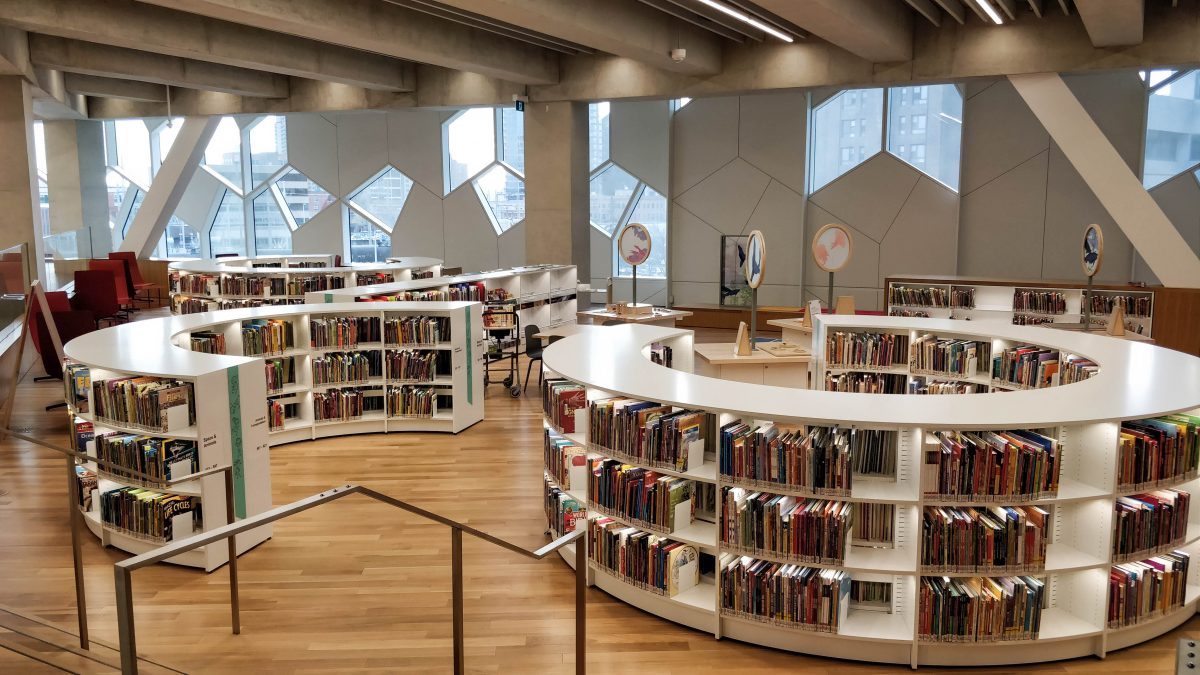 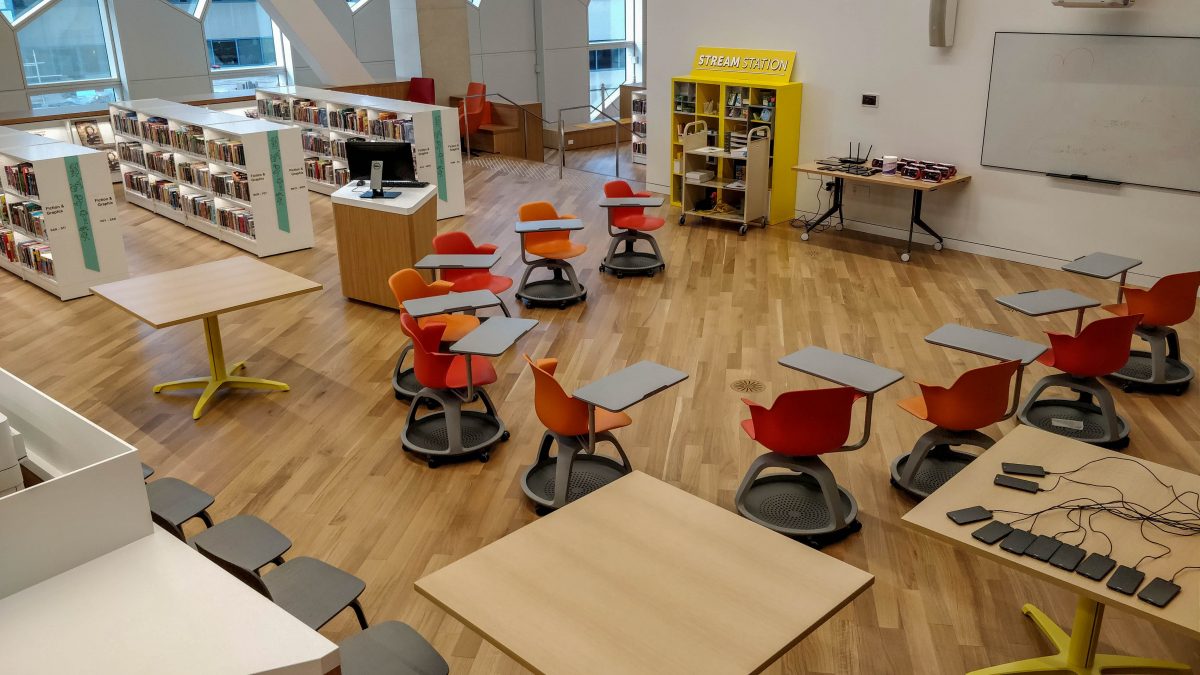 There’s all kinds of electronics that people can use for free. Everything is labeled and easy to find. 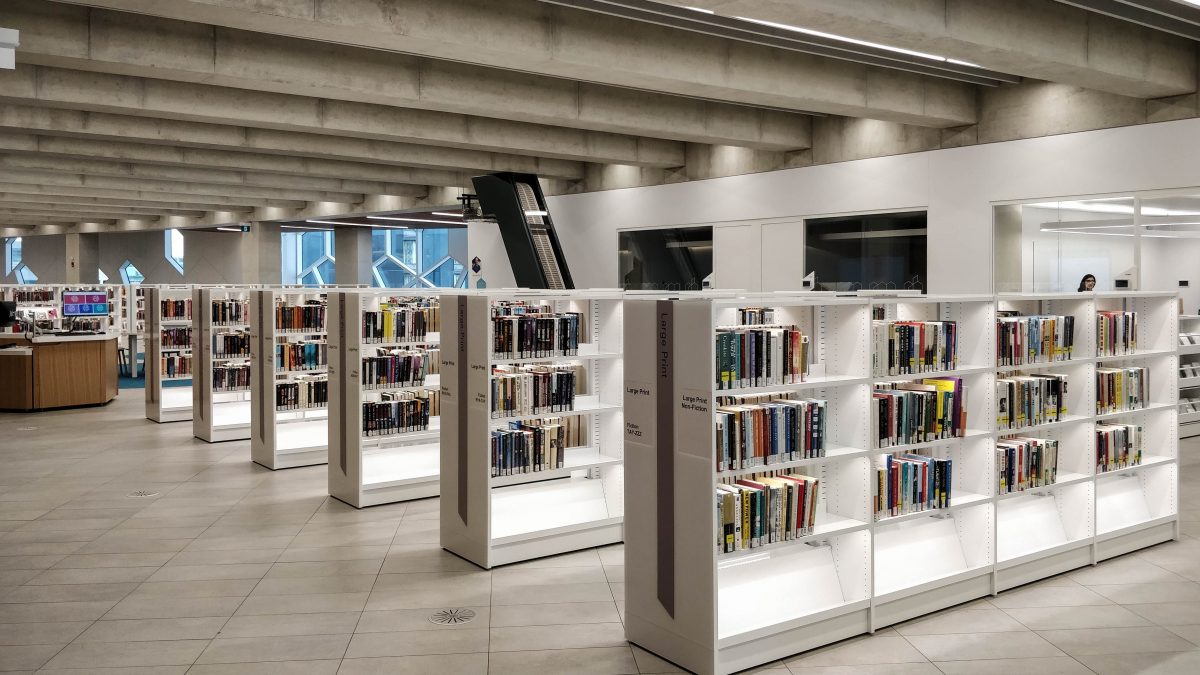 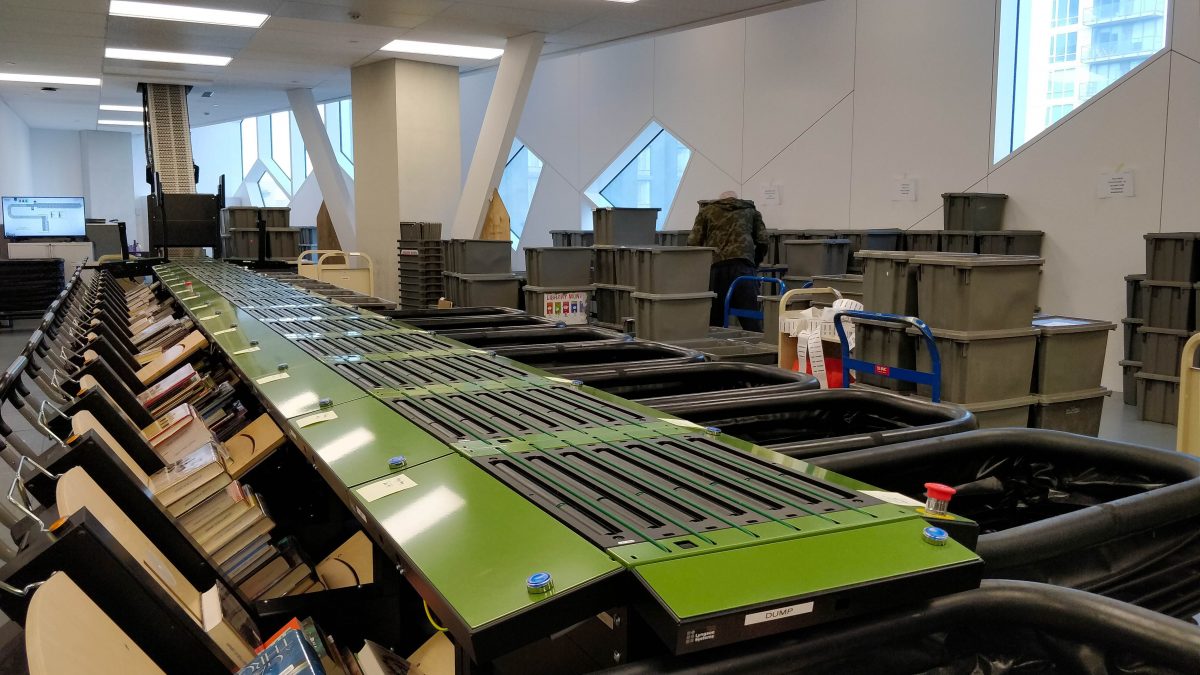 This machine is used by the staff to sort returned books. Based on bar code it’ll automatically get skidded into the correct cart, which a staffer will take to the shelf. 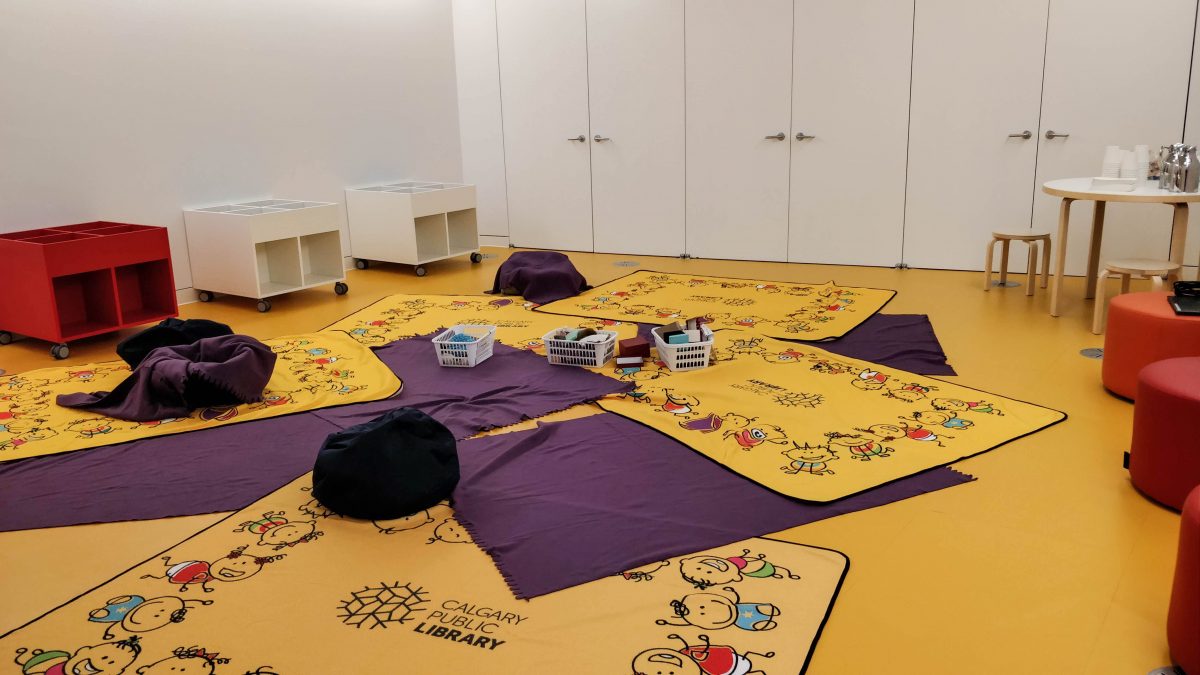 In the children’s area of the downtown central library are various rooms for kids of various ages, that you can use/book for free. 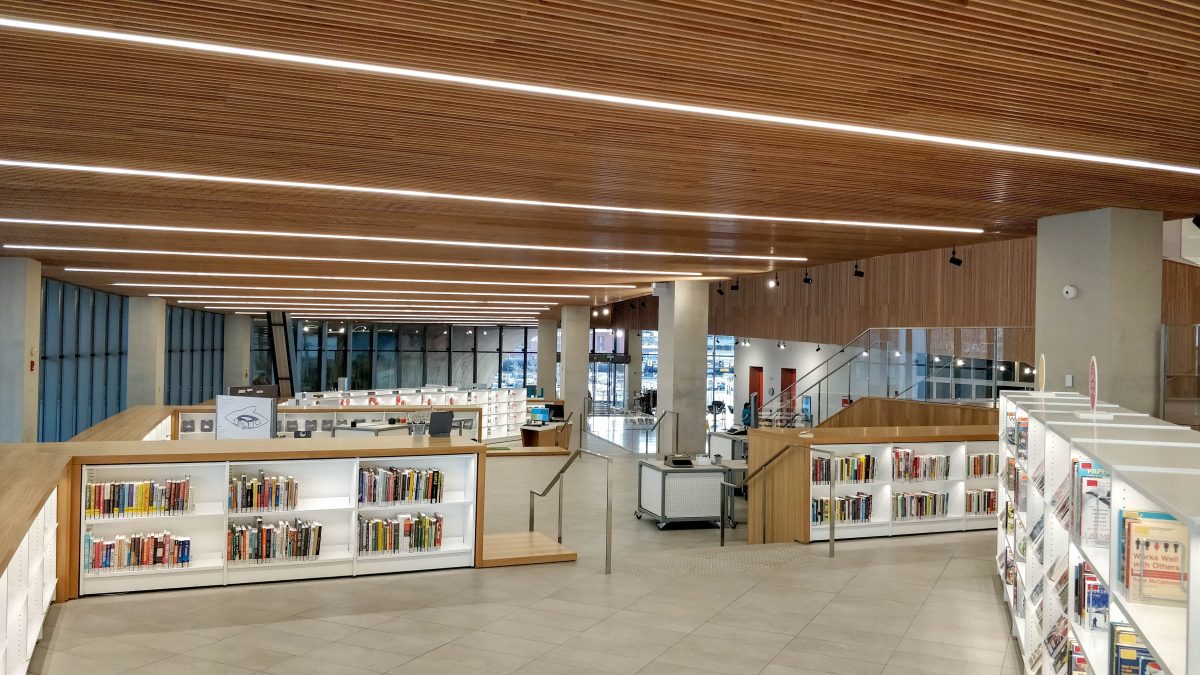 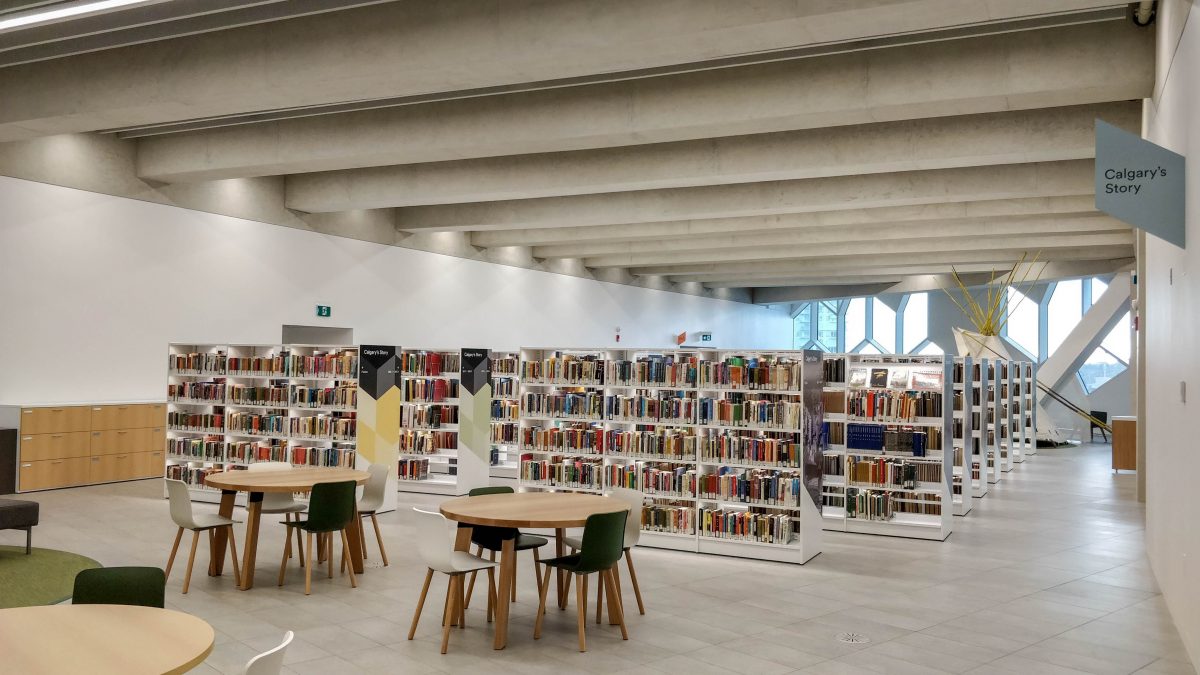 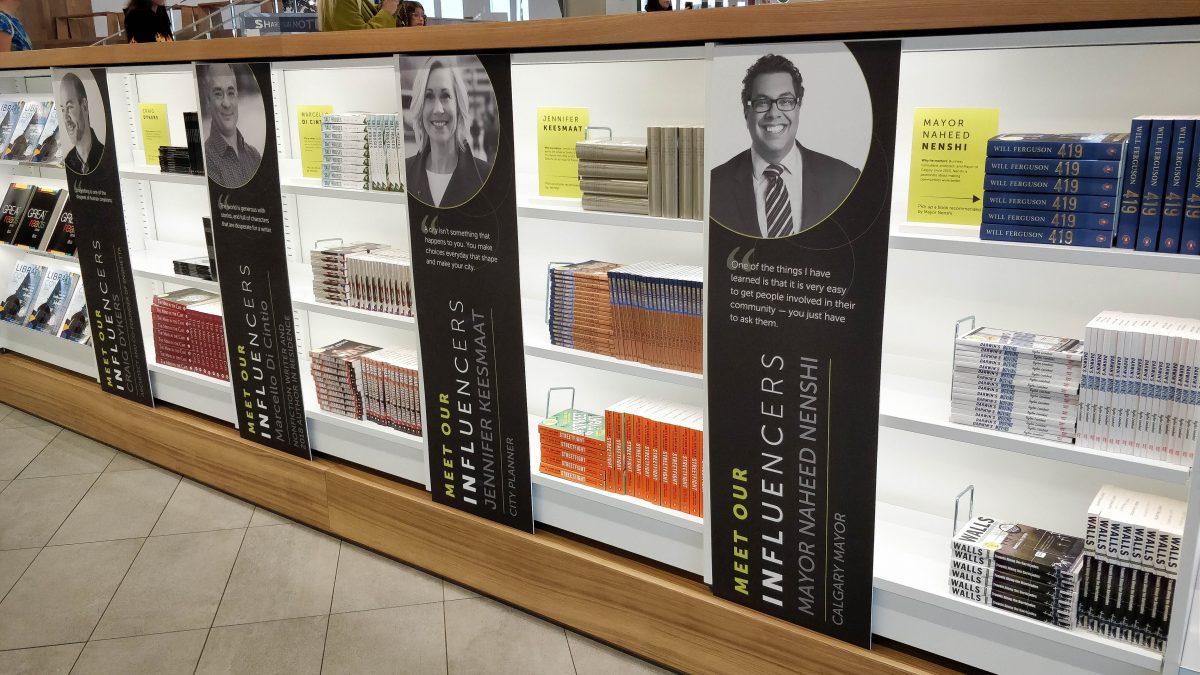 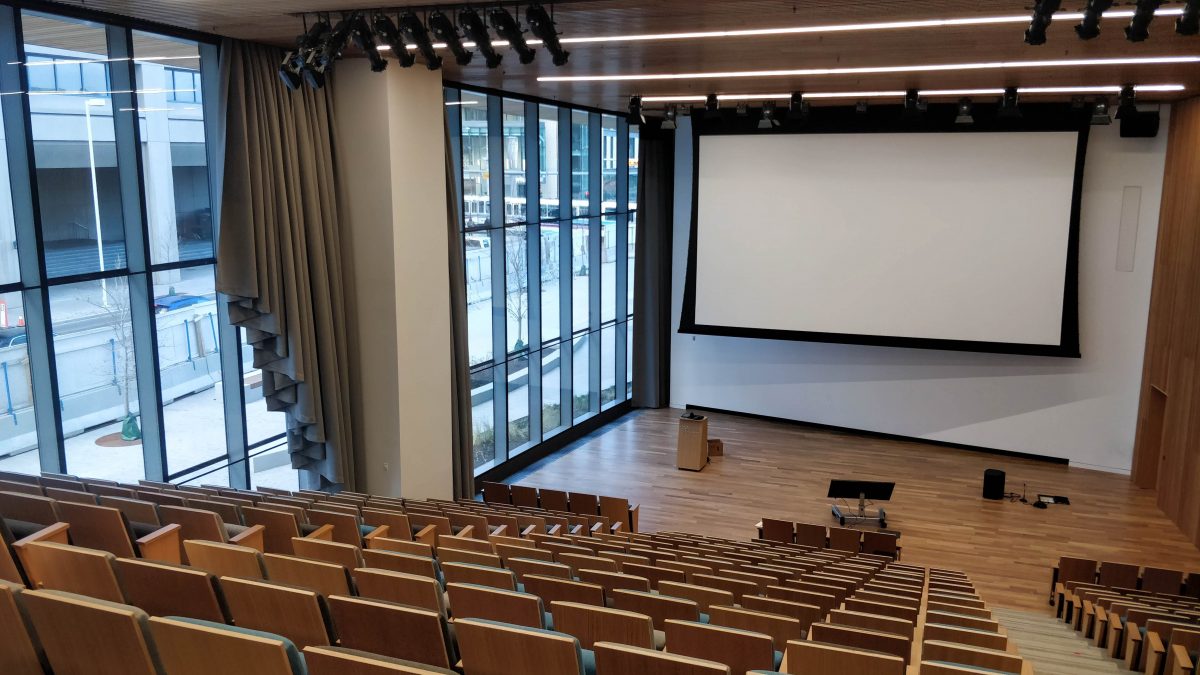 This room can be rented out. Charities get it at 50% off! 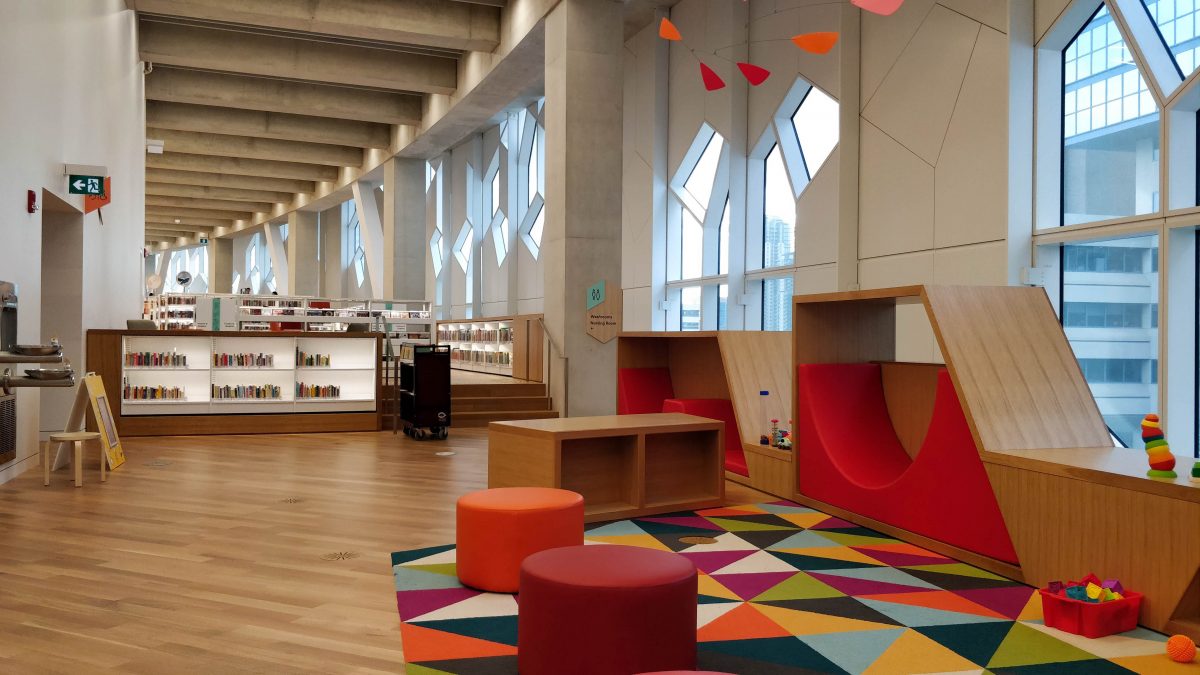 Everything is wheelchair accessible too. 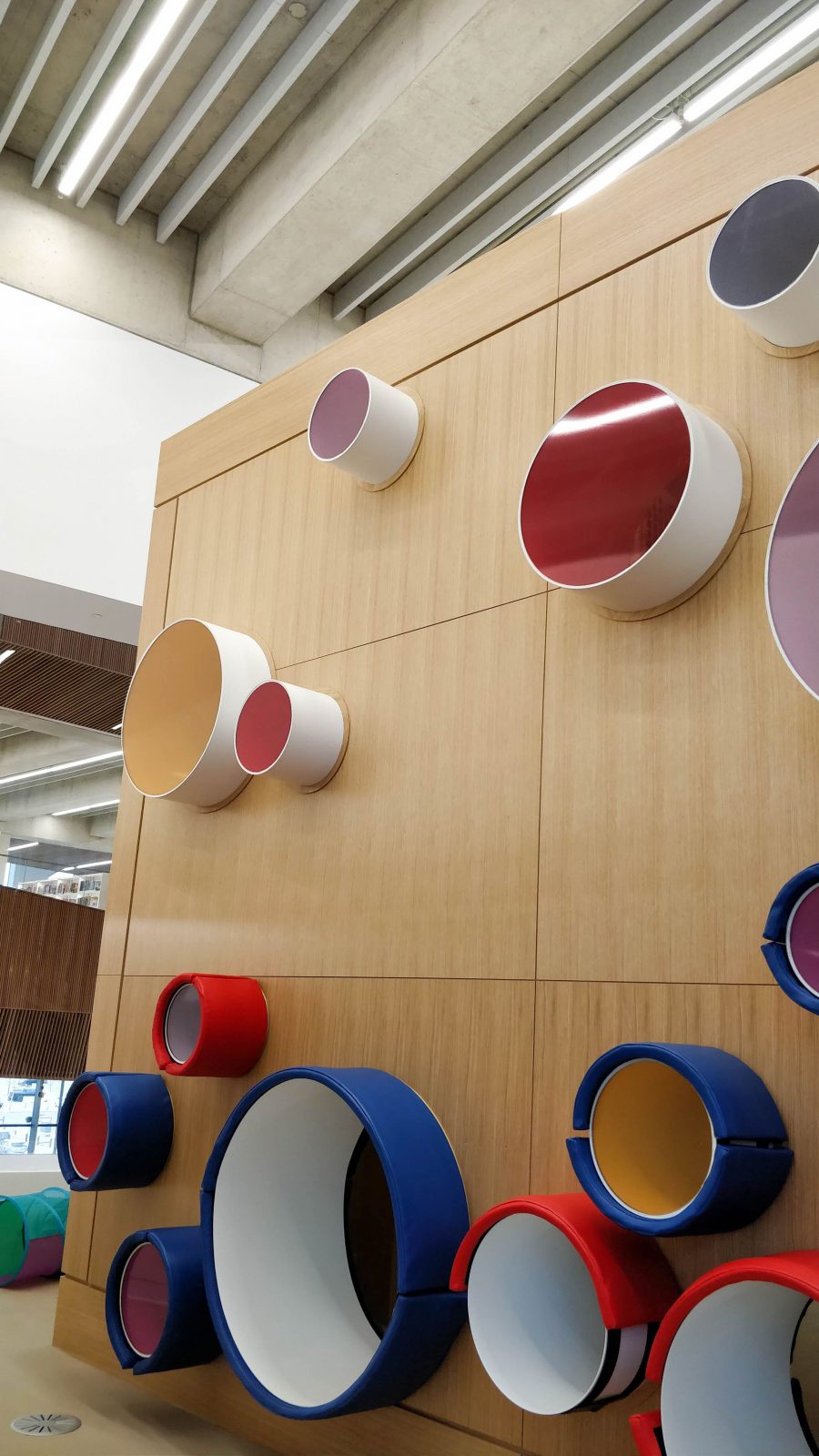 Kids are going to have so much fun in here! 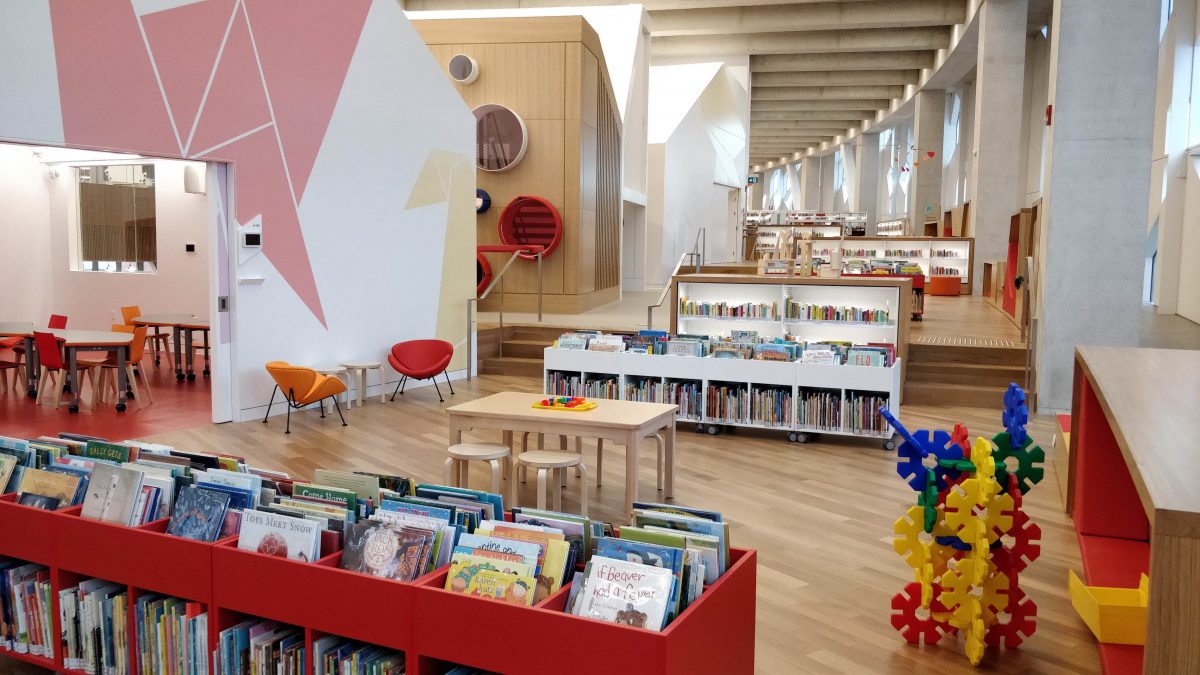 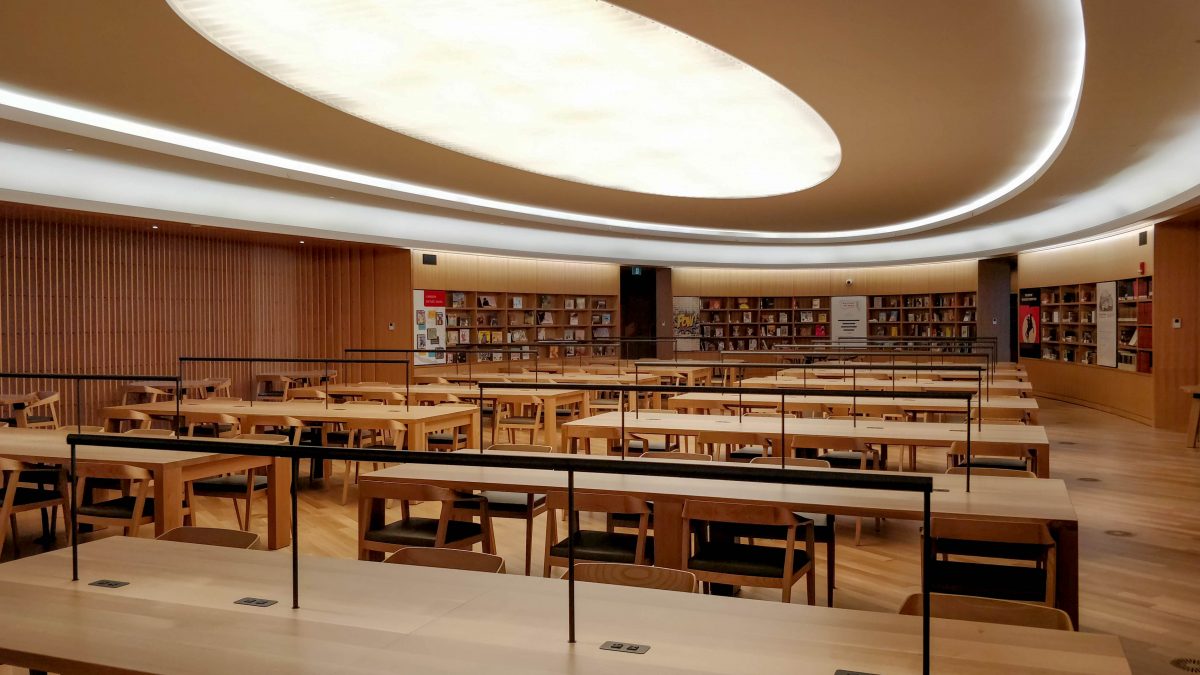 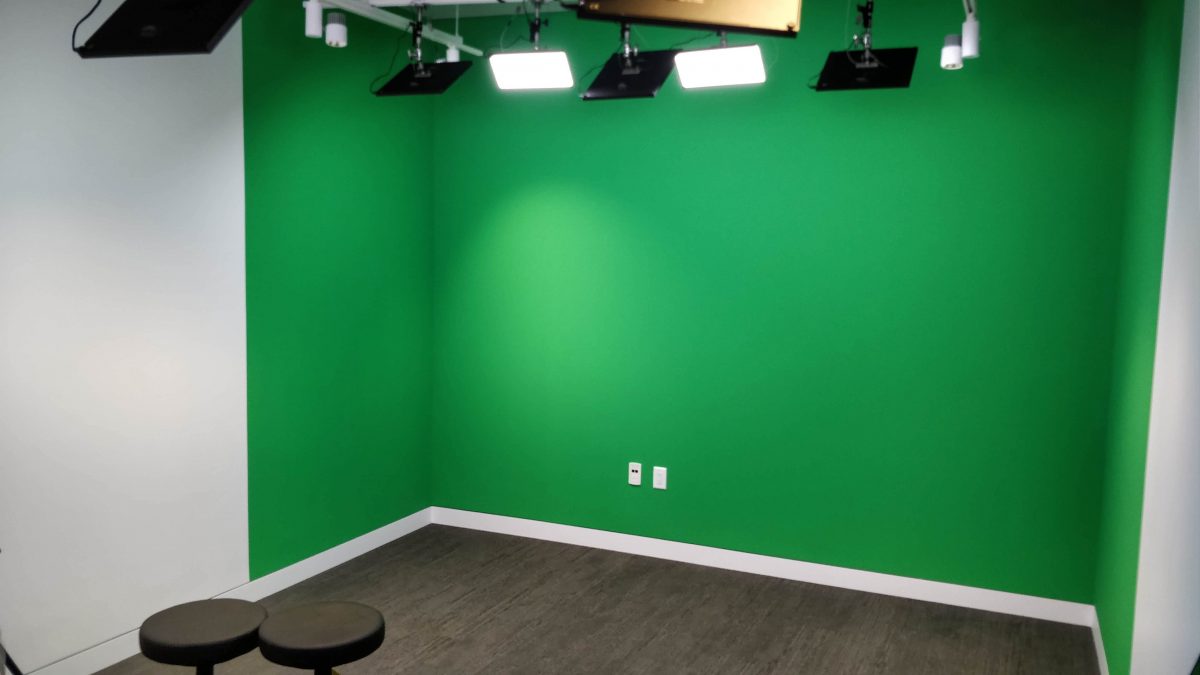 This green room? You can book it for free. There’s also some video equipment and stuff. Very cool! 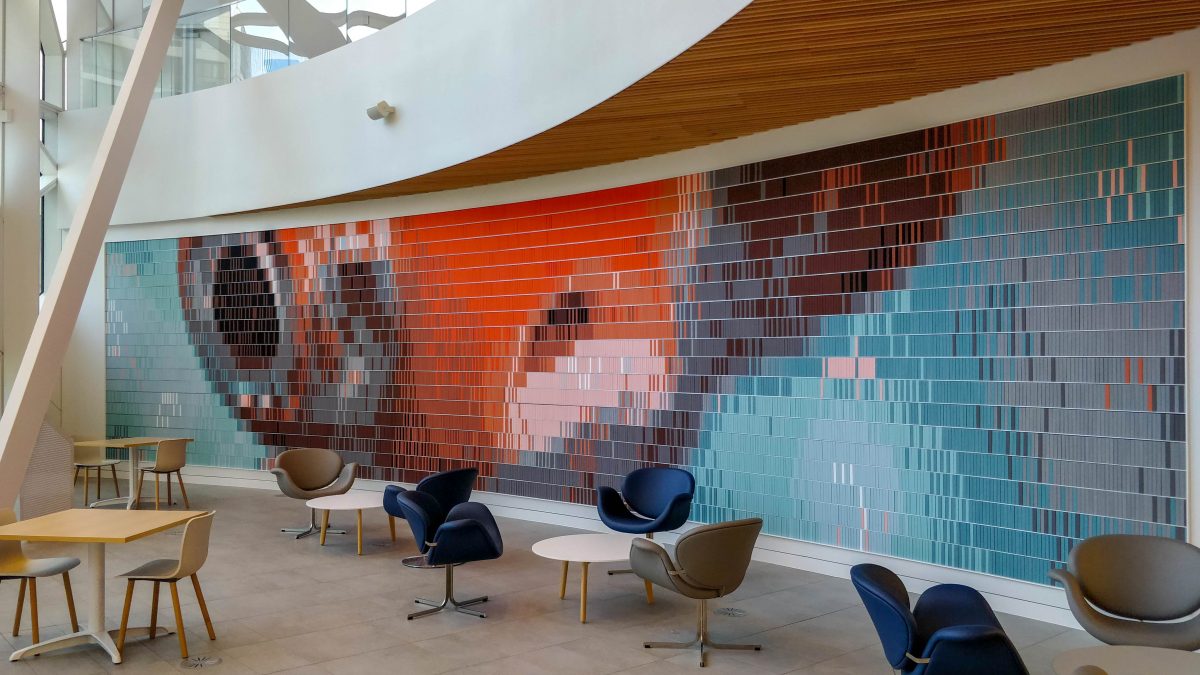 Every single one of those things is a real book. Don’t touch it though, probably took forever to do that. 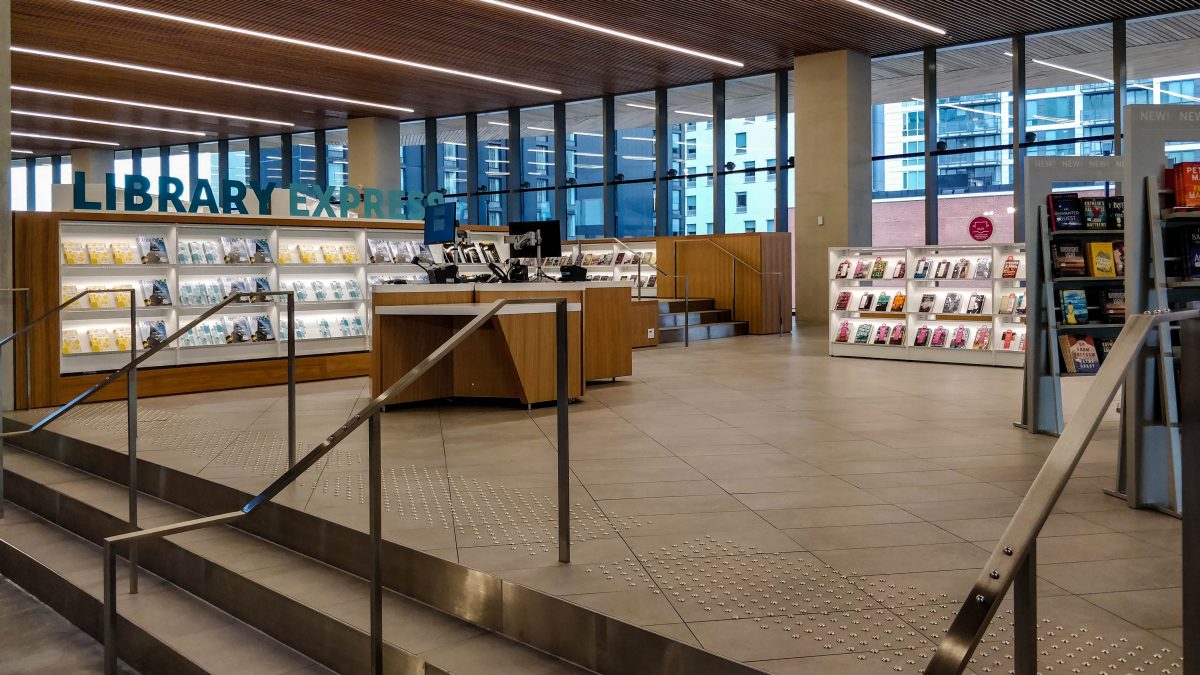 Library express, popular things to just grab and go. This is just inside the entrance. 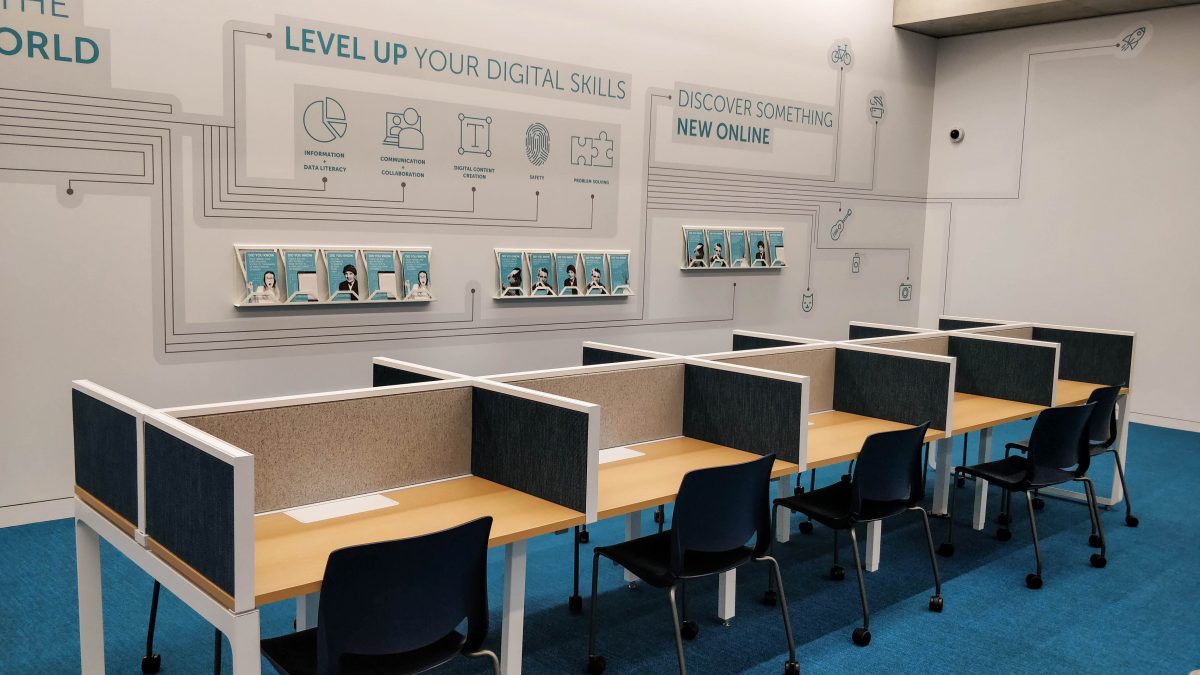 The building is filled with spaces for people to study or work. Can’t waaaaaait! 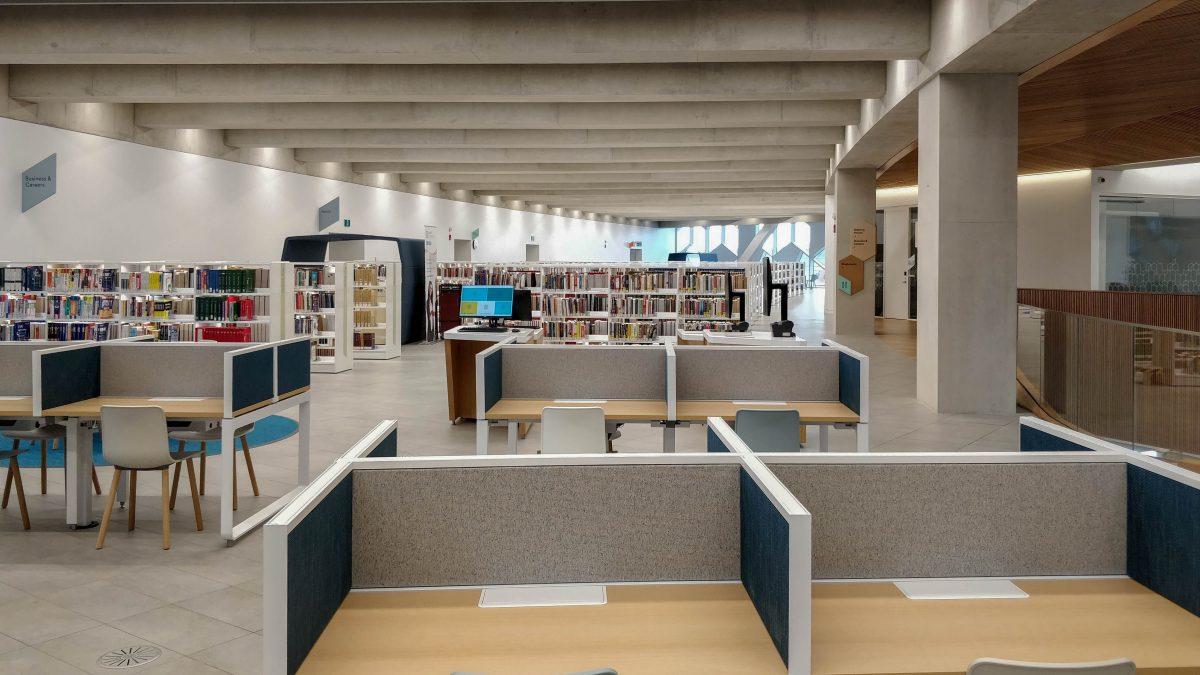 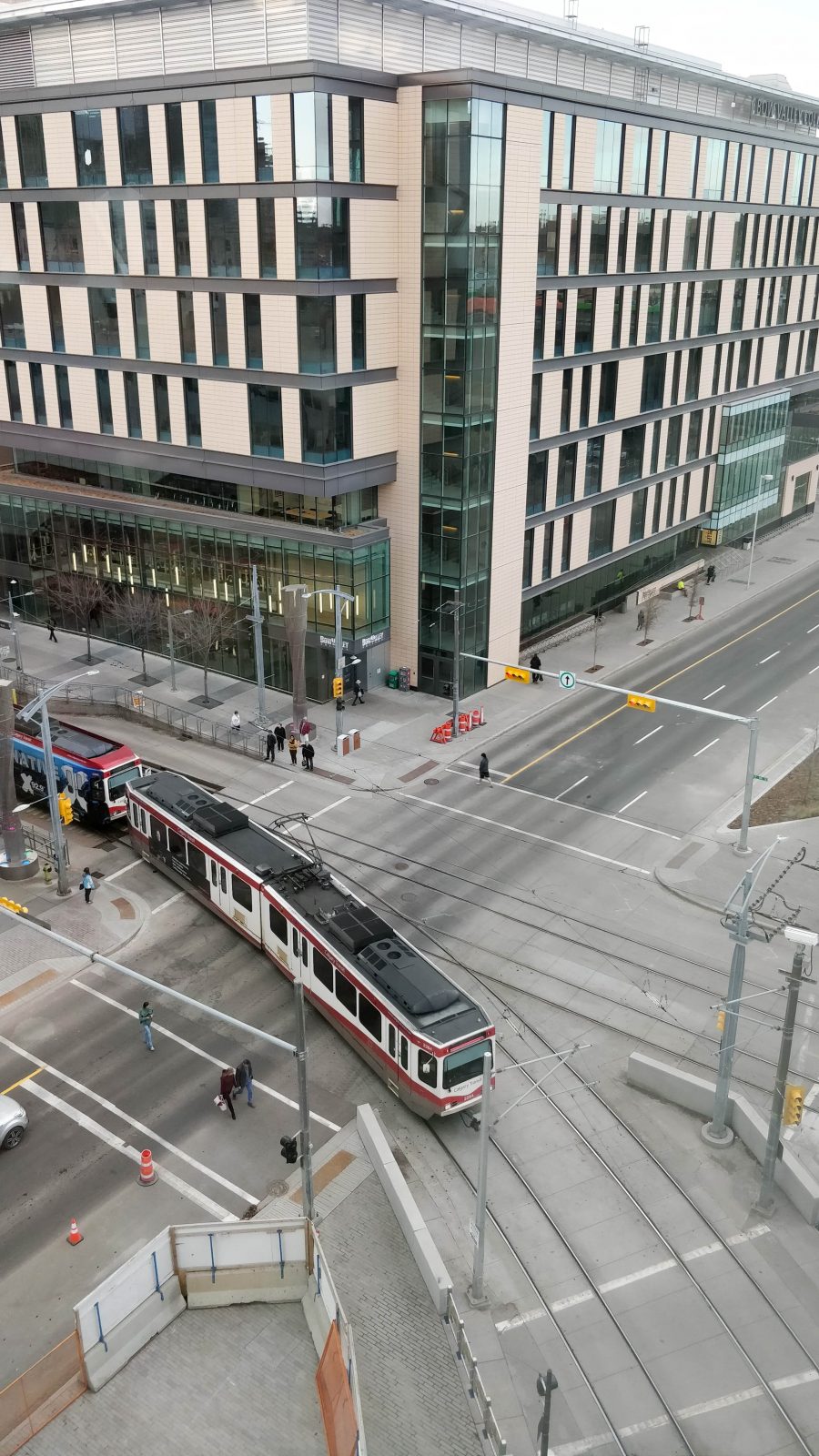 The view of 7th Avenue SW. 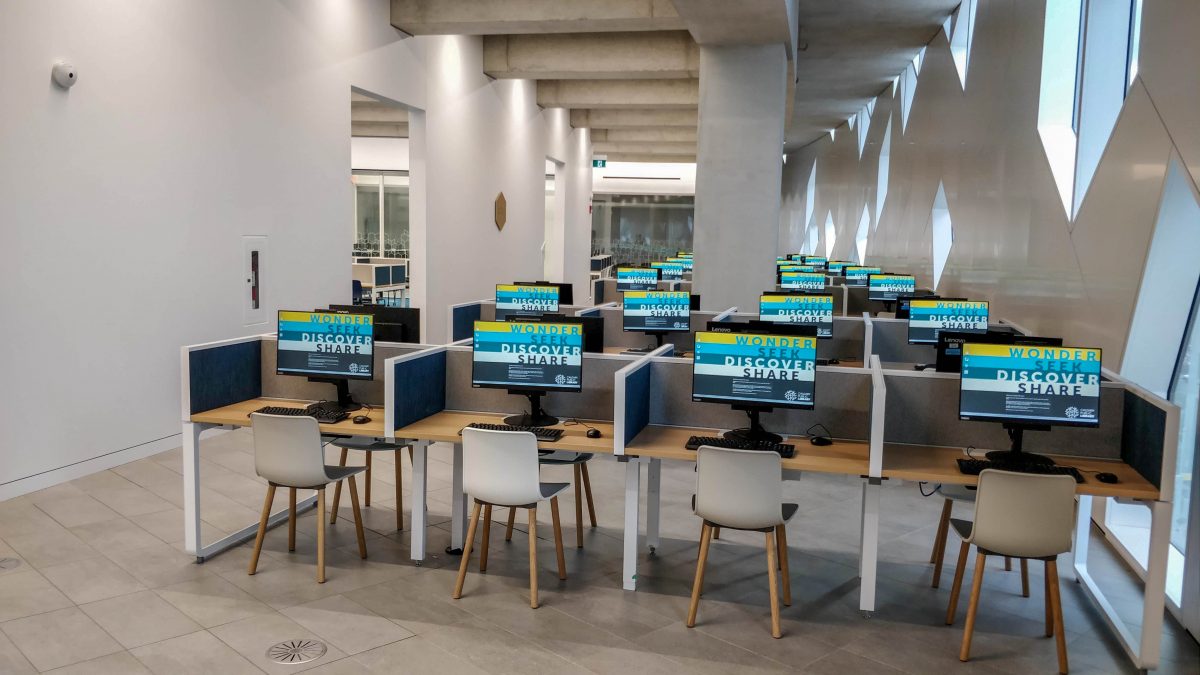 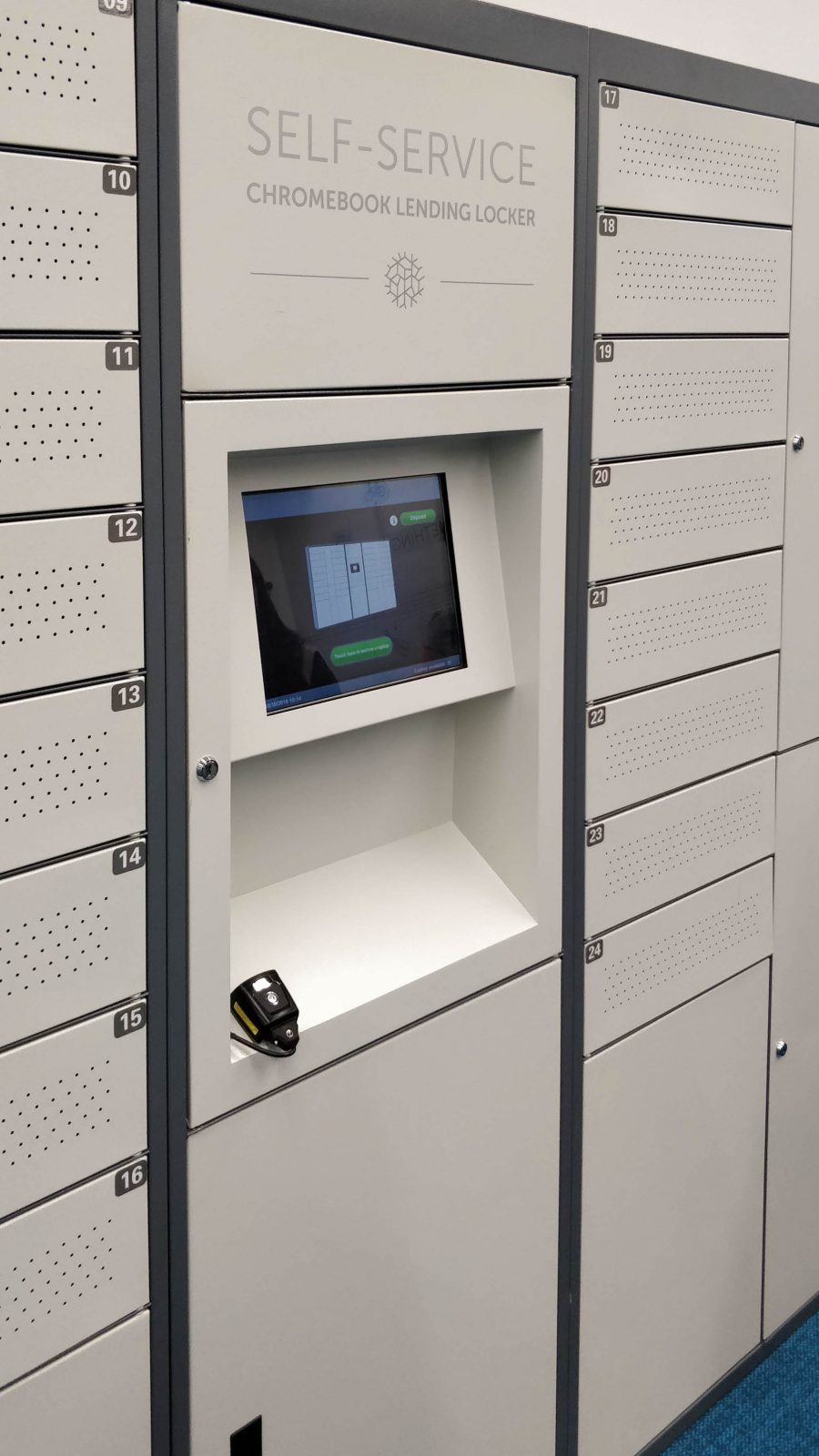 An automated Chromebook station! Free! Pop your library card in and grab one. They have to stay in the library FYI. 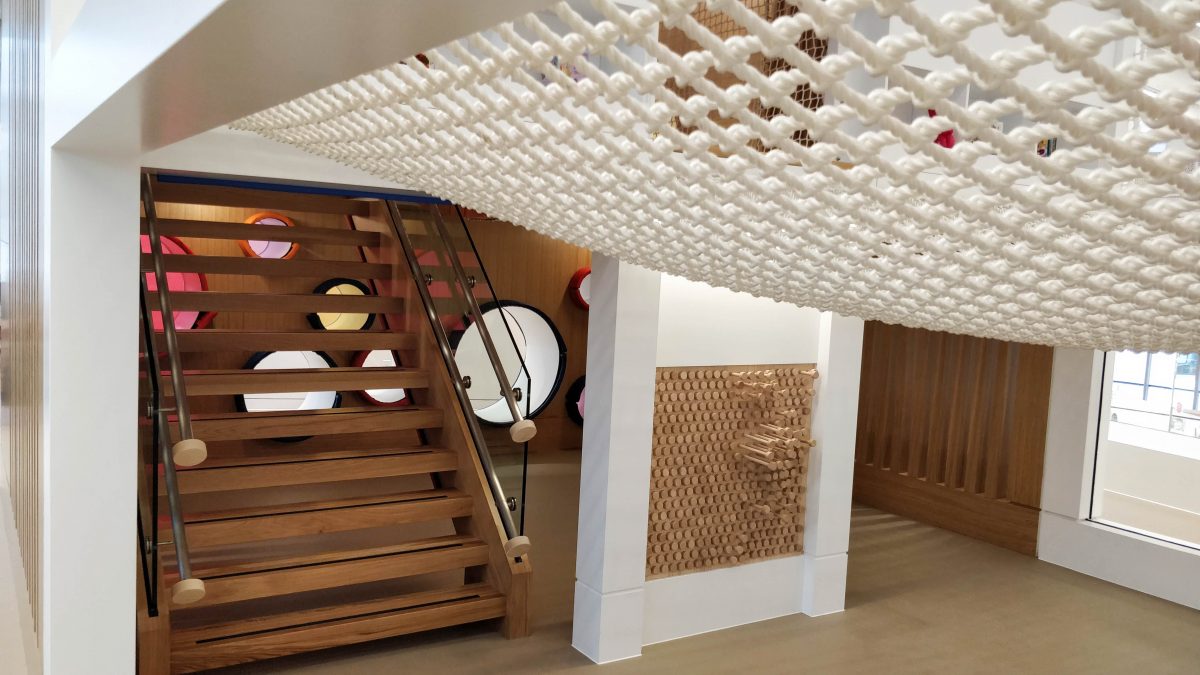 Part of the kids area. That floor is rubber and really soft. 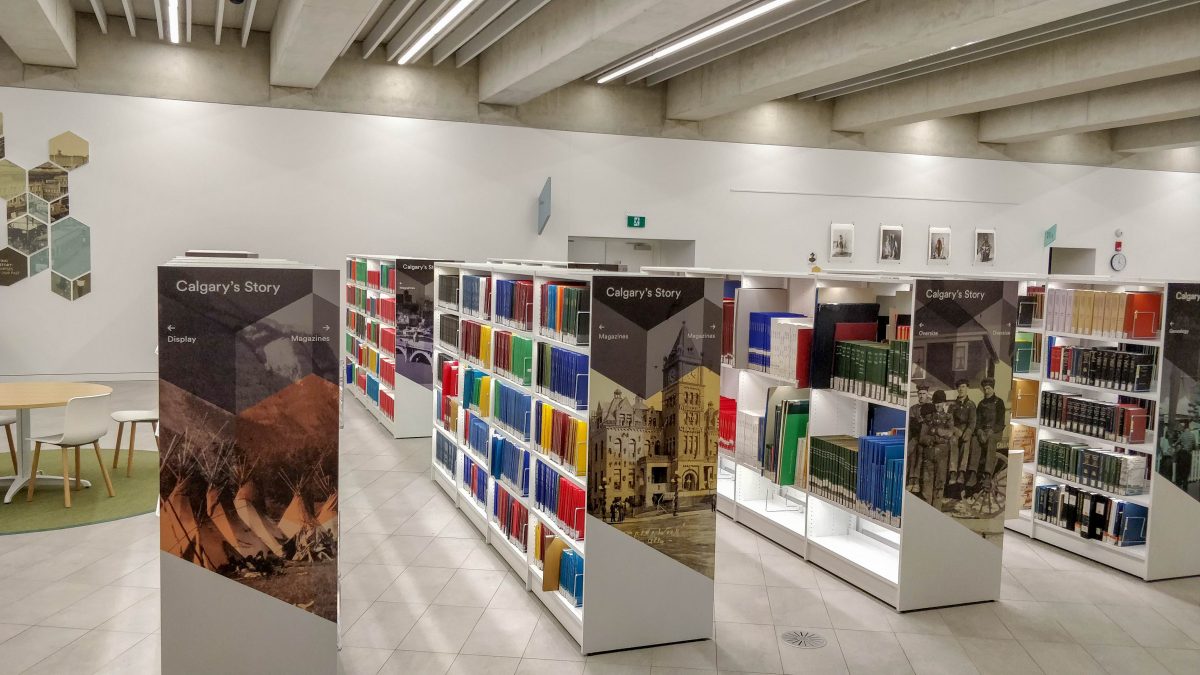 There’s an entire section just for books about Calgary. 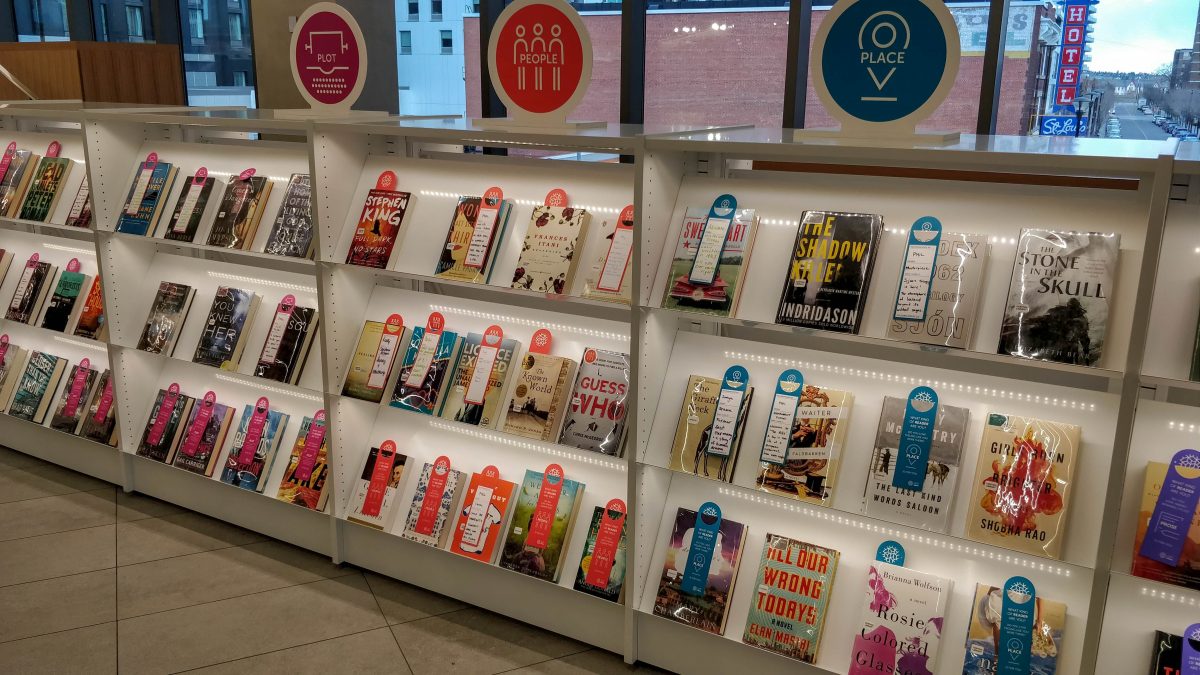 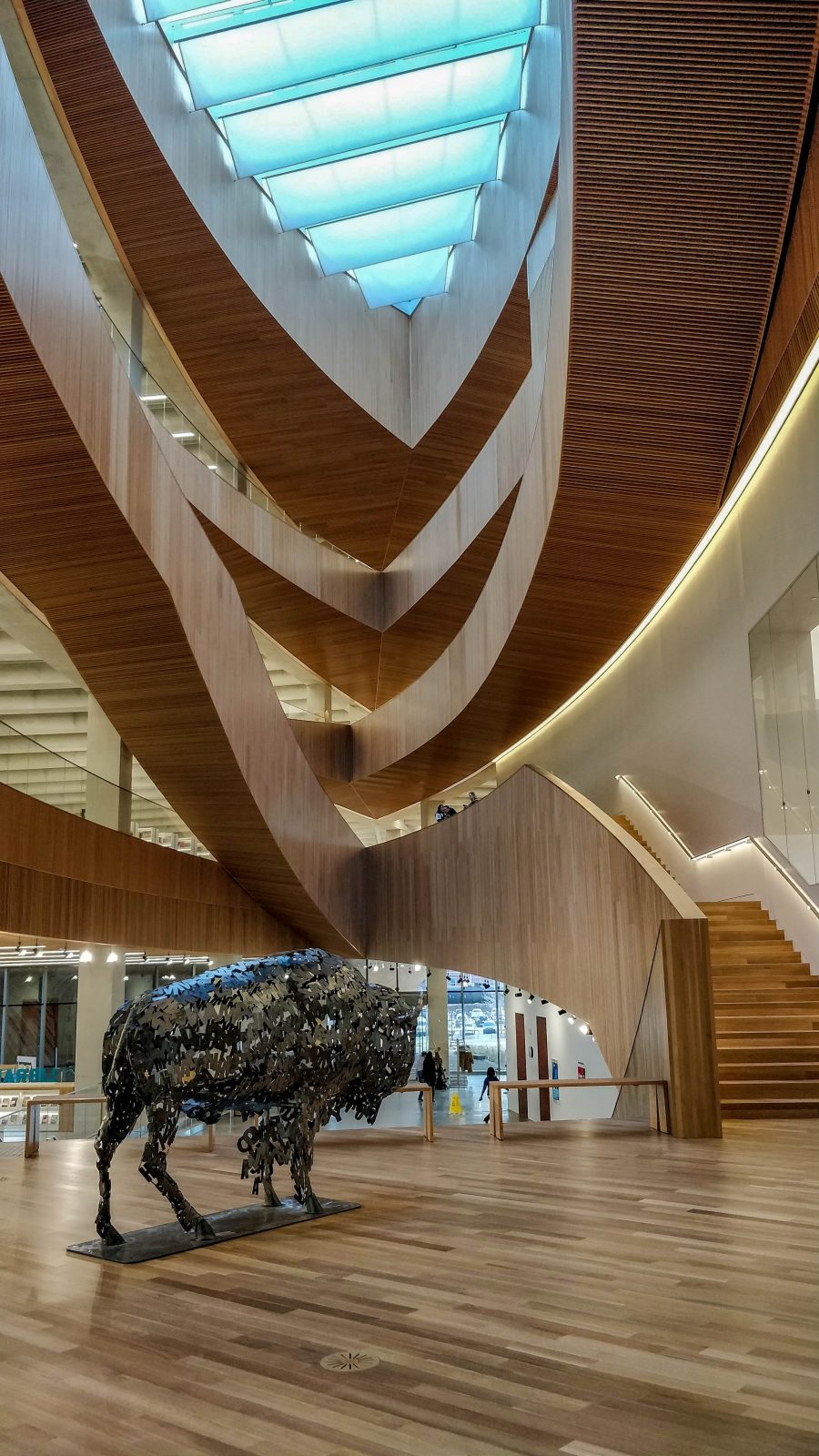 That Bison is made of up letters from an indigenous language. There were several other art pieces throughout the downtown central library. 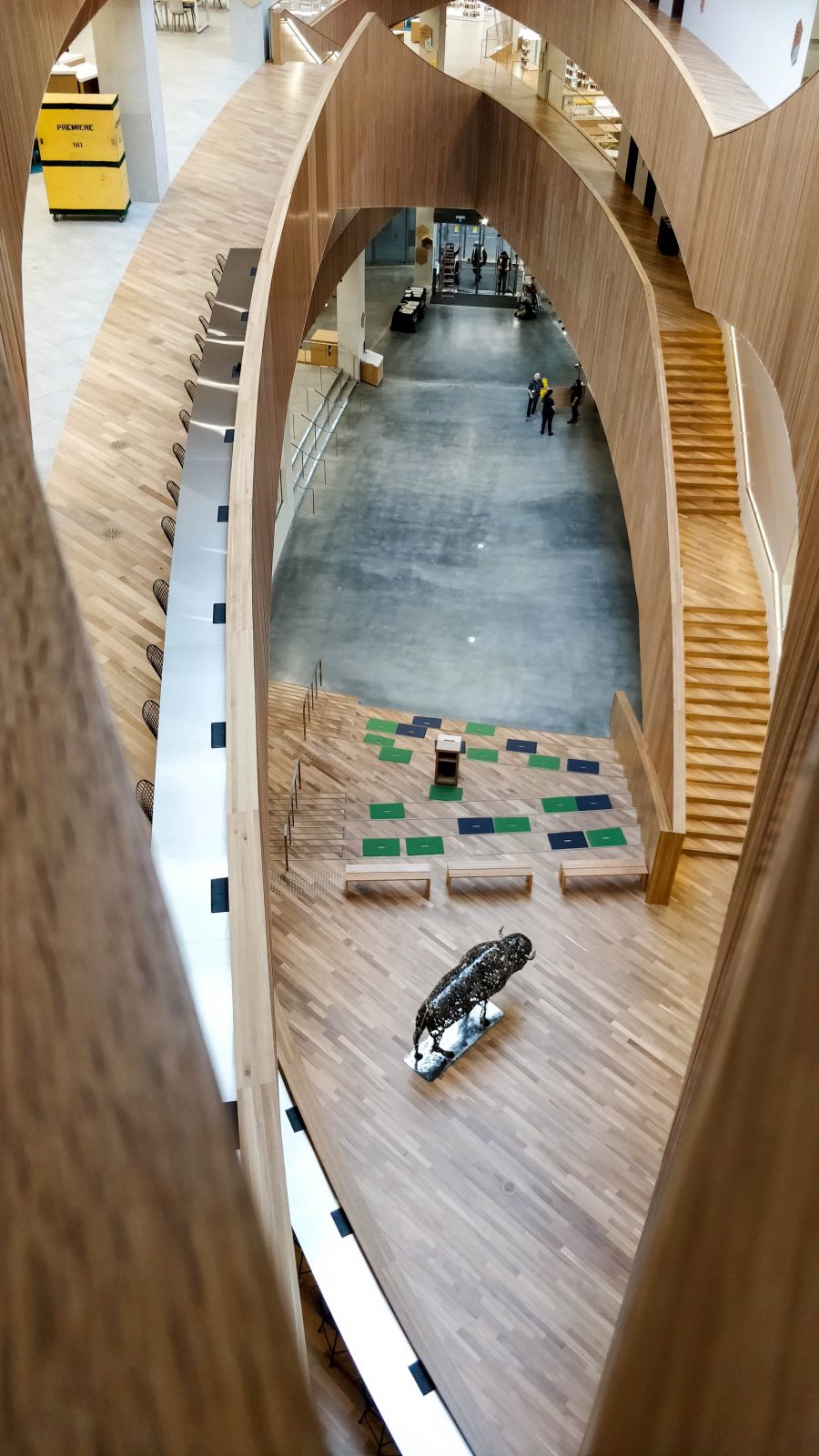 The downtown central library is beautiful and Calgary is so incredibly lucky to have it.

Where to buy marijuana / cannabis / weed / edibles in Calgary

What you need to know about legal cannabis in Canada